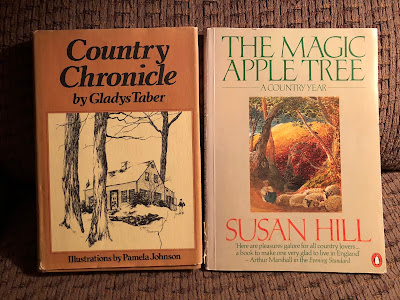 When I completed my monthly reading of Gladys Taber's Stillmeadow Daybook and Rachel Peden's Rural Free in May 2012, I ended the post with this:

For a variety of reasons I never got around to it, but I plan to begin reading both books on the first day of winter this year, December 21. And somewhere near the end of each season I will do a posting. I read Country Chronicle fifteen years ago, but haven't read The Magic Apple Tree. Oddly enough, the two women's ages are opposite to their ages when they wrote The Book of Stillmeadow and Jacob's Room is Full of Books.
Posted by Nan