Yesterday was the fifth anniversary of the day our Margaret went into the hospital with pre-eclampsia, a dangerous, scary condition that can happen in pregnancy. I've written about it here. There isn't a moment of a day that I am not thankful.

Our Hallowe'en this year was a perfect celebration of the miracle of Margaret and Hazel. It wasn't planned, which in a way made it all the more special. All the families were together except for Matthew and his mother.

For two years we've spent Hallowe'en with Michael and Estée and the boys. In the town next to where they live the tradition is a walk down the main street and trick or treating at the stores. Adults and children alike are in costume. The street isn't open to car traffic for a couple hours. It is a wonderful event.

In 2016 the family dressed as characters in Jurassic Park. 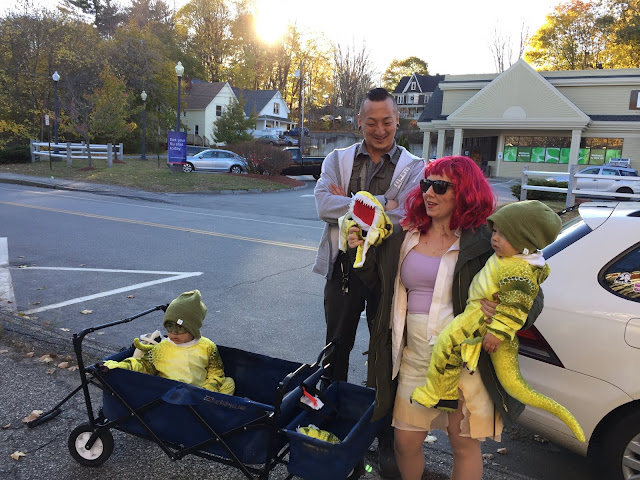 And last year Campbell and Indy were Ninja Turtles. 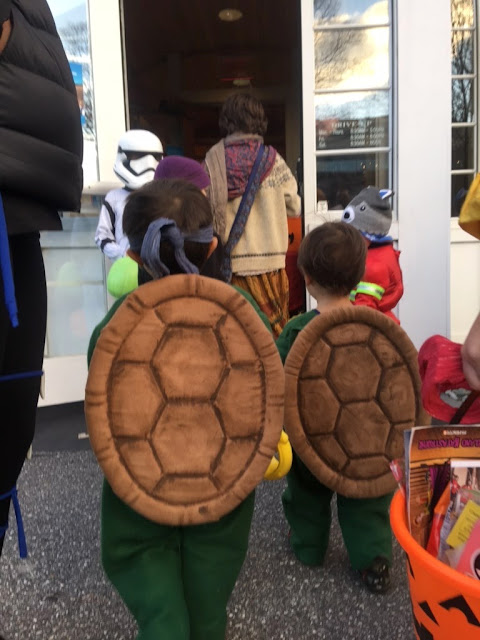 Hazel's Hallowe'ens have been spent trick or treating in our town, going first to her other grandmother's house.

Yesterday we happened to stop by to see Margaret and Hazel on our way to the boys' Hallowe'en. Even after a whole day at school, she decided she wanted to come with us. So she packed up her costume, and she and her mother hopped in the car and we were off.

We all had so much fun. The kids were older so could walk more of the street. We visited a haunted house that wasn't too scary for the little ones. We saw some really creative costumes - Wolfman and his son, a baby dressed as a mouse in a trap, a child hotdog and her mother wearing a ketchup sign, Sherlock Holmes. All ages and sizes of people. One little girl was Vampirina, as Hazel was, and they were both delighted. Campbell was a vampire and Indy a ghost. 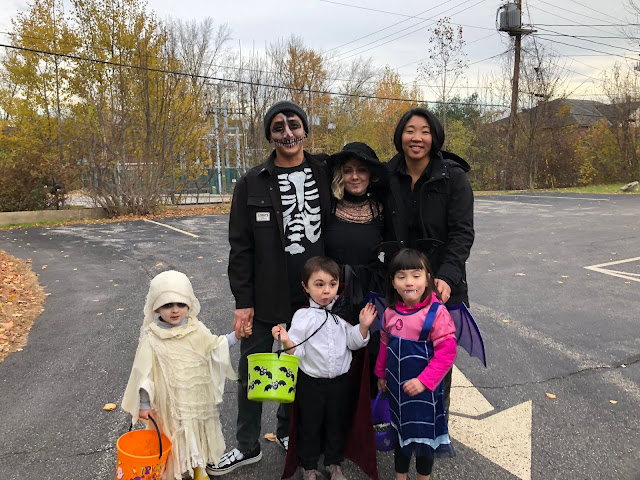 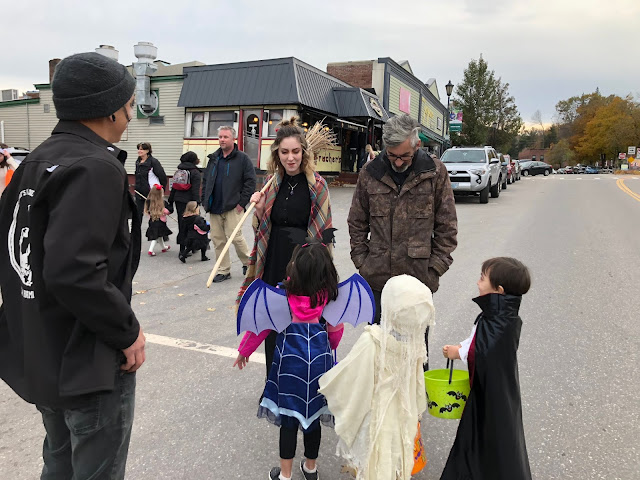 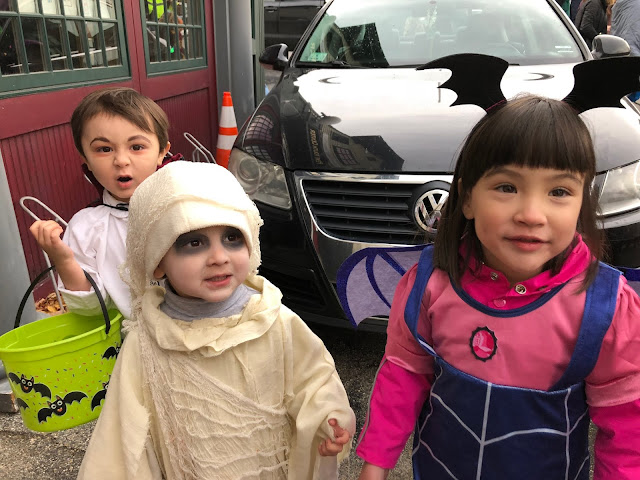 I had the happiest Hallowe'en of my life (so far)! And I'm pretty sure everyone else did too!
Posted by Nan