I don’t often say anything when I post a poem. I like the words to speak for themselves. But in this case I want to tell you a little background, which will likely be longer than the poem. First of all, I’ve been meaning to talk about Acorn TV. It is essentially a mini Netflix for Anglophiles. Many years ago I used to buy VHS recordings from the Acorn company. They were not inexpensive, but were the only source of British television programs such as Kavanagh QC. And now, Acorn has their own streaming programs. Some are very new, and others are older shows that may be difficult to find. Right now, the newest Inspector George Gently shows are being streamed. I’ve written about some George Gently books in my letters, but after the fourth in the series, I didn’t care about reading any more of them. This is one of those rare instances where the television version is superior to the book version. It gets better and better with each season, and we so enjoy the stories and the two detectives. The other evening we watched an episode in which a man taught a young boy about a poet named Roger McGough. One of his poems was recited a couple times and, of course, when the show was over I looked him up. You may learn about his life and read some poems here. You’ll be surprised at some of his movie work.

The moon is full today at 6.53 pm ET, and I thought his poem would be a fun way to celebrate. 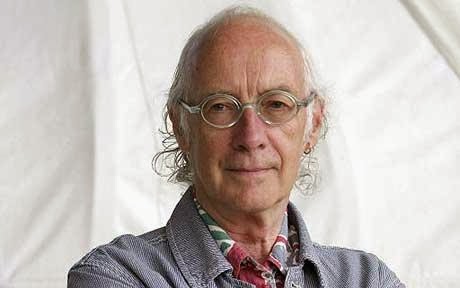