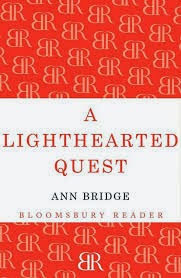 I tried a book of Ann Bridge's years ago which people had been raving about called Peking Picnic, and I just couldn't get through it. But I loved this one. I was reminded of a younger Mrs. Pollifax, the senior citizen heroine of Dorothy Gilman's series who travels around the world as a spy. Julia is asked to find her missing cousin who is heir to a Scottish estate. He hasn't been heard from in a few months, and he is desperately needed to keep the place going. Her travels take her to 1950s Casablanca, Marrakech, and Fez, and the modern reader learns of the political and social situations in these places. The descriptions are terrific, and the characters really come alive. I've already bought the second in this 8-part series. She's a wonderful character, a bit like the plucky young women we find in Agatha Christie's books. 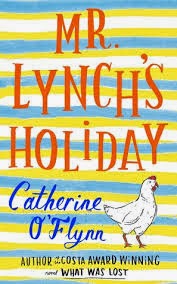 I just loved this book. It is a father and son story. It is an ex-patriate story. It is a financial collapse story. It is a wonderful story. A widower from Birmingham makes a surprise visit to his son who lives in Spain. This book is refreshingly different from anything you might expect. It was a pure pleasure to read. I read her first book, What Was Lost and wrote about it here a few years ago. 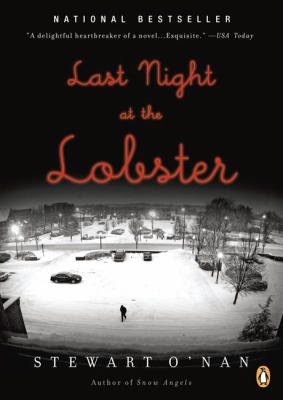 Of all the books this month, this is the one that means the most to me.

I had a friend in high school with whom I shared a great love of music - but not the same music. If I loved a band, he invariably didn’t, and the music he loved, I hated. Well, now, in my bookish life I have a similar relationship. Les and I both love to read. However, not only do we read different kinds of books, but also, when we do happen to read the same one, we almost always disagree. It is very rare indeed that we both love (or hate) the same title. Almost six years ago, Les wrote a wonderful review of this book, which was mostly about her work experiences years ago at a restaurant. I thought her memories were worthy of being published. She did not care for the book at all. Yet when I read about it, I was sure I would love it, and (no surprise) I did. And as soon as I finished, I ordered the paperback version. It is perfect from the cover to the last page inside. Tom read it and loved it as well.

Stewart O’Nan has been called the ‘bard of the working class.’ And as a reader, working class people are the ones I want to read about. One of my favorite poems is It’s The Little Towns I Like by Thomas Lux. You may read it here.  I loved all of Rick Bragg’s books. When We Were the Kennedys, and Stuck were two of my top favorite books of last year, and I loved Candacy A. Taylor’s book Counter Culture about waitresses. Just after I finished Last Night at the Lobster, I happened to read this is a local paper.

America’s restaurant and food service industry provides jobs and careers for 13 million people – 10 percent of our nation’s workforce. While restaurants serve as a stepping stone for many – one in three Americans got their first job experience in a restaurant – it’s also an industry of tremendous opportunity, where individuals of all backgrounds are given the opportunity to move up the ladder and succeed. In fact, 80 percent of restaurant owners began their careers as hourly workers in the industry.

As fewer people cook at home, as the restaurant becomes our dining room, doing a good job of managing, serving, and of course, cooking is ever more important. Stewart O’Nan shines his writerly spotlight on the people who do this work, in this case at a Red Lobster restaurant in Connecticut on its last night in business. Cooperate headquarters have decided that it 'wasn't meeting expectations and, effective December 20th, it would be closing permanently.'

I felt like O'Nan was the proverbial 'fly on the wall' taking note of these restaurant workers. He doesn't just bring them to life, he notices them. He pays attention to what they do and how they think and who they are. After reading the book, you may view your restaurant experiences in a different way.

I loved this book beyond words. I thought it a little masterpiece of writing, and of caring. You may listen to Maureen Corrigan in a five-minute review of the book here. And there's a beautiful, touching New York Times piece here. 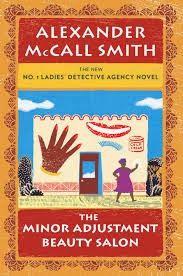 I can't really say that these books get better and better because honestly every single one of them in this long series is perfect to me. The author's compassion and caring for the people and their land of Botswana shines through in each book. It is ostensibly a mystery series, and there are always cases that Mma Ramotswe must solve, but really it is a fictional oasis for this reader. 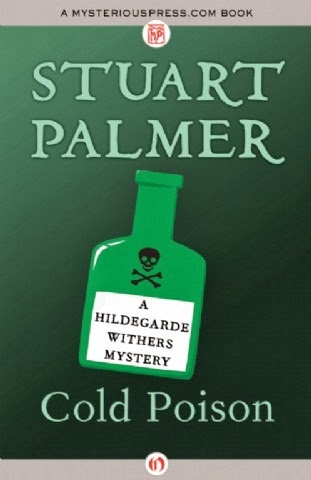 I'm frankly not wild about Hollywood stories, but since Mr. Palmer worked there for some of his life, his settings ring true. I'm coming on to the end of the Hildegarde Withers books so am spreading out my reading. I do so love her character, and policeman, Oscar Piper.

6. The Springs of Affection
Stories of Dublin A+
by Maeve Brennan
short stories (autobiographical and fictional)
published posthumously 1997 from two out-of-print collections:
Christmas Eve 1974 and In and Out of Never-Never Land 1969
Kindle
finished 1/22/14 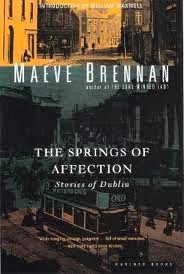 This is a book that I could write songs of praise for. I've never read anything like it. It is quite, quite wonderful. Part of the book is true - her stories of growing up in a suburb of Dublin. And the fictional ones are set in practically the same place and feel just as real. If you don't like short stories, you still might want to give them a chance because honestly, they read like chapters in the lives of various characters. I have Brennan's nonfiction pieces for The New Yorker, and a biography of her on the shelf just waiting. She led a remarkable life which ended sadly. But oh, the work she left behind. She is up there with any great writer you care to name. Really. 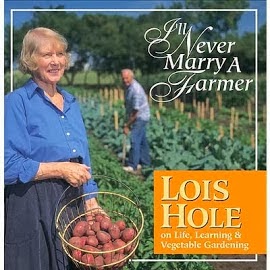 I wrote about this one here. 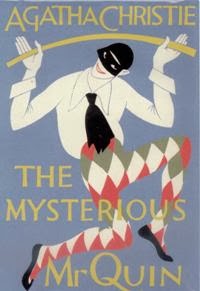 The star of this book is Mr. Harley Quin. A play on words. From the dictionary:

a mute character in traditional pantomime, typically masked and dressed in a diamond-patterned costume.
The name Harlequin is taken from that of a mischievous "devil" or "demon" character in popular French passion plays.

The main character is Mr Satterthwaite, who gets involved in various situations, and Mr. Quin always shows up to help him out. He doesn't necessarily do things, but he facilitates others to do them. 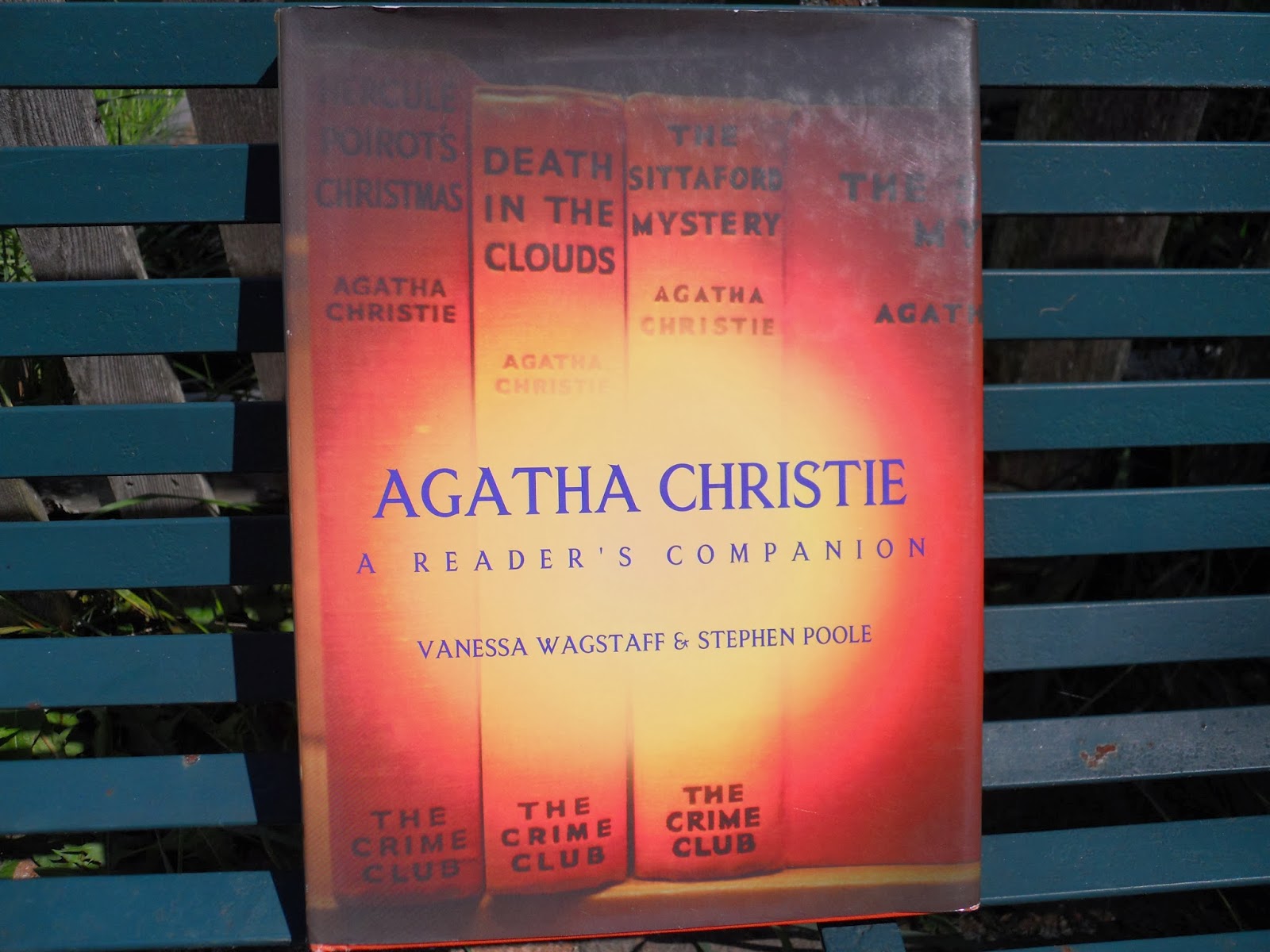 has this to say:


The detection work was usually carried out by Mr Satterthwaite, 'a little bent dried-up man with a peering face oddly elf-like, and an intense and inordinate interest in other people's lives,' but only after he had been inspired by the appearance of the mysterious Harley Quin, a self-appointed patron saint of lovers, who showed himself to his alter ego when a crime was committed which threatened to destroy the happiness of lovers. Satterthwaite without Quin seems a rather pathetic figure who lives life vicariously, but inspired by Quin the magician he is able to solve problems in a dramatic fashion that contrasts vividly with Poirot's application of his little grey cells.

I know I've said it before but Agatha is a marvel. Those who haven't read her think she's all about little Miss Marple and Hercule Poirot, which would have been plenty for this reader, but she also writes about unique characters like Quin and Satterthwaite, and spy novels, and adventure novels, and serious fiction, and on and on.

So there you have it - my marvelous month of reading. I zoomed through these books in the late hours as I wondered and worried about my new granddaughter Hazel Nina, and waited for her to come home. You may check in the blog archive to the right under December, January, and this month if you haven't heard about her.