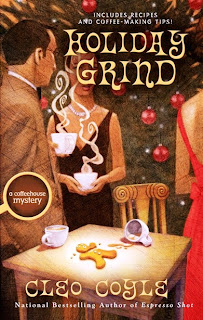 The season for Christmas books has begun! This year I set up a reading schedule of the Coffeehouse books so that I'd read the Christmas installment in November.  And now the authors (Cleo Coyle is really Alice Alfonsi and her husband Marc Cerasini) have a new holiday book which is coming out December 4. Since I have three books to read ahead of it, I'll portion out my reading over the months so I can read Holiday Buzz in November 2013. Though I prefer doing so, this isn't a series that really has to be read in order since the author does such a good job of catching the reader up on who's who.

In Holiday Grind, our utterly unstoppable heroine, Clare Cosi finds the body of a friend who dresses up as Santa each year. Who would kill Santa Claus?

This isn't a light, cheery little Christmastime mystery. It illustrates that sadness and melancholy and troubles don't magically disappear when December rolls around. In addition to the murder, we see Clare's boyfriend, Mike Quinn's problems with his ex-wife.

As I've noted, each book in the series focuses on a different part of New York City. In this one, we ride the Staten Island Ferry 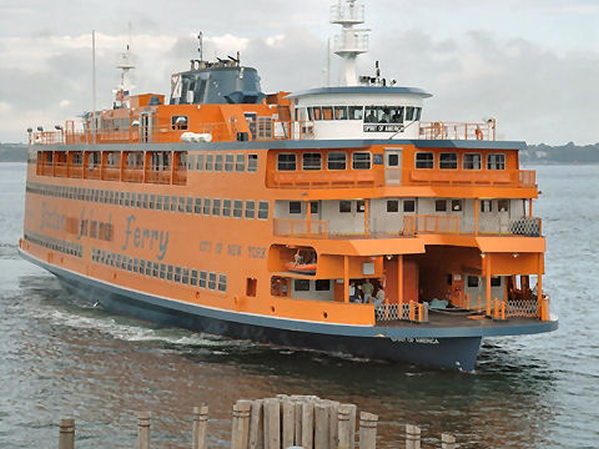 out to Staten Island. Here is a photo of the damage there from Sandy. I can't help but think that Cleo Coyle will write about this storm in an upcoming Coffeehouse mystery. 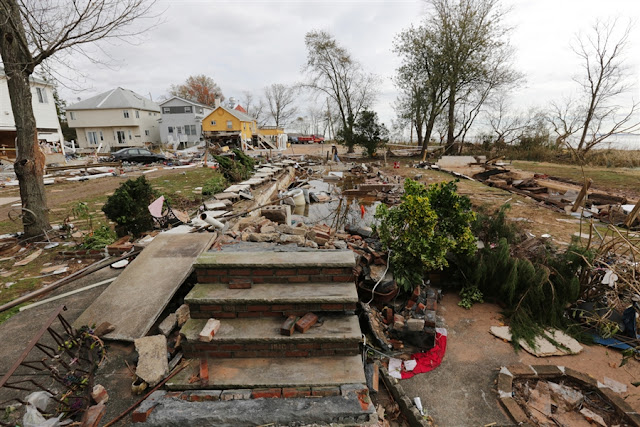 The love the authors have for the city and its environs is evident. A great, great series.

I might not have included this as an entry for the Foodies Challenge since there wasn't as much coffee information as in the other books, but a large portion of the book is devoted to Christmasy foods and coffees which makes it practically a little cookbook. Here are just a few of the topics.

I would recommend you buy a copy for yourself and wow your friends and family with food and drink for the season, and enjoy a great mystery at the same time!
Posted by Nan