Short Stories on Wednesdays - The Adventure of the Christmas Pudding 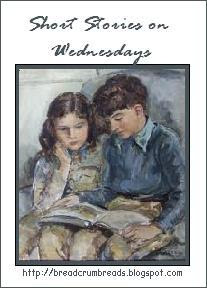 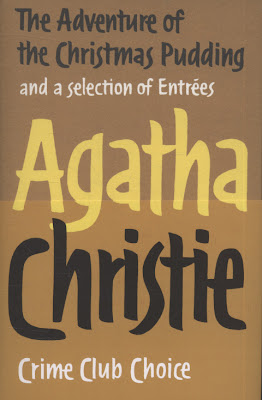 I am particularly fond of this old cover because it best expresses what Agatha Christie meant when she offered this collection. She says in the foreward:

This book of Christmas fare may be described as 'The Chef's Selection'. I am the chef!

Isn't that delightful?! It is just the sort of humor I imagine the great writer to have had. She goes on to say:

There are two main courses: The Adventure of the Christmas Pudding and The Mystery of the Spanish Chest; a selection of Entrées: Greenshaw's Folly, The Dream and The Underdog, and a Sorbet: Four-and-Twenty Blackbirds.

She tells the reader that this story 'recalls to me, very pleasurably, the Christmases of my youth.'

After my father's death, my mother and I always spent Christmas with my brother-in-law's family in the north of England - and what superb Christmases they were for a child to remember! Abney Hall had everything! ... So let me dedicate this book to the memory of Abney Hall - its kindness and its hospitality. 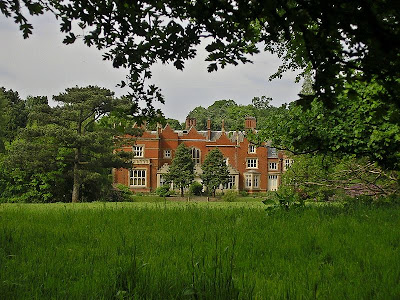 The story begins with a man from the government asking Hercule Poirot for help. He is accompanied by a young man, an engaged 'potentate-to-be, the only son of the ruler of a rich and important State' who has committed an indiscretion in England. While dining with a woman, he let her wear a famous ruby from his country's collection. She leaves to 'powder her nose' and disappears with the jewel. The government fellow, Mr. Jesmond requests that Poirot spend Christmas at a country house where he expects the ruby's thief will be in attendance. Hercule Poirot is not enthusiastic about the idea, thinking the place will be cold and uncomfortable. 'In the winter, I do not leave London.' Mr. Jesmond woos him by saying the old house has been modernized with central heating and hot water and radiators in all the bedrooms.

A lot happens in this short story. Someone tries to drug Poirot. He receives a note telling him not to eat the plum pudding. The owner of the house almost chokes on a piece of 'red glass' in his Christmas pudding and Hercule Poirot quietly pockets it. There is a staged murder which may be the real thing. And there is a group of young people with high spirits and great energy. And at the end M. Poirot is even kissed under the mistletoe! A thoroughly enjoyable and fun mystery! I expect I shall read more of these stories in the next few weeks.

The Adventure of the Christmas Pudding, an expanded version of a story with the same name which first appeared in The Sketch magazine December 11, 1923. It also appeared in other collections over the years, including Double Sin and Other Stories, 1961, in which it was called The Theft of the Royal Ruby. This collection was published in England in 1960.
Posted by Nan