Death in the Clouds by Agatha Christie 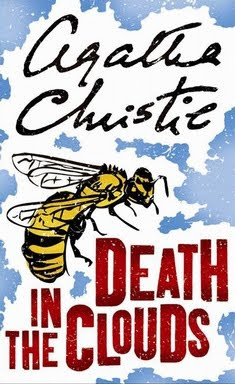 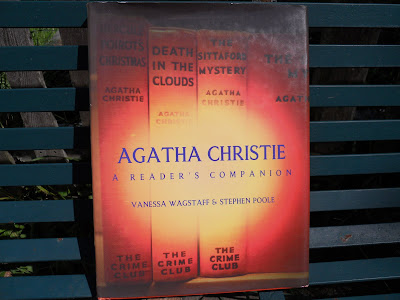 My beloved and much-used Agatha Christie Companion says that the reviews for this book were 'a little mixed.' I am on the side of the New York Times:

'A crime puzzle of first quality and mighty entertaining story besides.'

I thought that Death in the Clouds was such a good little mystery. It comes under the 'locked rooms' category in that a murder occurs on an airplane, traveling from Paris to Croydon, while it is in the air. A woman is killed by a poison dart. This seems like such an odd way to commit a murder but it all makes sense as the story goes along. Poirot is aware that he is looked upon as a bit of a 'has-been.' He says,

'Our friend Giraud would urge you to pay no attention to my vagaries. "Be up and doing," he would say. "To sit still in an armchair and think, that is the method of an old man past his prime." But I say that a young hound is often so eager upon the scent that he overruns it...For him is the trail of the red herring.'

And another time he notes that 'I am old-fashioned in my methods. I follow the old adage: seek whom the crime benefits.'

Though Poirot and his life don't change much, expressions such as these show the reader the passing of time. However, it doesn't faze Poirot what others may think. He knows that he shall solve the crime with the use of those iconic 'little grey cells.'

This is the plane Agatha referred to: 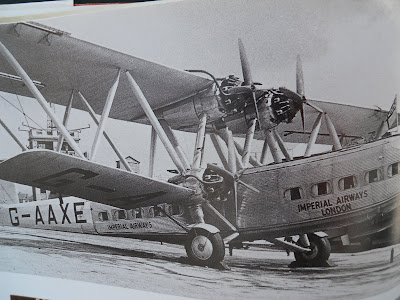 And here, from the Agatha Christie Companion is the information about it if you are interested. Click photo to see it more clearly. This is an example of why I love this book so much. The authors bring the time and setting of a book to life for the reader. 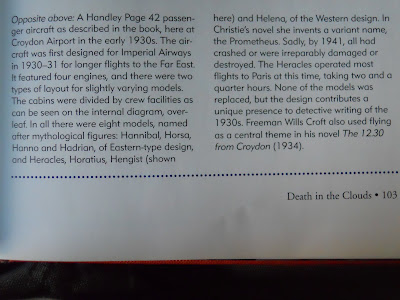 'The interior of the Handlev Page 42, displaying the exact layout of the passenger seating and cabin crew, the scene of the crime in Death in the Clouds.' 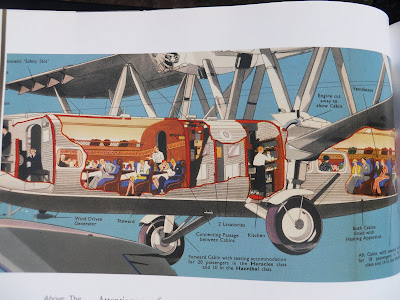 And there is even a timetable. 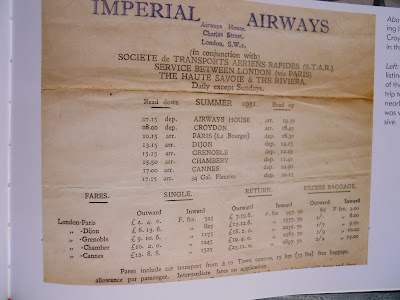 The killer must be someone on the plane. The plot is ingenious, the story quite involved, and the surprising culprit made this an excellent Agatha Christie mystery.
Posted by Nan