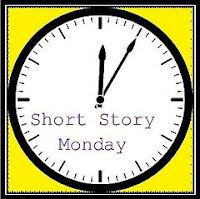 You may visit here for more short stories. 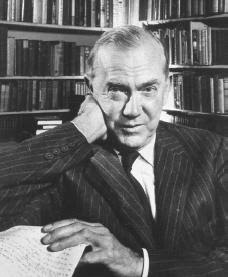 I wanted to read The Basement Room because I rented the movie, The Fallen Idol from Netflix, and saw it was based on this Graham Greene story. I wasn't able to find a copy at my local library, but happily it was online.

The story begins with a little boy full of the sense of freedom children feel when their parents leave the house. In this case, they will be gone for two weeks. The household is 'between nurses' and his caretakers will be the butler, Baines, and the housekeeper, Mrs. Baines. The boy, Philip explores through the house which is in Belgravia, London. He is seven years old and goes looking for Baines in his quarters.

... then he set foot for the first time on the stairs to the basement. Again he had the sense: this is life. All his seven nursery years vibrated with the strange, the new experience. His crowded brain was like a city which feels the earth tremble at a distant earthquake shock.

Baines takes the boy under his wing, and tells him tales of his former life in Africa. Mrs. Baines is clearly the boss and is cruel to both her husband and the boy.

He heard Mrs. Baines's voice like the voice in a nightmare ... it was sharp and full of malice, louder than people ought to speak, exposed.

Though Baines is more kindly toward the boy, he still involves him in more than his young self can emotionally take. He is way too young to comprehend the ways of grownups. This involvement really mars him for life.

... he was less sheltered than he had ever been; other people's lives for the first time touched and pressed and molded. He would never escape that scene. In a week he had forgotten it, but it conditioned his career, the long austerity of his life.

The Basement Room was a most gripping story. We really come to care for this little boy and understand how he feels. Somehow the author remembered the way a young child thinks and behaves which gave the story a sense of realism. It is also beautifully written.

The night-light stood beside the mirror and Mrs. Baines could see there her own reflection, misery and cruelty wavering in the glass, age and dust and nothing to hope for. She sobbed without tears, a dry, breathless sound, but her cruelty was a kind of pride which kept her going; it was her best quality.

This is a truly excellent short story. It was published in 1935 in a collection called The Basement Room and Other Stories. I've only read one of his novels, The End of the Affair and thought it wonderful. I definitely want to read more of his short stories. A caveat: when Baines tells his Africa tales there are offensive references to the natives. They are probably realistic words for that time and for that person, but are jarring to the reader of today. 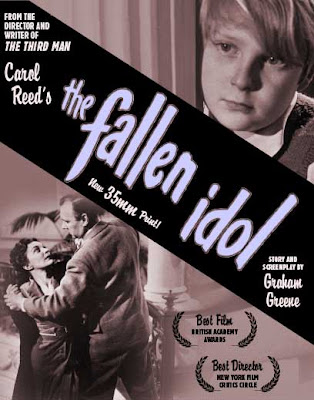 And the movie was also fantastic. It was written by Greene himself, and though it varies a bit from the story, it is really a perfect version of The Basement Room. I read it was his favorite of all his adaptations. I love black and white movies, and I love movies from this time and place, post Second World War Britain. I found the following information online:

“You won’t find anything else half as entertaining!”
– Stuart Klawans, The Nation

“One of the most brilliant demonstrations of point of view filmmaking… reminds us of the glories of the black-and-white cinema at its peak.”
– Andrew Sarris, The New York Observer

“A superior psychological drama [to The Third Man]… Fiftysomething years back, The New York Times called it 'a major delight of the season' – as could be said of this revival… As the eponymous idol, Richardson is quietly splendid. His buttoned-up butler is an amiable fabulist, roguish yet decent, understated but passionate. The yearning with which he regards the radiant Morgan fuels the movie.”
– J. Hoberman, The Village Voice


(1948) With father the ambassador and mother both away, eight-year-old Phil’s only companions for the weekend in his cavernous London embassy residence will be his beloved pet snake; his idol, Baines the butler (Ralph Richardson); and his dreaded nemesis, the snake-hating housekeeper, Mrs. Baines. And when Phil trails Baines to a tea room tryst with embassy staffer Julie (Michèle Morgan) — Baines claims she’s his “niece” — he becomes the solemn bearer of a Secret. But when an idyllic afternoon at the zoo is topped by a nighttime tragedy, and those soft-spoken police arrive to ask all those polite questions, Phil enters a world of lies that unintentionally implicate his idol in murder.

Oscar-nominated for direction and screenplay, winner of Best Director awards from the New York Film Critics Circle and the National Board of Review and the Best Screenplay prize at the Venice Film Festival, and named the best British film of its year by the British Film Academy, FALLEN IDOL has in recent years gotten lost as the middle child of Reed’s greatest period (between Odd Man Out and Third Man) -- it has long been out of print on video and never on DVD. Seen again, it clearly ranks among the director’s greatest works, effortlessly combining a sensitive child’s-eye-view of the world with a poignant love story -- and suspense that rivals Hitchcock.

It says it isn't on dvd in this piece, but thankfully it is now, and so worth your time. It was such a treat for me to read the story in the morning and watch the movie that evening. Both are outstanding. There are great extras on the dvd which talk about Carol Reed and his work.
Posted by Nan