April in my neck of the woods

There is a stanza in Robert Frost's poem "Two Tramps in Mud Time" that describes an April moment when air and sky have a vernal feeling, but suddenly a cloud crosses the path of the sun and a bitter little wind finds you out, and you're back in the middle of March. Everyone who has lived in the country knows that sort of moment - the promise of warmth, the raised hope, the ruthless rebuff.

There is another sort of day that needs celebrating in song - the day of days when spring at last holds up her face to be kissed, deliberate and unabashed. On that day no wind blows either in the hills or in the mind, no chill finds the bone. It is a day that can come only in a northern climate, where there has been a long background of frigidity, a long deficiency of sun.

We've just been through this magical moment - which was more than a moment and was a whole morning - and it lodges in memory like some old romance, with the same subtlety of tone, the same enrichment of the blood, and the enchantment and the mirth and the indescribable warmth. ... The full impact wasn't felt until the sun had climbed higher. Then came, one after another, the many small caresses that added up to the total embrace of warmth and life - a laziness and contentment in the behavior of animals and people, a tendency of man and dog to sit down somewhere in the sun. ... When I went back through the kitchen I noticed that the air that had come in was not like an invader but like a friend who had stopped by for a visit.


We've had just such a day today. There is a little breeze, as there almost always is on this hill, but it is just enough to tinkle the wind chimes. The air has a soft feeling, the light is so gentle, and even the songs of the chickadee, the junco, the robin are more subdued. There is a calm which has come over the whole of Windy Poplars Farm, and we are all grateful. 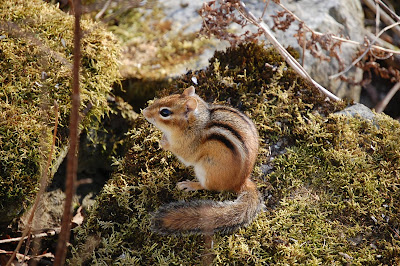 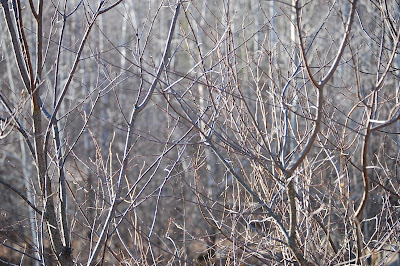