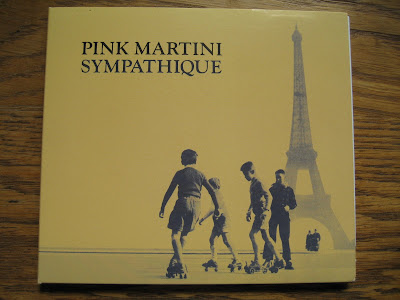 Well, here's another Pink Martini album for you! This is their first one. So, 1997, 2004; may we expect the next one in 2011? I sure hope it is sooner. If you (Laura and Marcia - the fans do!) live near any of the places on their upcoming tour, I'd get tickets. I bet they are just wonderful in person. I saw on the tour list that there is a "record release" concert in Portland, Oregon in May, so it looks like we don't have to wait another three years. Hooray.

The song playing is Brazil.