The gift of old books

I wrote recently about a cookbook my sister-in-law sent me. That same woman also gave me a big box of old books she had sitting on her shelves. I guess I must be known as a book lover! Anyhow, I was as delighted as could be. This was in October 2017, and I've been meaning to write about them ever since.

These are pictures I took when I first opened the box. 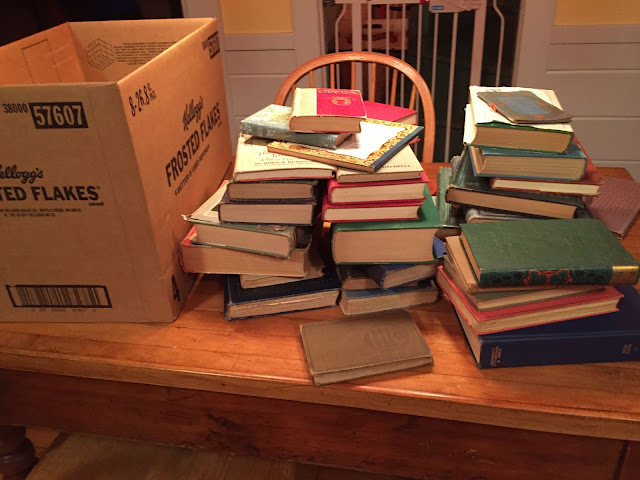 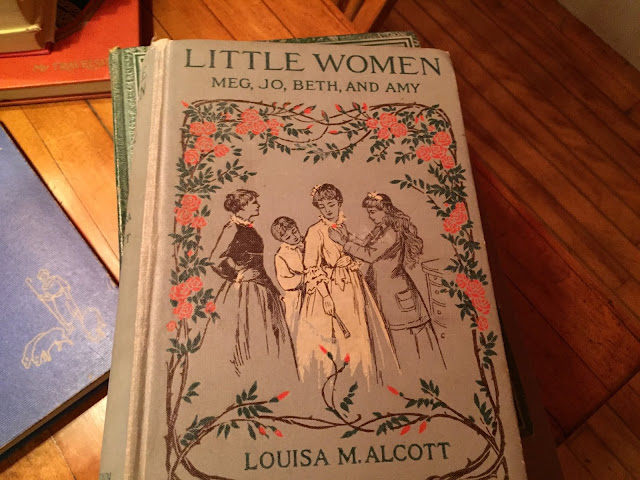 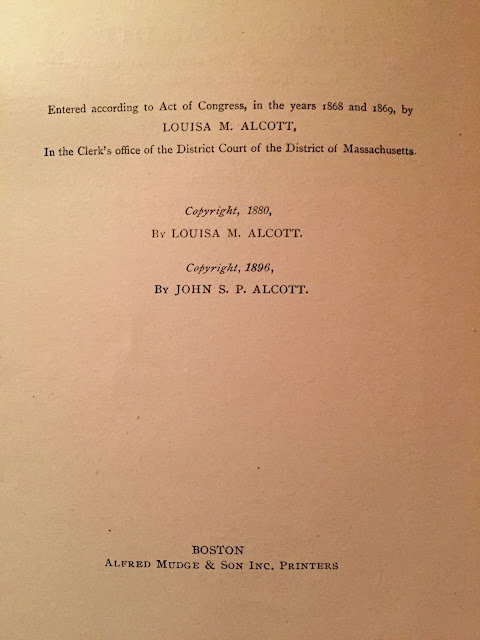 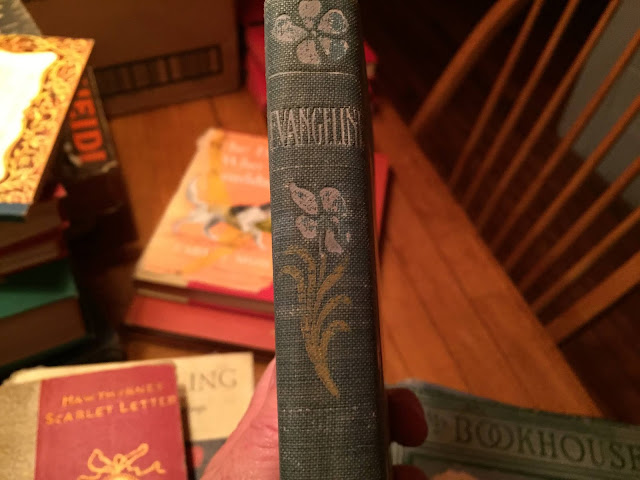 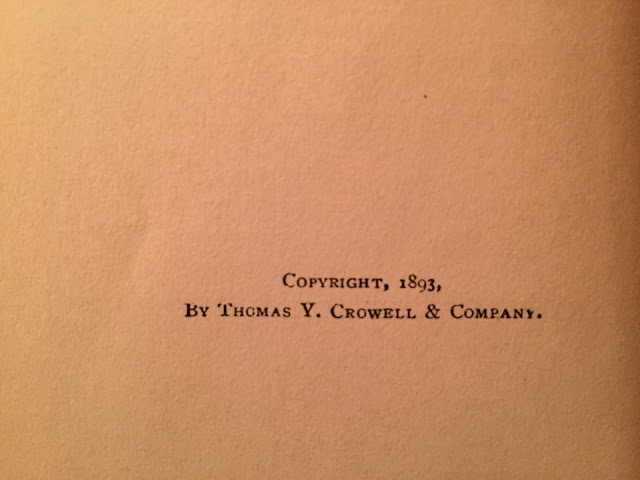 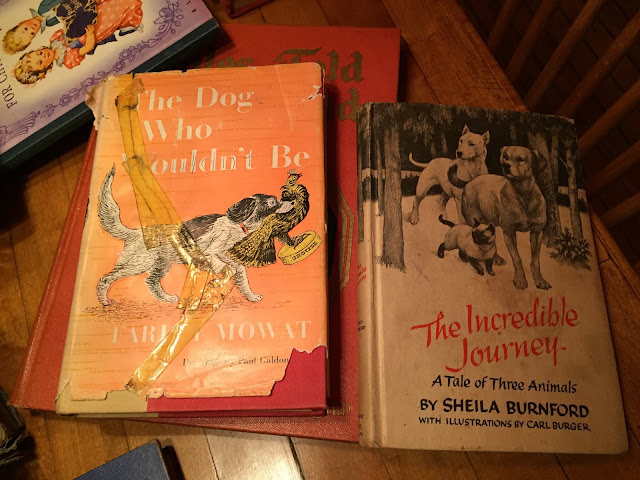 The variety shows the interests of children from Tom's grandmother's childhood, through his mother's, to his sisters'. Mrs. Mike which I noted here was one of the books in the box. 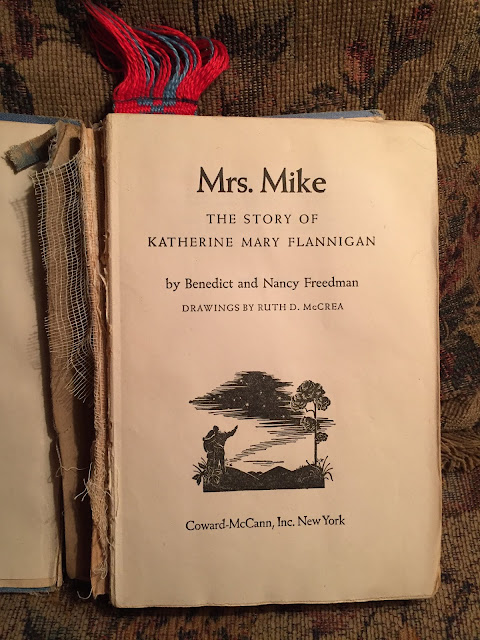 The cover isn't in great shape but it made me love it all the more.

So far, this is the only one I've read, but they sit patiently on the floor of the study waiting for me. 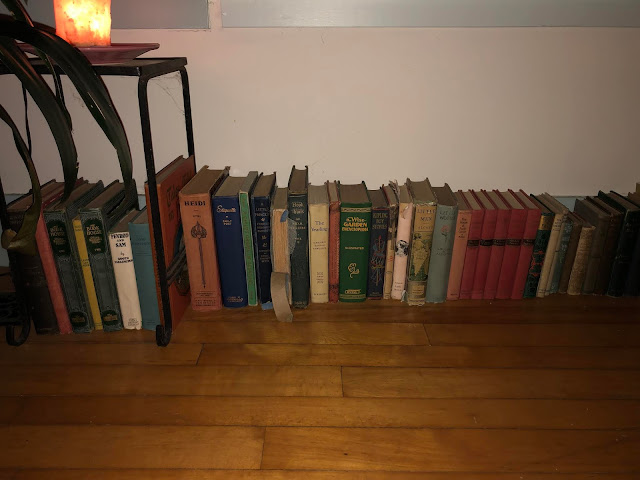