Labor Day at the Fair 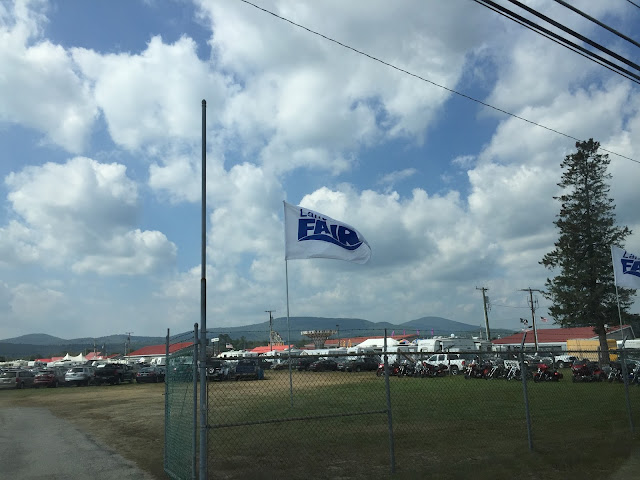 Yesterday we went to the fair -Tom and I, our kids, and their kids. It was heaven. I was so happy! It was very hot. Michael and Estée brought their little wagon which kept the sun off Hazel and Campbell. 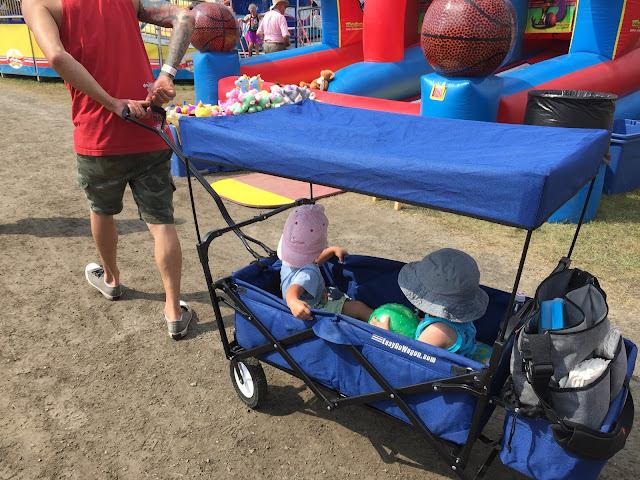 Little Indy Thomas, who turned two months old, was asleep the whole time. Next year he can join the big kids in trying out all the four-wheelers and snow mobiles. 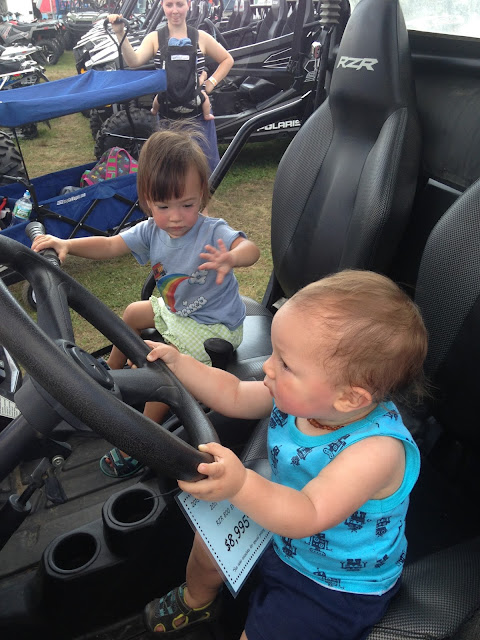 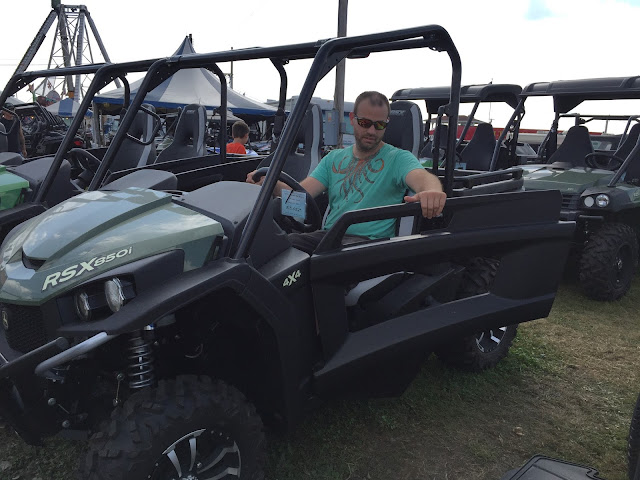 We were all set to take the kids on the merry-round but the rule was the child had to be 36 inches tall. It surprised me because years ago, I took my kids on the merry-go-round when they were very little. As it turned out, there was just one ride they could go on with a parent, a Thomas train. 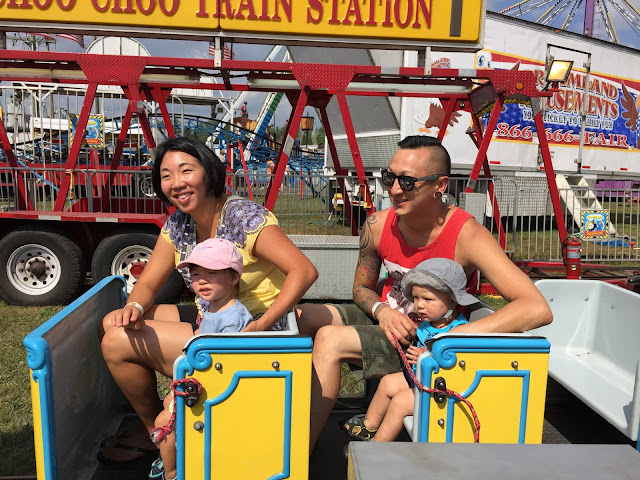 Michael and Estée had taken the boys to another fair the day before, and Campbell Walker got to go down a slide with his daddy, and ride the merry-go-round, 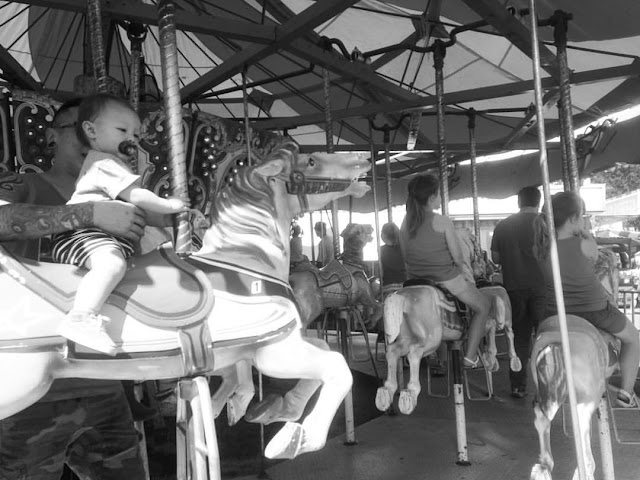 Margaret's first time at the fair - about 13 months old. Not only could she ride the merry-go-round but also that little car. I don't look too safe though, do I? 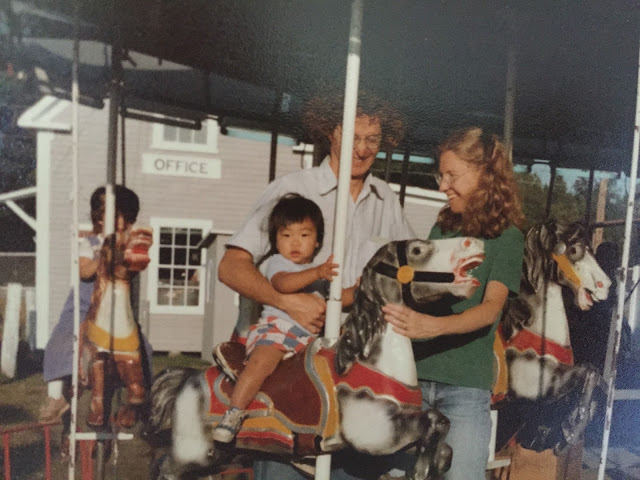 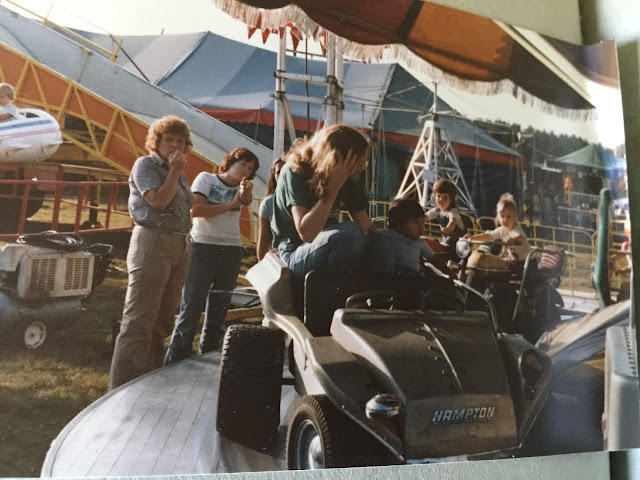 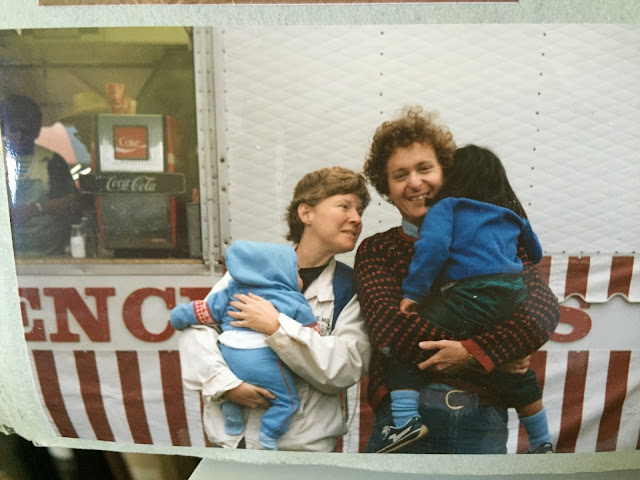 and by the next year - at 16 months, he was enjoying the merry-go-round. 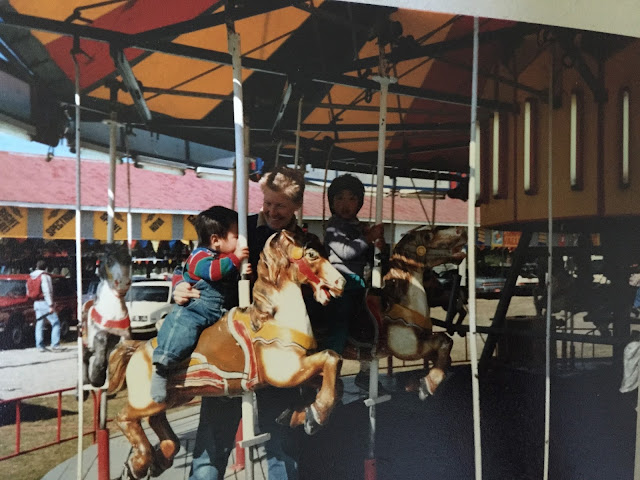 We ran into the same man I mentioned in a 2012 posting. This spring we all lived in fear as he went through a horrible cancer operation, but he is well, healed, with no concerns now. I hadn’t seen him since, and I couldn’t stop hugging him and crying. We also ran into our neighbors who told of their grandsons whose ‘world has expanded beyond us now.’ One is in college and the other in high school. It’s an emotional thing for me, the fair. My fair. It is a marker of our life, our children’s lives, and now our grandchildren’s lives. Last year Matthew and Margaret brought Hazel Nina, and they were remarking on how different she is this year, and I was thinking how different Indy Thomas would be next year. ‘The seasons they go round and round.’ (Joni Mitchell's The Circle Game)
Posted by Nan