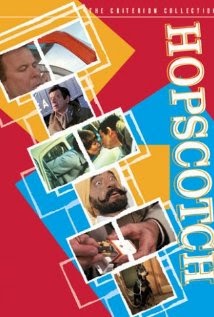 How do I explain why I love this 1980 movie so much? I must have seen it when it first came out, but since then I haven’t gone looking for it, or even remembered it particularly. But a while ago I watched it, and then watched it again, and again, and then finally bought the DVD.

I think one of the reasons I love it is that the hero, Miles Kendig, played by Walter Matthau, is always in control. There is never a moment in the film when he is outsmarted or thwarted or in danger. Another reason the movie is so appealing is takes place in some beautiful locations - Salzburg, London, the English countryside, Savannah, and Munich.

Kendig is a savvy ex-CIA agent who decides to write his memoirs when the agency demotes him to an office job. He reconnects with an old girlfriend, played by Glenda Jackson. They have one of the best on-screen relationships ever. They really understand and deeply love one another. 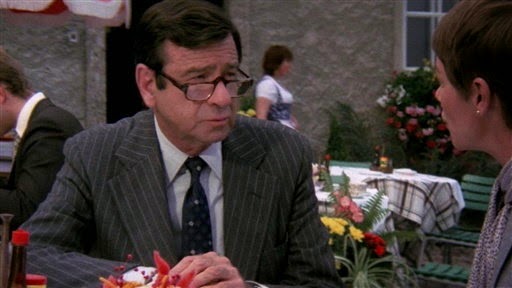 The movie is fast-paced and funny and relaxing because we know that Matthau will come out on top. Now that I have the DVD, I watch it as often as I like, and I never, ever tire of it. The cast is excellent, and Matthau’s son and step-daughter are also in the film which makes for a little extra fun.

Another treat is that Kendig is a Mozart fan so there is a lot of beautiful music. There’s a great deal of humor - some slapstick and some intellectual and I love it all.

Here are a couple quotes from the movie that I found interesting.

At one point there is a discussion about how many publishers are in London, and the answer was

A dozen or so major houses. Perhaps 30 or 40 small presses.

I wonder how many there are now. I’d guess a lot fewer.

And there's a funny line spoken by Isobel -

An American without ice in his drink is unthinkable, if not unconstitutional.

This is certainly true of all the Americans I know, but not this one. I never put ice in my cosmo.

You may read a great review of Hopscotch here. And you may watch it on Hulu Plus.

If you buy the DVD, there is a wonderful conversation with the writer of the book, which won the Edgar Award in 1976, Brian Garfield and the director of the film Ronald Neame who says that Hopscotch "didn’t get very good reviews but it was tremendously popular."

Here is the trailer