3. The Mountains Have a Secret - book 12 in the Inspector Napoleon Bonaparte series
by Arthur Upfield
mystery 1948
kindle
finished 1/19/15

Another four Arthur Upfield mysteries! And with book 10, I felt a little change. Every book, except one, up to this one was set in a remote area of Australia with Bony pretty much invincible. Now he is called to solve crimes in suburban areas, or cities or towns. He still finds clues on neighborhood lawns and pathways the way he could in the bush, but the emphasis isn't as prominent. The reader isn't reading about trees and sand and endless travel, but more 'regular' murder cases. And we see Bony as more vulnerable. He is apt to make mistakes. He has always felt his great strength to be patience, and though he still makes use of it, it is harder to maintain in the more populated, busier locations. Sometimes another murder occurs because he hasn't solved the first one yet. The books have a more modern feel because of this.

Also, the reader isn't subjected to as much racism. Bony isn't always thinking about his Aborigine and white heritage, and happily for this reader, he is not referred to as a 'half-caste' any longer. My sense is that we are seeing a post-war Australia with new ways of thinking, and more psychological crime.

From An Author Bites the Dust:

“Have you read any novels by Mervyn Blake [the character who dies]?” “No. I don’t care for Australian novels. I borrowed one of Wilcannia-Smythe’s [another character] just because I saw the man in the next door garden. It was all about the bush, you know, and gumtrees and things, but the characters were just too terribly, crashingly boring. He’s frightfully clever, you know. At least the paper says he is. I like a book that tells a story - you know, books by Conrad and John Buchan and S.S. Van Dine.”

I wonder if Upfield was feeling the sting of this kind of criticism, and so changed his settings and cases to counter it.

I feel a bit like I am taking a course on Australia through the years. I'm reading the whole series on the kindle, but recently bought the print versions of Upfield's short stories, and a book about the series itself. 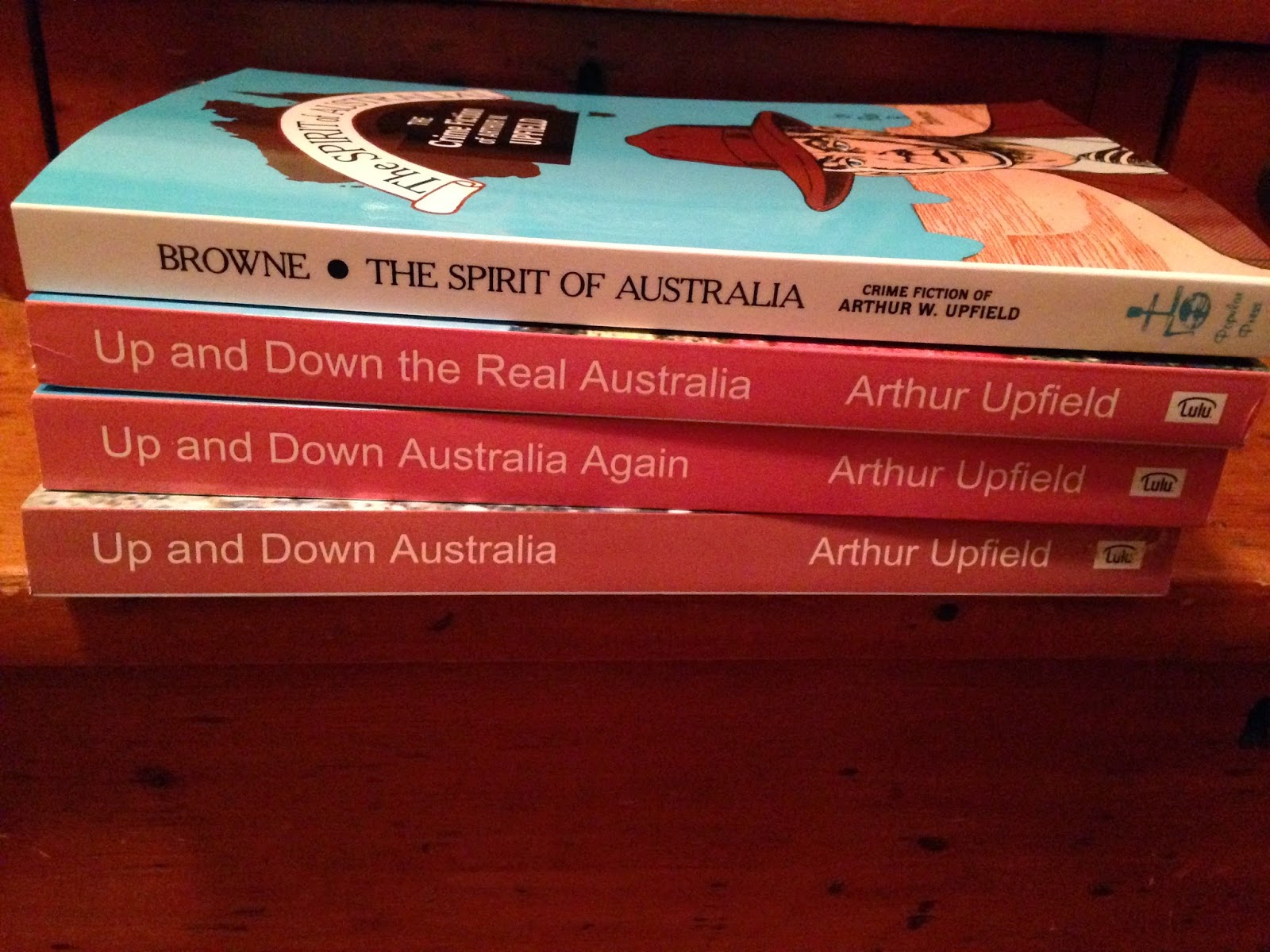