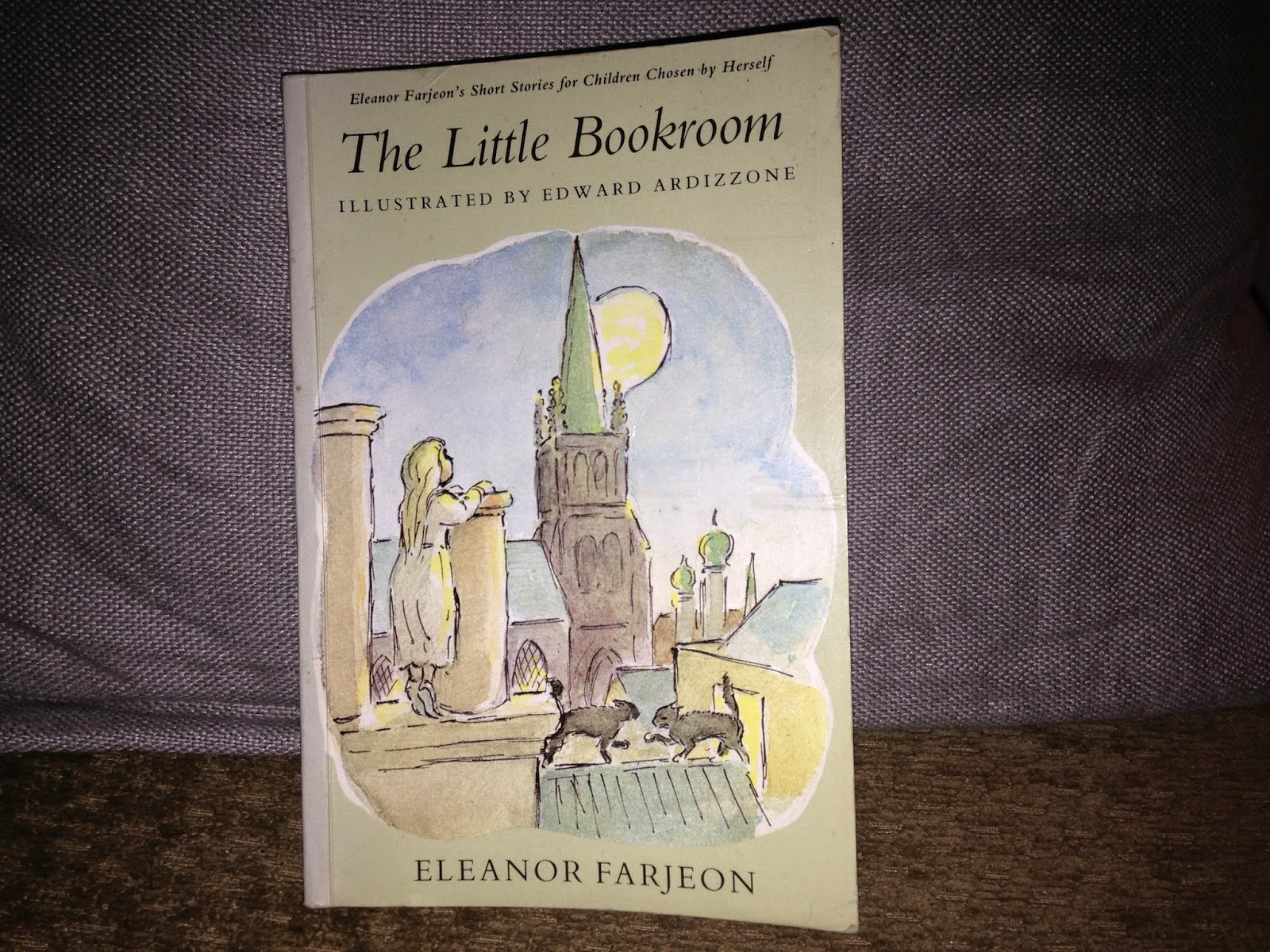 In the home of my childhood there was a room we called ‘The Little Bookroom.’ True, every room in the house could have been called a bookroom. Our nurseries upstairs were full of books. Downstairs my father’s study was full of them. They lined the dining-room walls, and overflowed into my mother’s sitting-room, and up into the bedrooms. It would have been more natural to live without clothes than without books. As unnatural not to read as not to eat.

Of all the rooms in the house, the Little Bookroom was yielded up to books as an untended garden is left to its flowers and weeds. There was no selection or sense of order here. In dining-room, study, and nursery there was choice and arrangement; but the Little Bookroom gathered to itself a motley crew of strays and vagabonds, outcasts from the ordered shelves below, the overflow of parcels bought wholesale by my father in the sales-rooms. Much trash, and more treasure. Riff-raff and gentlefolk and noblemen. A lottery, a lucky dip for a child who had never been forbidden to handle anything between covers. That dusty bookroom, whose windows were never opened, through whose panes the summer sun struck a dingy shaft where gold specks danced and shimmered, opened magic casements for me through which I looked out on other worlds and times than those I lived in: worlds filled with poetry and prose and fact and fantasy. …

Crammed with all sorts of reading, the narrow shelves rose halfway up the walls; their tops piled with untidy layers that almost touched the ceiling. The heaps on the floor had to be climbed over, columns of books flanked the window, toppling at a touch.

I read this introduction to Hazel Nina as she was beginning to drift off to sleep. I don't have a picture of the little lass sleeping but here she is playing in the crib when she awoke. 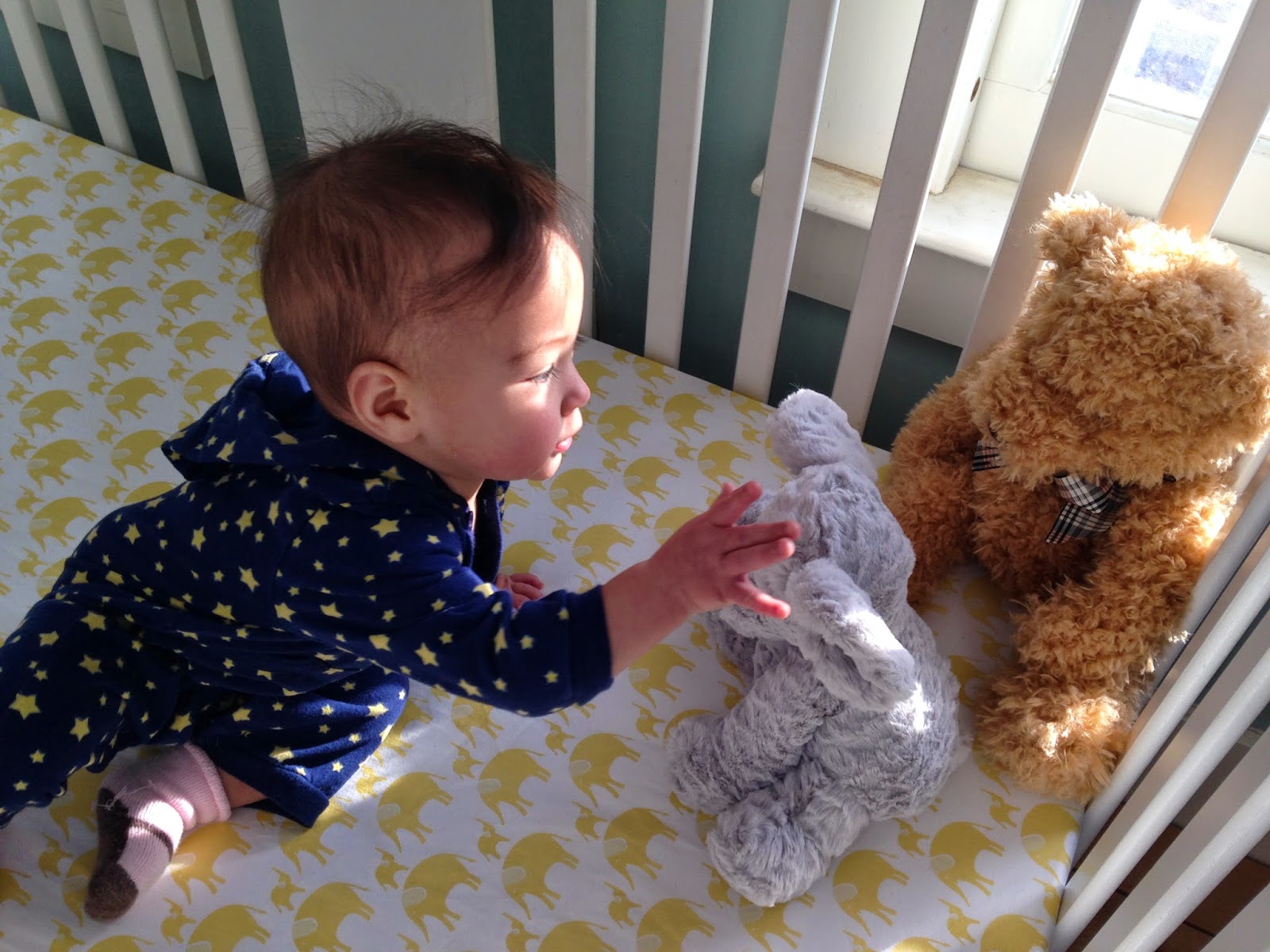 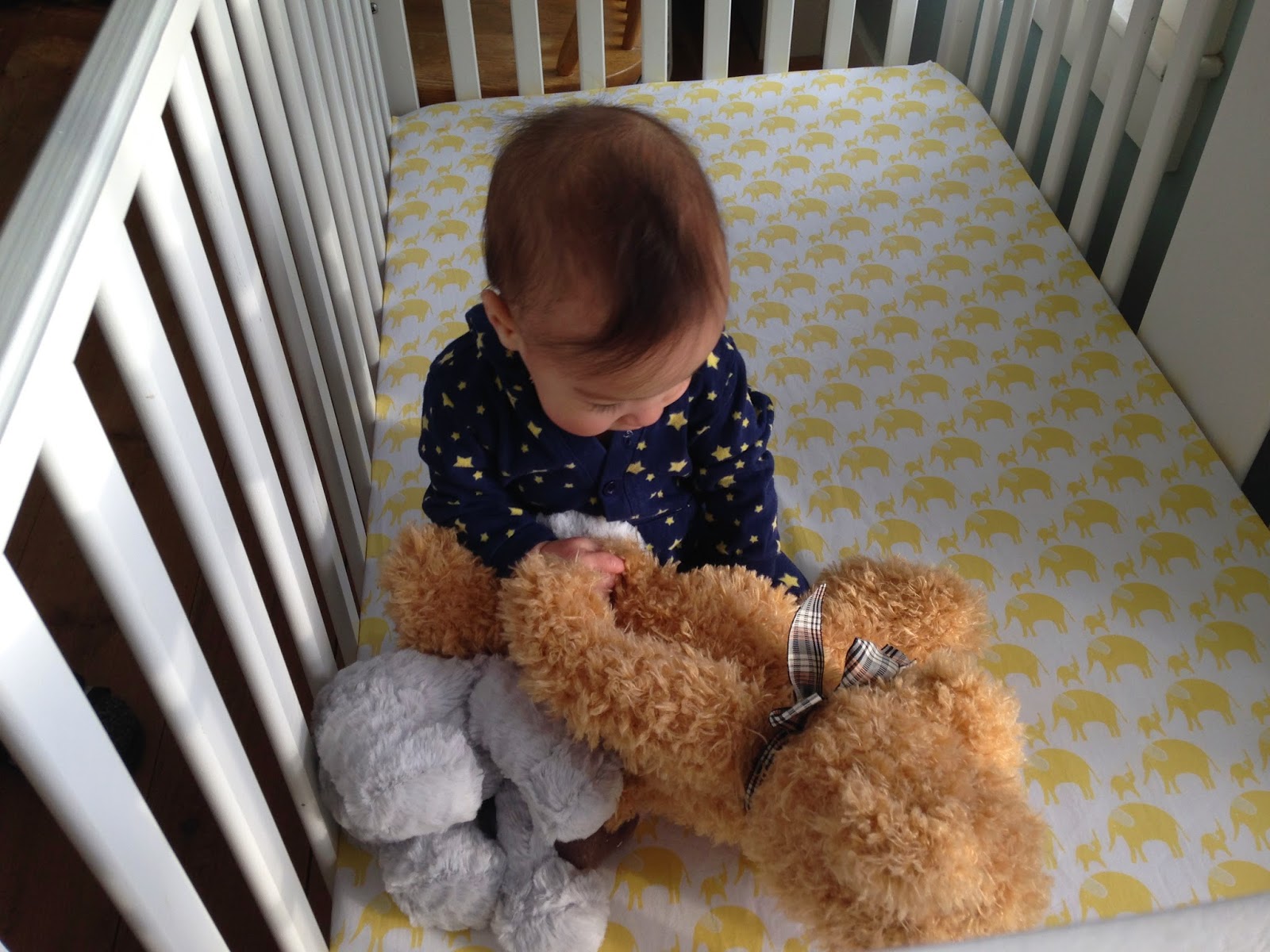