A Year of Afternoon Gardens - November 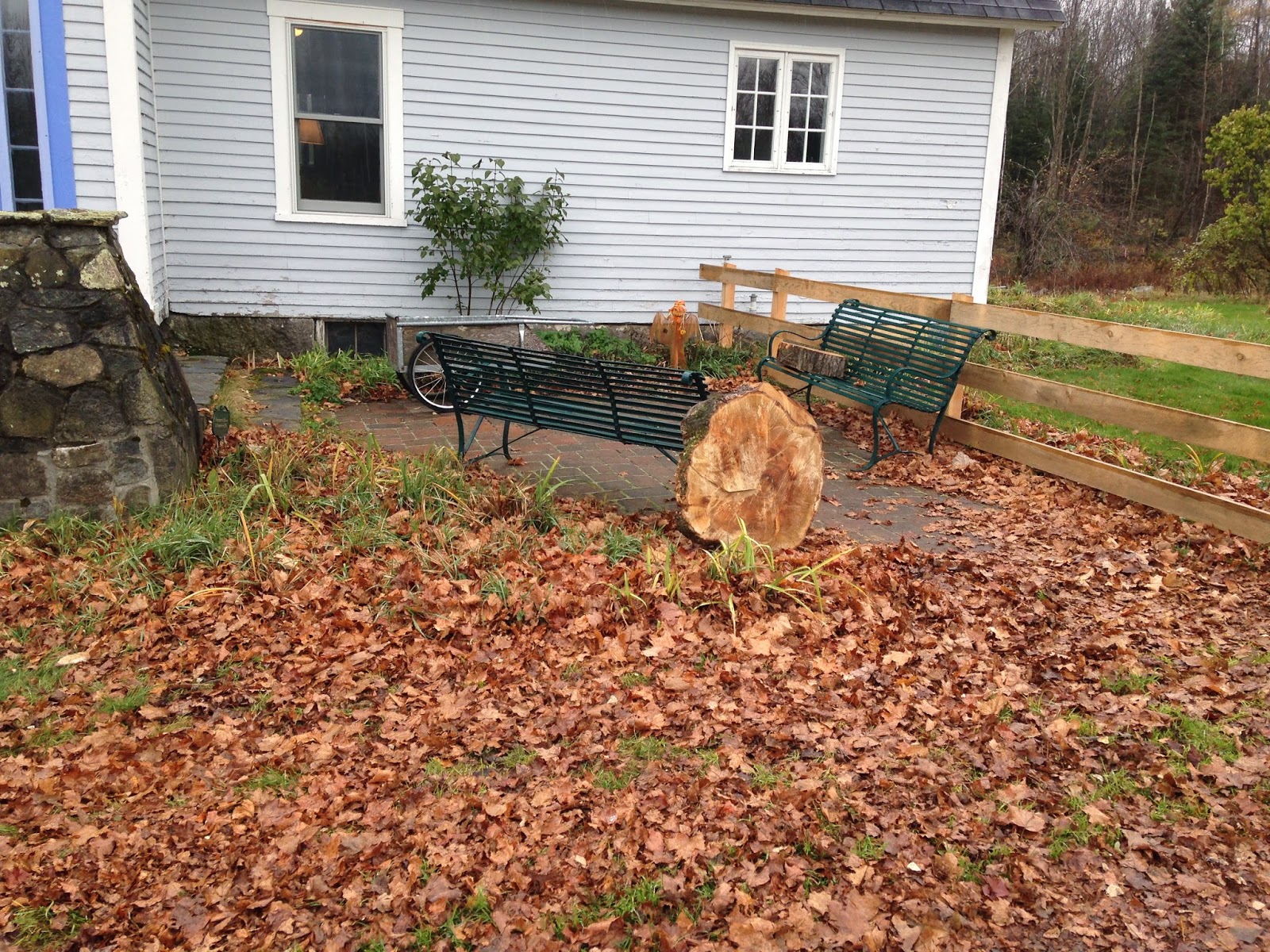 You may notice all the maple leaves. They have been here every single October for the 33 years we have lived in this house, and for the hundred + years before that. But next October they will not be on the lawn and patio anymore, for we had to have the big sugar maple cut down. A forester friend recommended a good person. He came and looked it over, made those ‘tut tut’ sounds that doctors are famous for, and said it was time. And so, on Saturday, October 18, it came down. Two young men did the cutting while a third did all the picking up and chipping of the small branches. Margaret had to work, but the rest of the family was here watching. It rained off and on, sometimes quite hard, but they kept on working. They came back the next day for the final cleanup.

We actually feel lucky because we had the tree sixteen years longer than we thought possible. In August 1998, we had a very quick, very strong wind; not a tornado but a microburst. In five to ten minutes we lost trees all over our land. Our road was completely blocked. The tallest section of the maple came down in that storm, and we thought the tree would die, but it leafed out the next spring and every spring since then. That’s what made it hard to cut down. It still looked so good as far as the leaves were concerned. But in amongst the leaves were splits and rot. It wasn’t in good shape, and even a small storm could have taken off branches or sections and someone could have gotten hurt. Though we all felt a bit sad at heart, we know we did the right thing and are quite surprisingly happy with the result. The open view is wonderful. And we have more light in the house now. But still, but still there is an ache for what is gone. We have ten windows and a glass door that look out to the south, where the tree was. It was what we saw every minute we were in the house and of course outside. But as Joni Mitchell wrote, ‘something’s lost, but something’s gained in living every day.’ Hazel Nina and Campbell Walker will never know this tree but they will know a different landscape which will be their childhood memory. We have some trees on order for the spring - a rowan, and two hazelnuts. Perhaps we will plant them there, or maybe we’ll leave that open space for games of badminton and croquet.

This maple tree was in my very first blog posting, and has been in many photographs since then. I thought I’d post a few more I took in the days before it was cut down, during the cut, and some that show how it looks now. 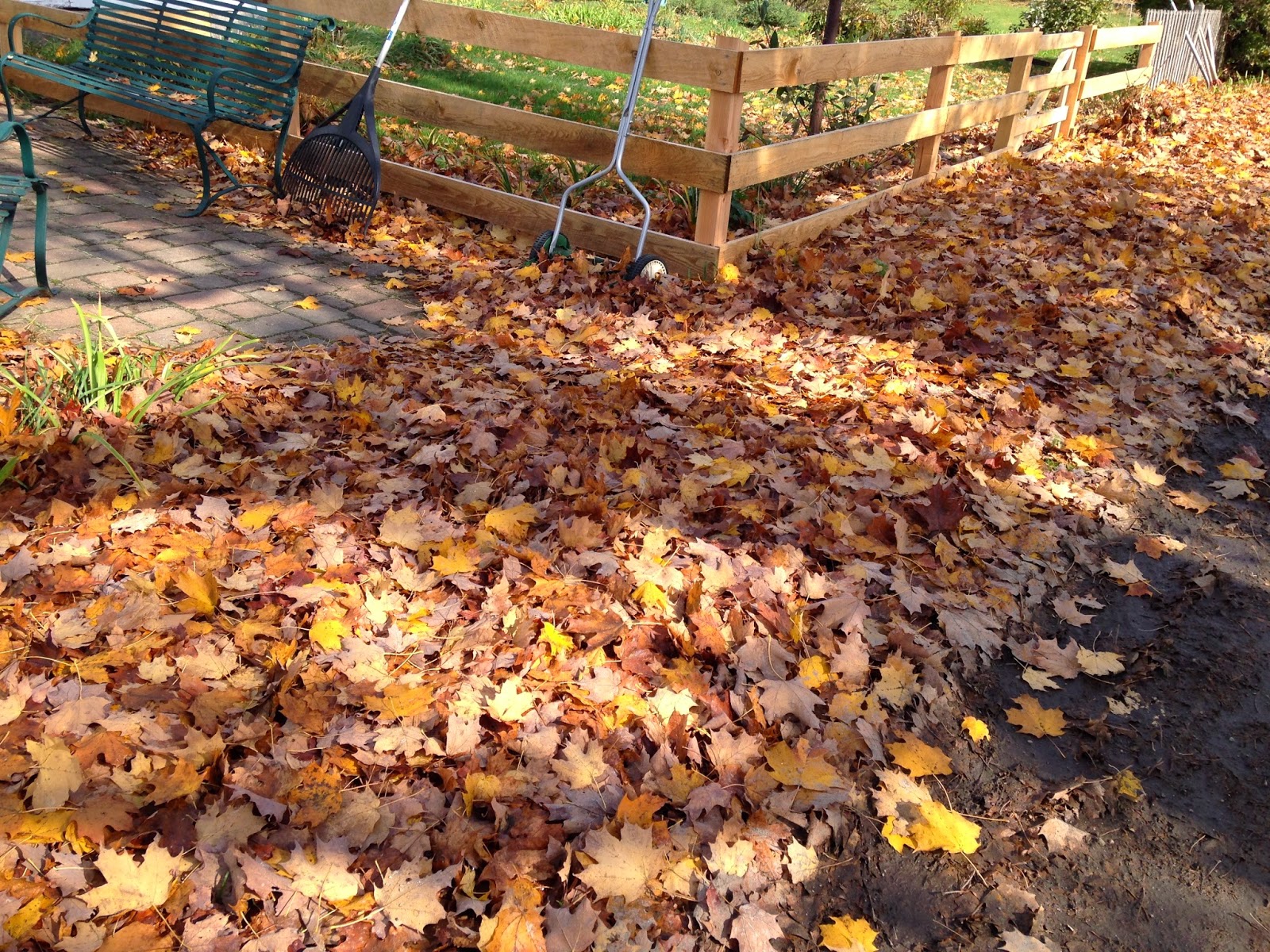 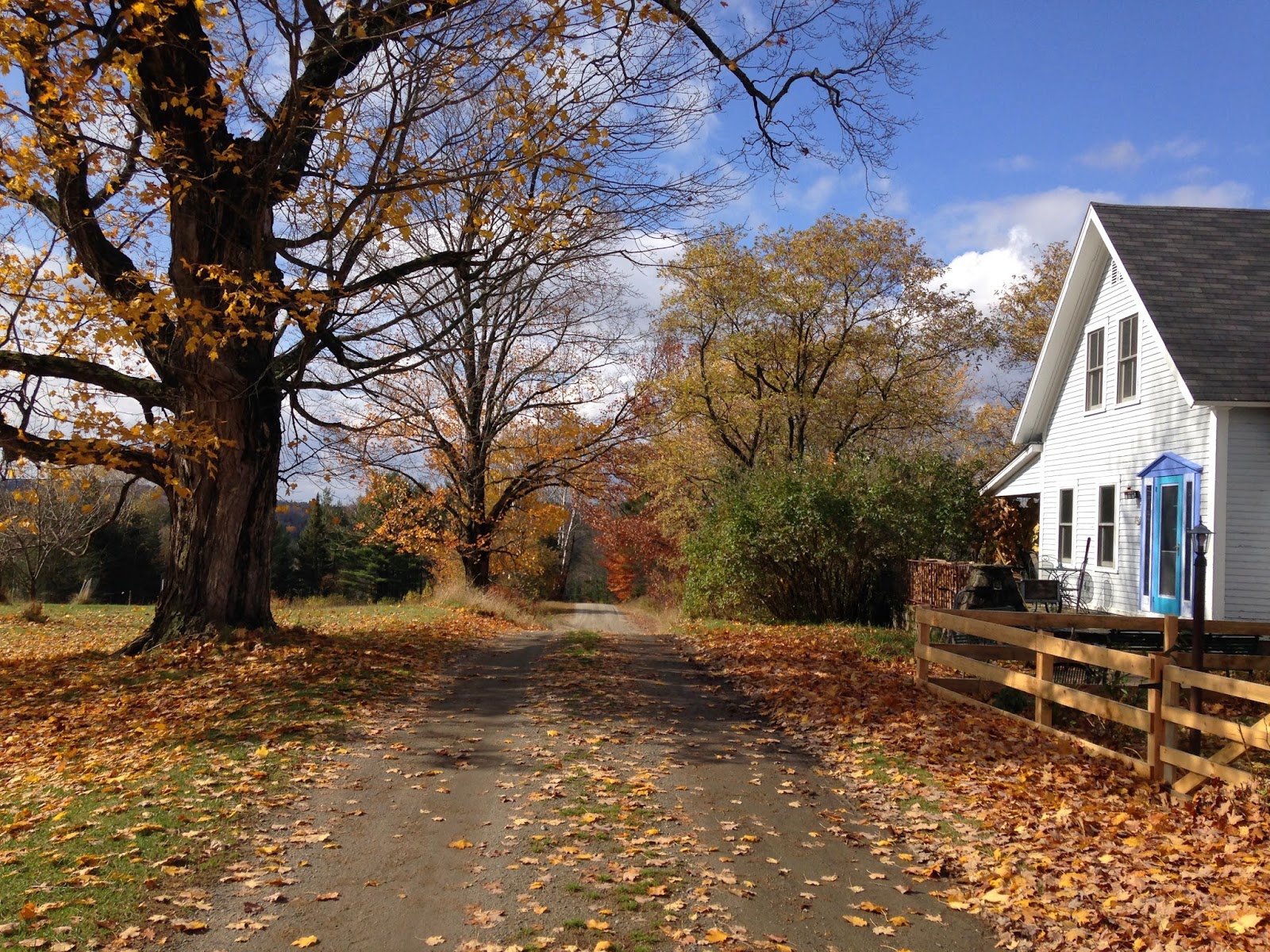 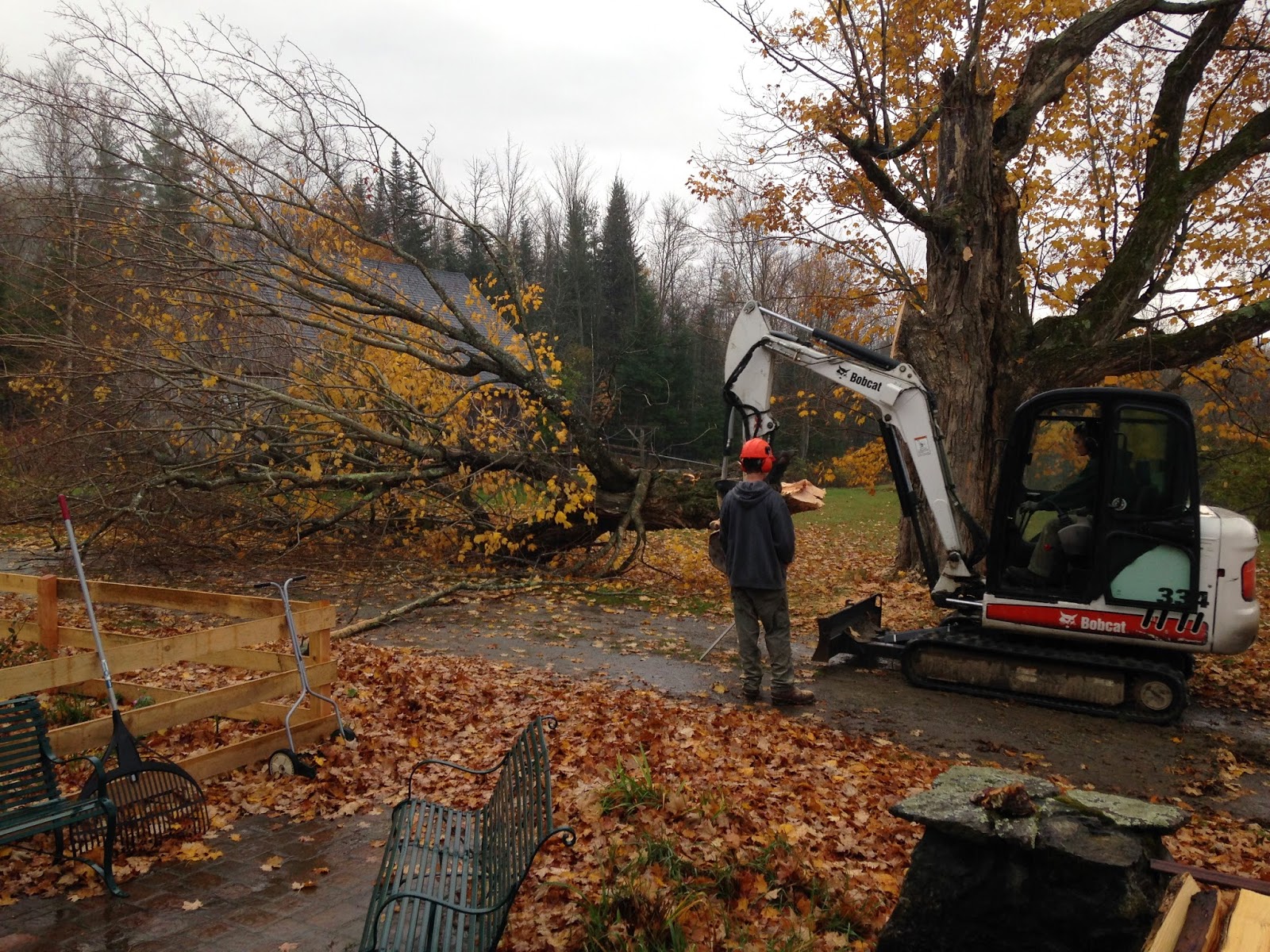 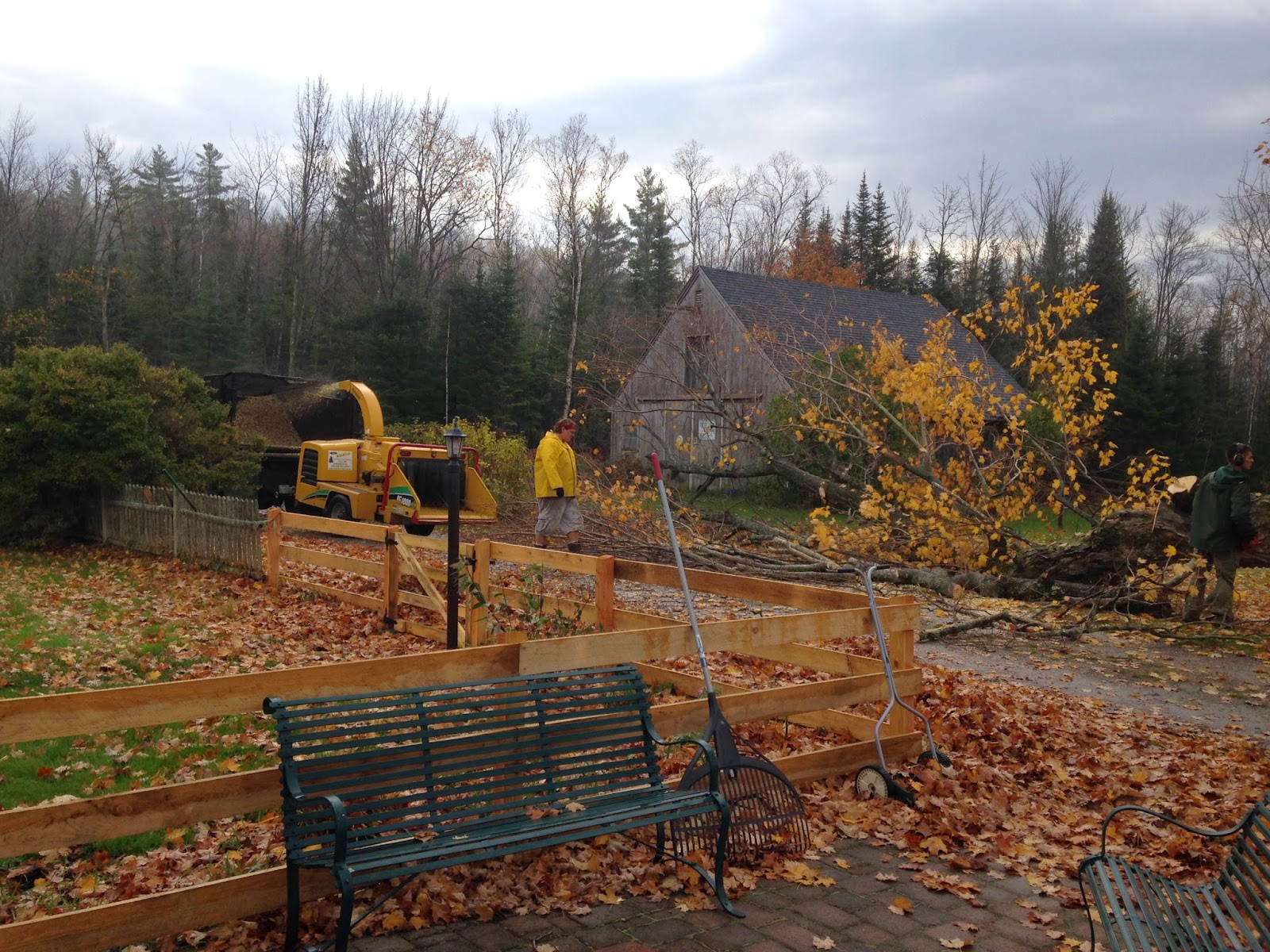 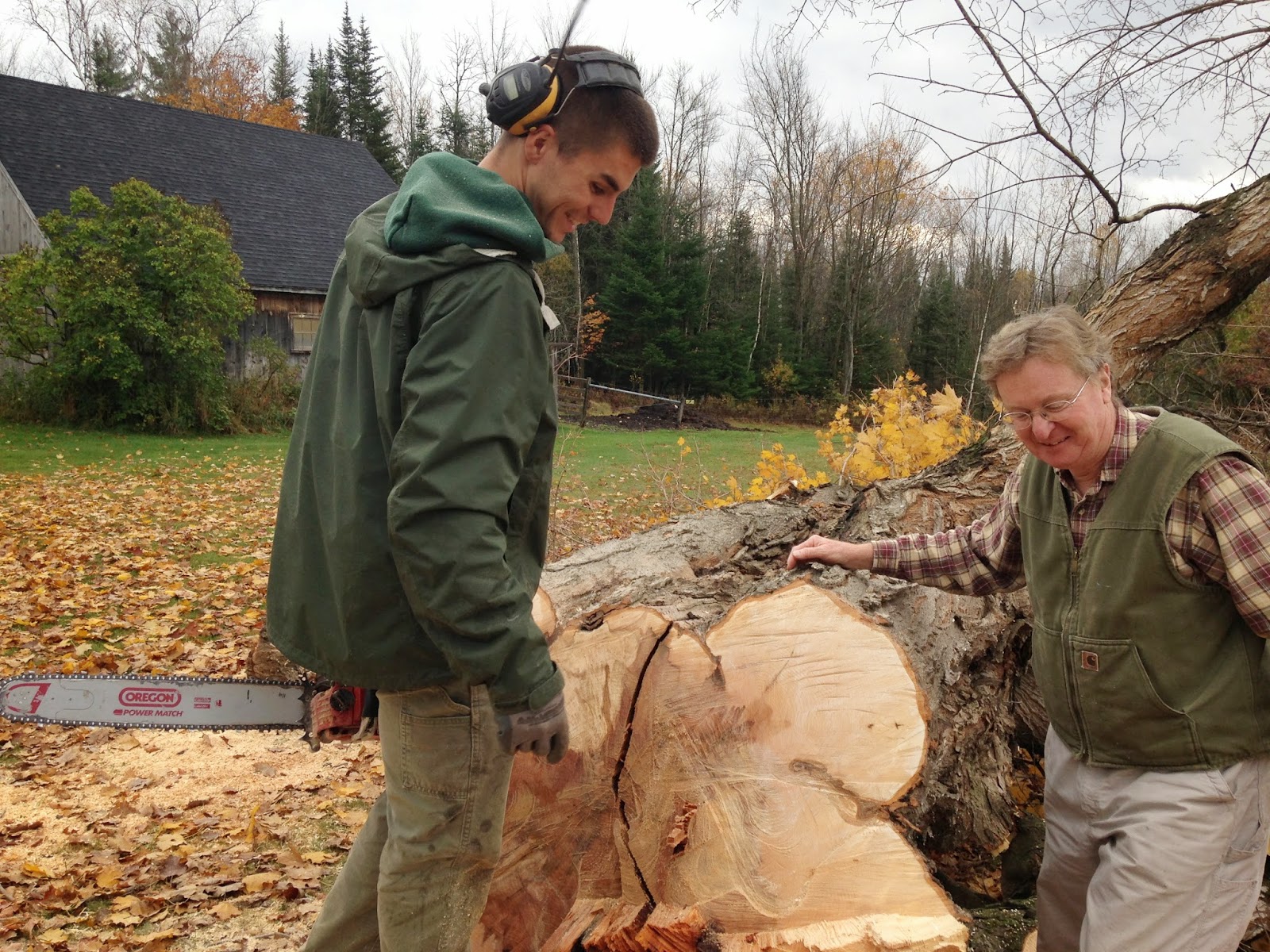 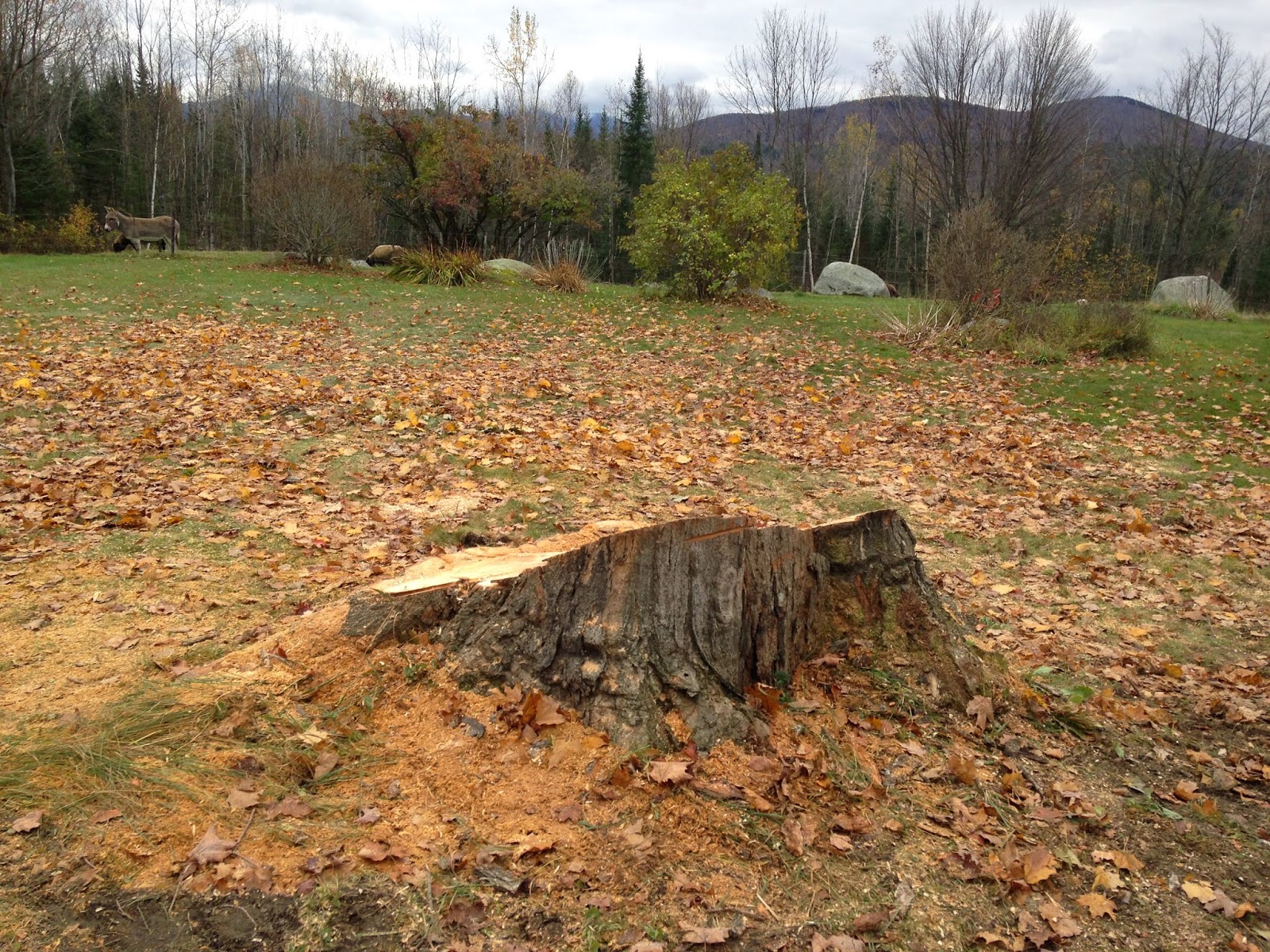 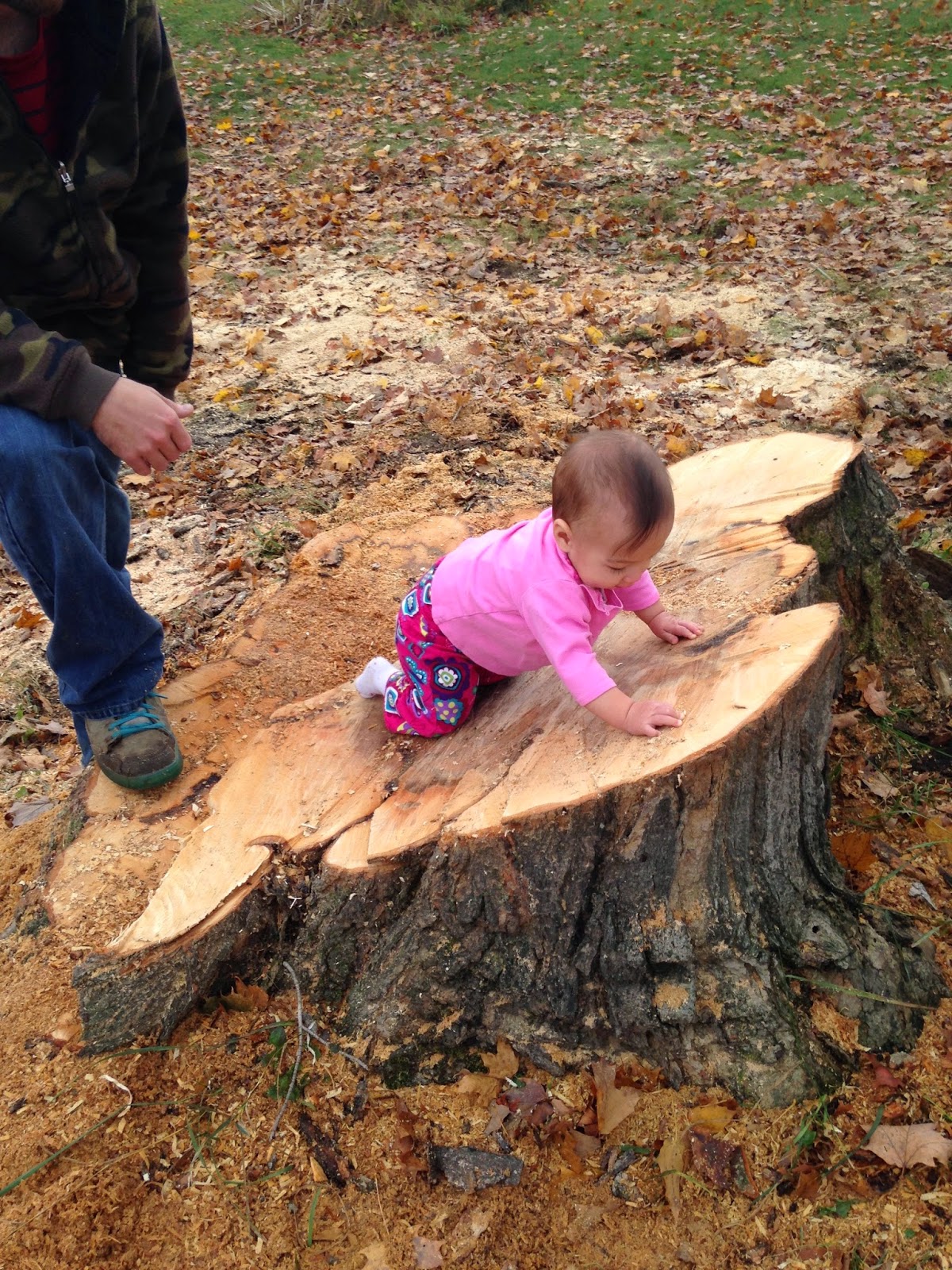 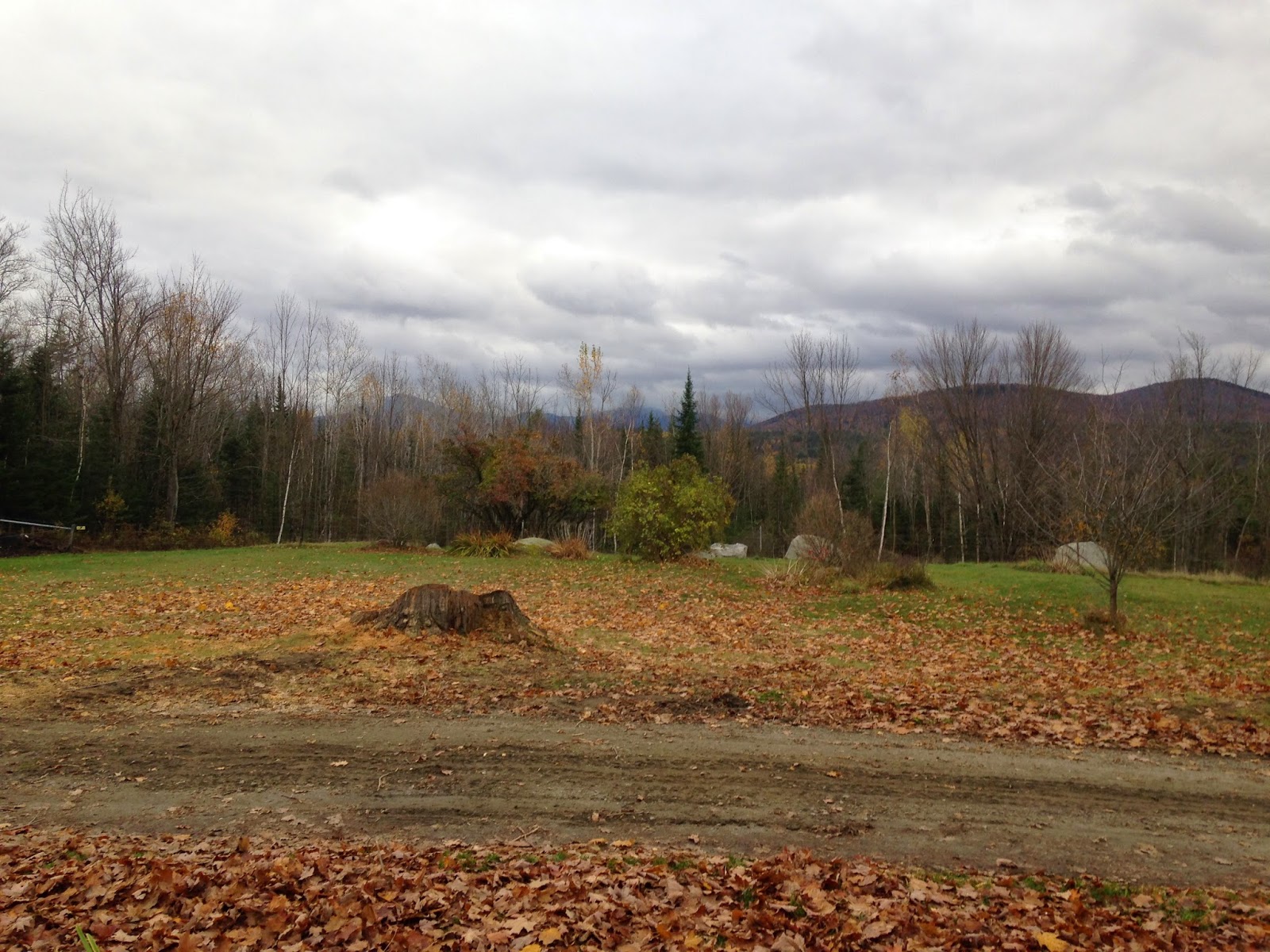 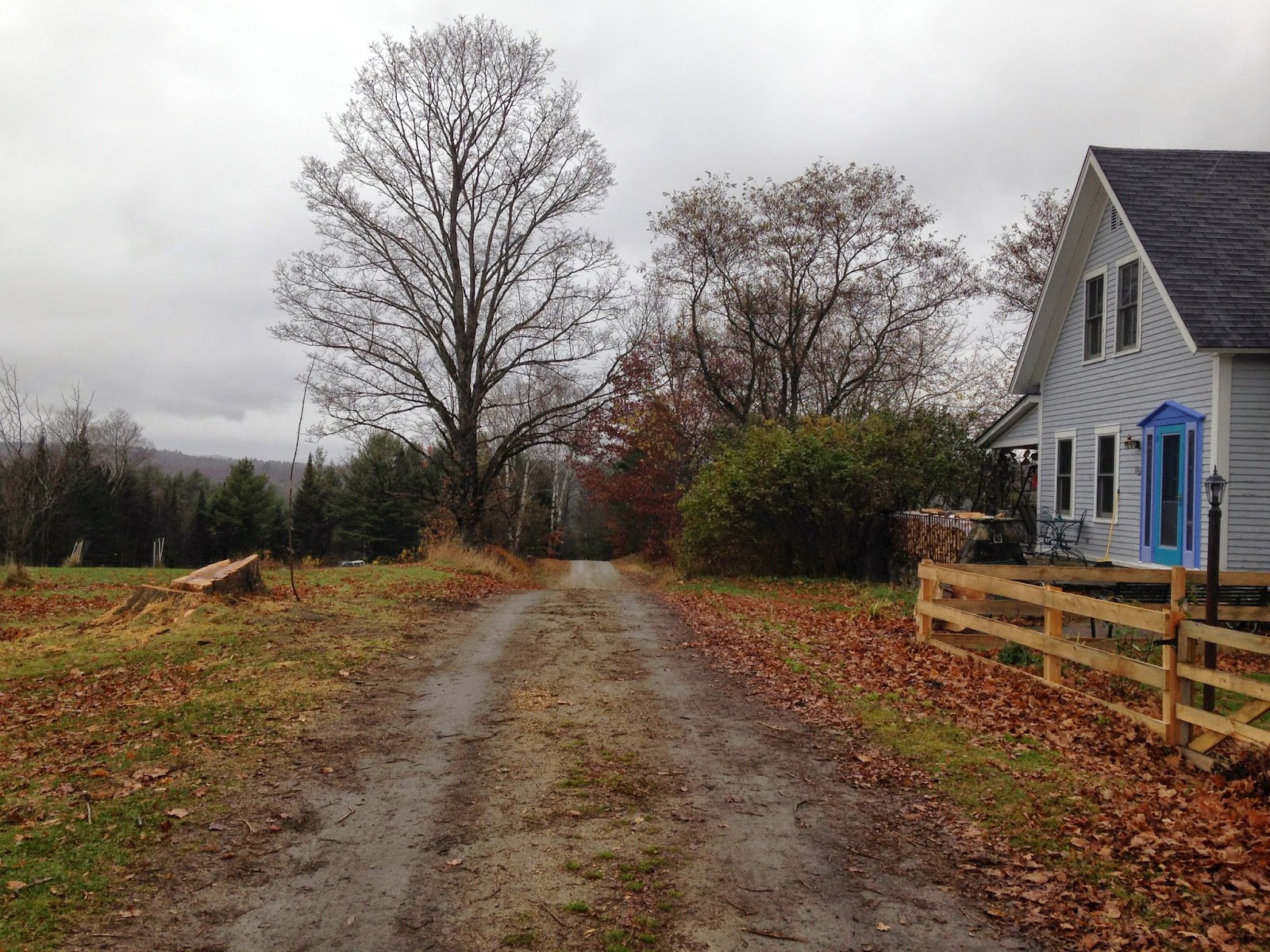 If you are wondering what the chunks of wood are on the patio, Estée had the great idea to make tabletops from the tree. Those in front will go to the kids, 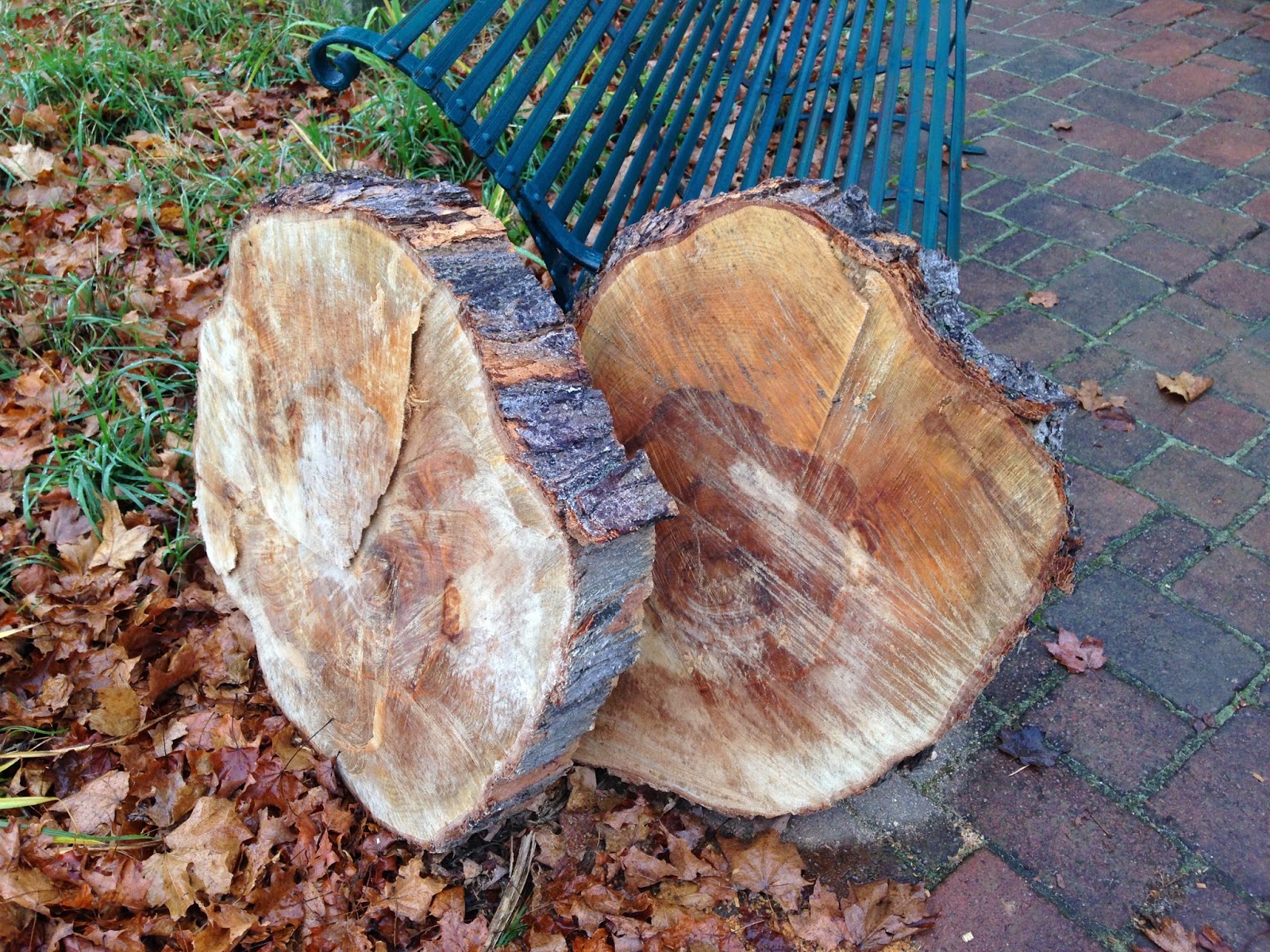 and Tom and I will have the smaller one. 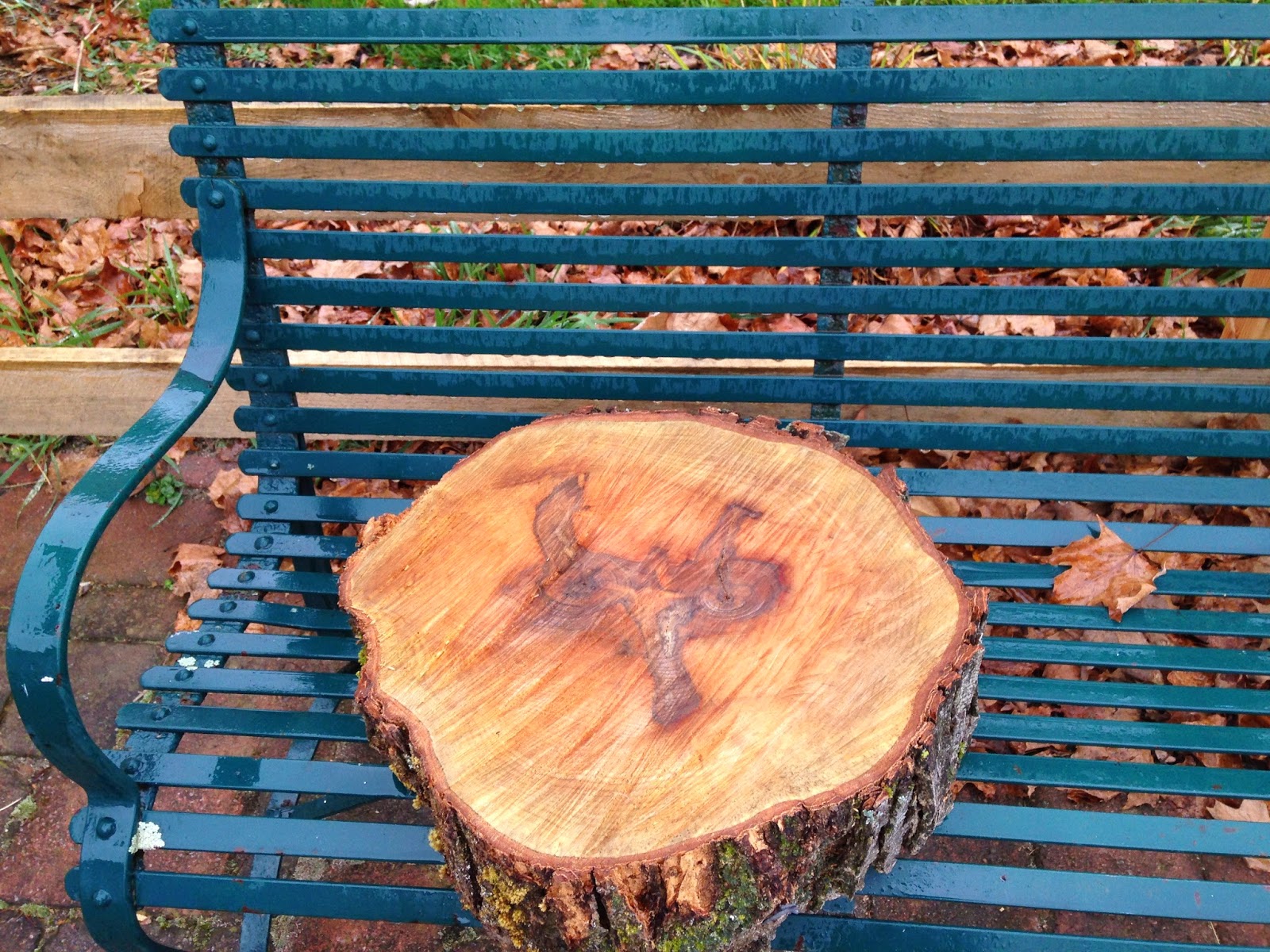 Can you see an owl's face? The tufts at the top, the two eyes, and the beak? I am delighted.
Posted by Nan

Labels: A Year of Afternoon Gardens, Farm and Garden