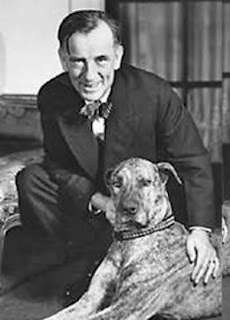 A man is at his finest towards the finish of the year;
He is almost what he should be when the Christmas season is here;
Then he’s thinking more of others than he’s thought the months before,
And the laughter of his children is a joy worth toiling for.
He is less a selfish creature than at any other time;
When the Christmas spirit rules him he comes close to the sublime.

When it’s Christmas man is bigger and is better in his part;
He is keener for the service that is prompted by the heart.
All the petty thoughts and narrow seem to vanish for awhile
And the true reward he’s seeking is the glory of a smile.
Then for others he is toiling and somehow it seems to me
That at Christmas he is almost what God wanted him to be.

If I had to paint a picture of a man I think I’d wait
Till he’d fought his selfish battles and had put aside his hate.
I’d not catch him at his labors when his thoughts are all of pelf, [money]
On the long days and the dreary when he’s striving for himself.
I’d not take him when he’s sneering, when he’s scornful or depressed,
But I’d look for him at Christmas when he’s shining at his best.

Man is ever in a struggle and he’s oft misunderstood;
There are days the worst that’s in him is the master of the good,
But at Christmas kindness rules him and he puts himself aside
And his petty hates are vanquished and his heart is opened wide.
Oh, I don’t know how to say it, but somehow it seems to me
That at Christmas man is almost what God sent him here to be.