Hazel Nina was born via C-section in the small hours of Tom's 63rd birthday, December 5! She was many weeks early, but it was time for her to be born. Margaret had been brought to our regional medical center two hours away on Hallowe'en with pre-eclampsia, a serious pregnancy complication characterized by high blood pressure. During the following five weeks, she was on oral and IV medication. Some days the bp was pretty good and other days it wasn't so good. She bore it all with great spirit and even humor. They began to induce earlier in the week, but stopped because her blood pressure returned to normal. But by the morning of the 4th, the fluid in her body began to increase too much and they decided it was time. 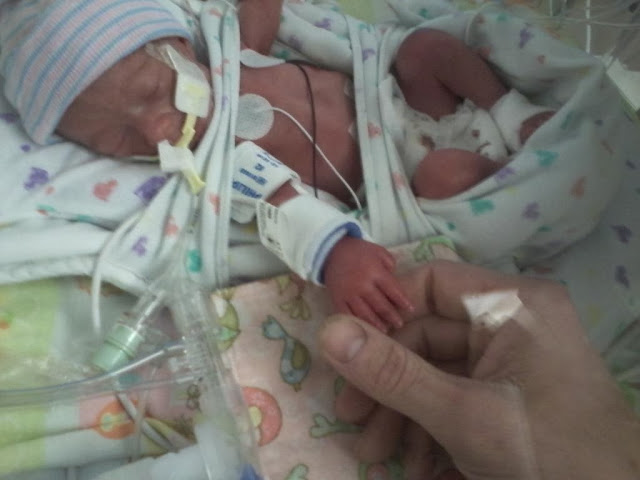 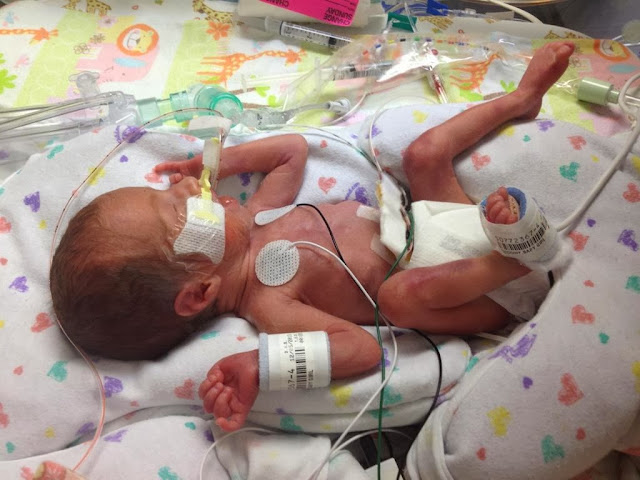 In the ten days since Hazel Nina's birth, the doctors say she has made 'fantastic' progress. The breathing tube has been removed. They are teaching her to suck with a pacifier. Margaret expresses milk which is fed to the baby. She is now getting 7 cubic centimeters every two hours. Hazel Nina weighed 2.2 pounds at birth and was 14 inches long. She has now been moved to a section of the Neonatal Intensive Care Unit where the 'stable' babies are. 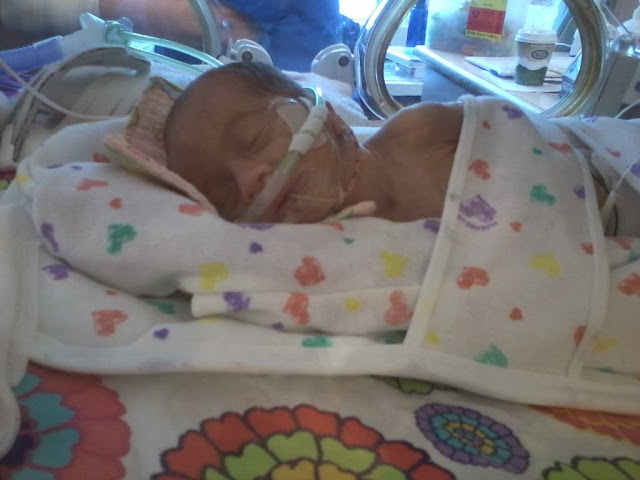 Margaret was released from the hospital a week ago, and she and Matthew are staying in a wonderful nearby facility for family of hospital patients. They go over several times a day to see their baby and they are now able to hold her. 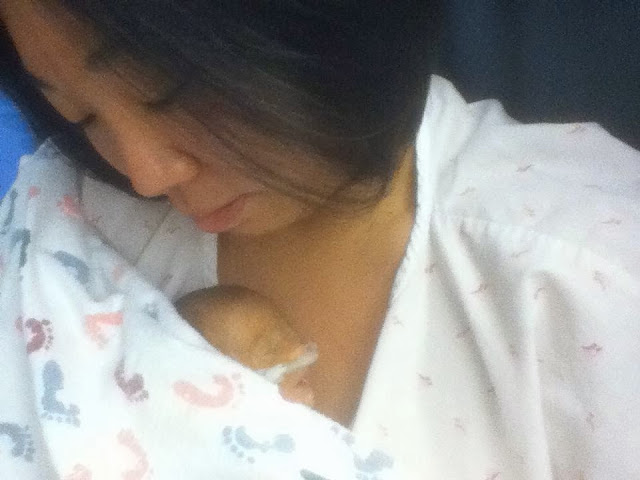 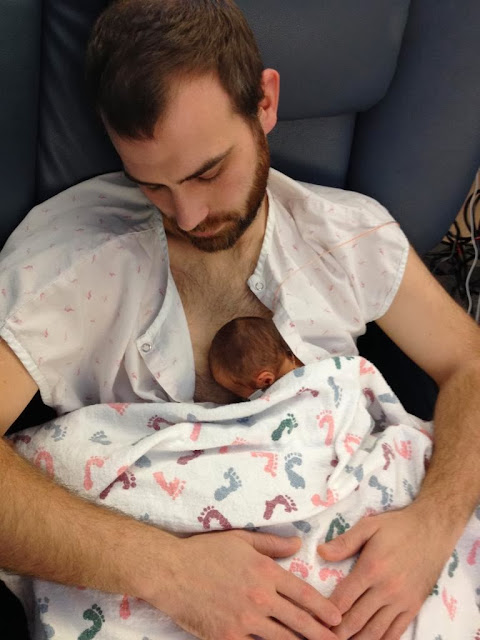 For newer readers, I should let you know that Margaret is our daughter, and Matthew is her fiancé.
Posted by Nan