A Wednesday evening at the movies - Quartet 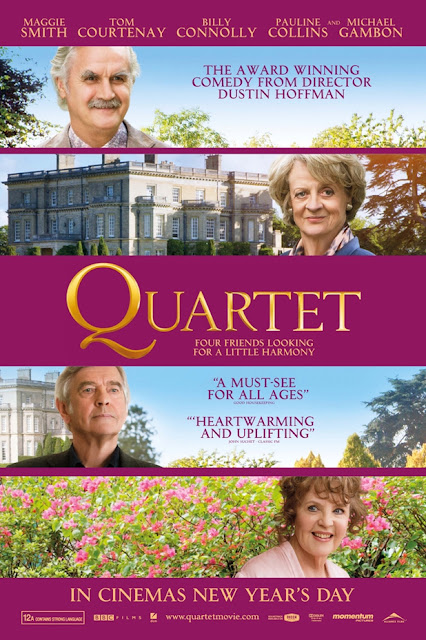 Oh, how I loved Quartet. It was wonderful - the acting, the story, the music, the setting - a perfect movie. It was uplifting, yet realistic about aging. The actors were excellent. Tom Courtenay may have the kindest face I've ever seen. The gleam in Billy Connolly's eye hasn't diminished a bit. Pauline Collins still has a kewpie doll look and seems untouched by time. And Maggie Smith. Well, what can one say. She goes from strength to strength. All the talk about there being no roles for older actors seems to be going by the wayside. As the boomer generation ages, I think we'll see more and more films tailored to their sensibilities, though I know I would have loved Quartet in my twenties just as I do now. The movie is set at the fictional Beecham House for Retired Musicians. The real location was Hedsor House.

The movie is peopled with real musicians and singers as well as actors. In a marvelous touch, the credits show photos of the people in the movie and how they looked when younger in one of their acting or musician jobs. Quartet is directed by Dustin Hoffman. Along with the aforementioned actors, we see Trevor Peacock who actually made an appearance on the blog in his role as Jim Trott in The Vicar of Dibley; Andrew Sachs, 'our Manuel' from Fawlty Towers; and Michael Gambon who played such a good Maigret, and was famously in Gosford Park.

The young people in the film are not portrayed as patronizing the older ones. There's a good scene where the Tom Courtenay character is teaching a class about opera to teens. You can see that he is really getting through to them, and that he is listening and learning from them. He tells his students that opera used to be for people like them, regular, casually dressed people, but then the rich took it over. At the end, the doctor at Beecham House, played so well by Sheridan Smith, says how the residents give younger people hope for their futures.

As always, I don't want to say too much, except see it! In my little theatre, where Tom sells the tickets and runs the projector on Wednesdays, we all clapped at the end.

The official movie site is here. I thought of posting the trailer, but honestly, it comes off as a bit silly. The film itself is so much more. 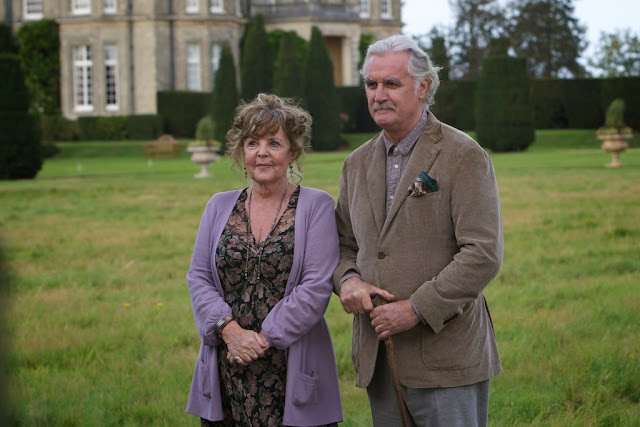 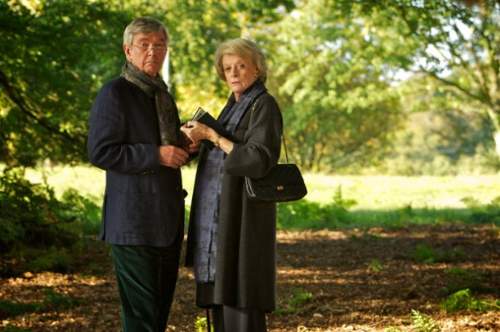