When it's the middle of May around here, you can count on rhubarb. We've divided the plants over the years, and we now have five that produce great quantities of the stuff! The first recipe of this season comes from the book my friend Les gave me, The Joy of Rhubarb by Theresa Millang. It is really called Rhubarb Crisp, but I've renamed it Rhubarb-Strawberry Crisp because I substituted one cup of (frozen) strawberries for one of the cups of rhubarb. I think rhubarb's best self comes through when it is accompanied by some strawberries. 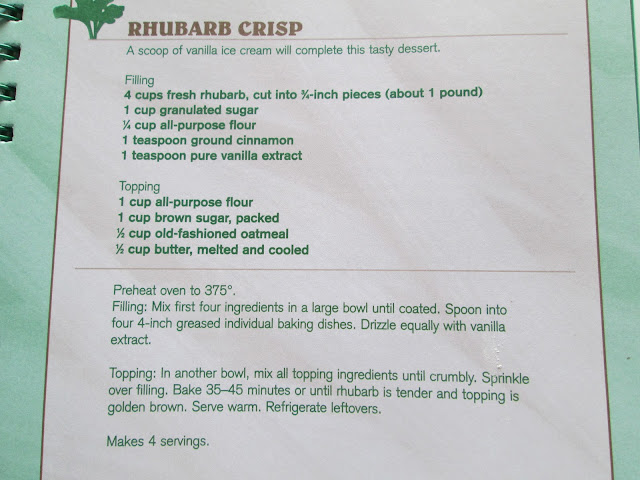 I did not use "individual baking dishes." I used an 8x8 pan. And I used Sugar in the Raw instead of brown sugar, as I always do. I used whole wheat pastry flour, and my "oatmeal" was rolled oats.
Tom and I both thought this was delicious. Hooray for rhubarb season! 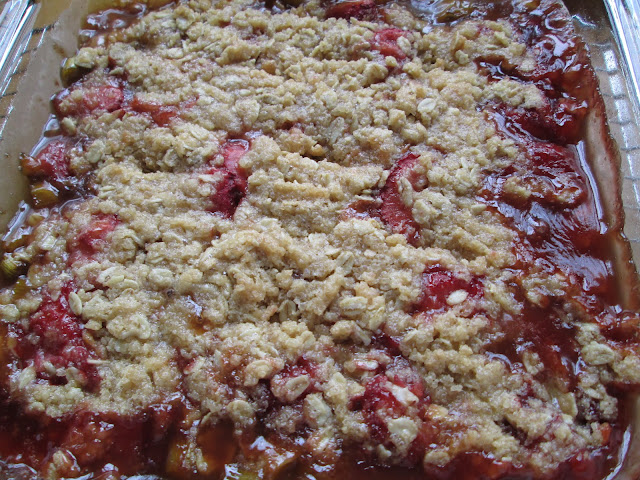 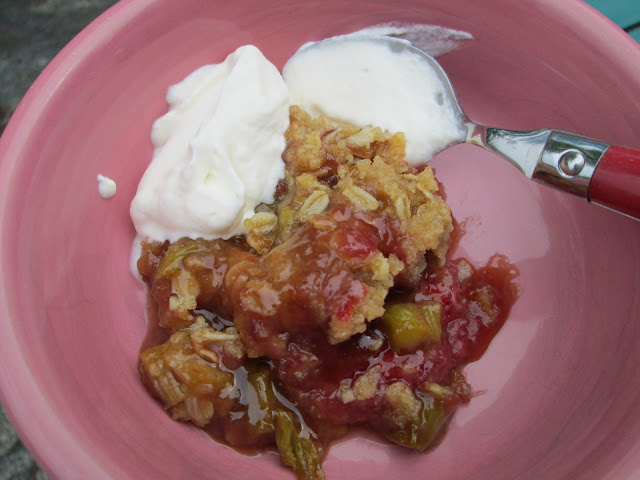