My blogging friend, Peggy Ann let me know this morning that one of my most beloved authors has died, Miss Read. She was within days of turning 99 years old. A good, long life. Just now I happen to be re-reading News From Thrush Green, the third book in her Thrush Green series. I discovered Miss Read on my library's shelf when my kids were young. I read every book there and then got the rest through Inter Library Loan. She was the first chronicler of English village life I had ever read, and this genre, this setting became my very favorite type of book. Her two series, Fairacre and Thrush Green are so real to me that I'm sure those characters are in their little villages walking to the shops and talking over the fence to one another.

In an obituary from the Huffington Post, it says Dora Saint believed that


"happiness is the result of an attitude of mind."

"I believe you can build it out of small things, out of hearing someone calling across a garden, a robin in a hedge, a cat in the woodshed," she once said. "When I hear depressing news on the radio, I can switch off and drift into what is, I suppose, a dream world. I think all people like to look back, not because everything was better in the past, but because often they were happy then."


Her obituary from The Guardian follows. 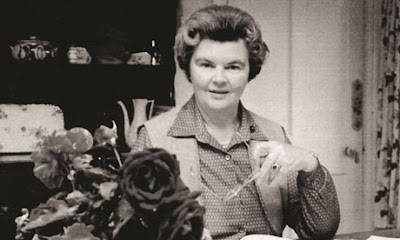 Dora Saint, better known as Miss Read, was wonderfully gifted at describing the joys of the countryside. Photograph: Orion


Miss Read was the bestselling author who made real the idea of the English village school as a sane and safe haven for those growing up after the second world war. The books were written under a pen name by Dora Saint, who has died aged 98. She took her pseudonym from her mother's maiden name.

The fictional accounts, based on Saint's own life as a village school teacher, appeared almost annually for four decades from the mid-1950s. She was wonderfully gifted at describing, with apparent simplicity, the joys of the countryside, from discovering a robin's nest inside a hollow damson tree to smelling a field full of sage. Her stories of classroom life were similarly wholesome. They were translated into Japanese and Russian as well as German and Dutch, and were very popular in the US.

Dora started life in the city, the daughter of a London insurance agent, Arthur Shafe, whose wife, Grace, carried on his business while he was in France with the Royal Horse Artillery during the first world war. It was only when Grace had to undergo surgery and was advised to leave the smoke of the capital that the family moved to the country.

Encouraged by her parents, the young Dora was able to read before she went to the village school in Chelsfield, near Orpington in Kent, at the age of four. She knew all the Beatrix Potter stories and was immediately sent into a higher grade. Though she was poor at arithmetic, she shone at essays. Later she followed her elder sister to Bromley county school, and her love of language was stimulated by regular visits to the Aldwych farces, musicals and Shakespeare.

However, school remained her ideal world, her memories from Chelsfield being possibly rose-tinted but endearingly appreciative. She made her two fictional villages, Fairacre and Thrush Green, more real than reality, allowing scope for a degree of wry humour. 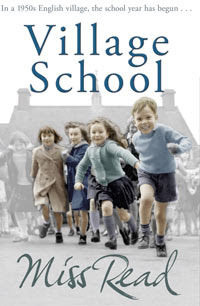 
Her father turned to teaching, and so did she. Once she had completed her training at Homerton College, Cambridge, she taught in Middlesex from 1933 until 1940, the year of her marriage to Douglas Saint. After the war, she did occasional work as a supply teacher, and started writing on school and country matters for a variety of magazines including Punch and the Times Educational Supplement. She also wrote scripts for the BBC schools service.

The first of the Fairacre novels, Village School, appeared in 1955; Thrush Green, the first of the new series, in 1959; and the last Fairacre, A Peaceful Retirement, in 1996. In two books of autobiography, Time Remembered and A Fortunate Grandchild, the main themes were a happy home and a happy school. They were brought together as Early Days (1995), which has since become one of a number of reprints by Orion. Saint also produced some books for children, as well as Miss Read's Country Cooking (1969).

In 1998 Saint was appointed MBE. She and Douglas lived in Berkshire – in a small village, naturally. He died in 2004. She is survived by their daughter, Jill.

Jenny Dereham writes: When the publisher Michael Joseph's autumn books began to appear – Miss Read's were always published on the first Thursday in September, and stayed in the Sunday Times bestseller list for five or six weeks – I came to appreciate what a following she had. As Anthea Joseph's editorial assistant, I found that very little needed to be done to any of her typescripts. After all, Dora had been an English teacher.

After Anthea's death in 1981, I had the honour of becoming Miss Read's publisher, and graduated from a somewhat gauche copy-editor to friend. But I nearly blew it. To fit in with the company accountants' plan, I wrote to Dora suggesting that she write alternate Fairacre and Thrush Green books for the next five years, and please could we have the typescript as early in the year as possible. Dora sent me such a nice letter saying that she didn't really write to order and, actually, she thought she might write a short autobiographical work next – and so she did.

Miss Read was an uncomplicated person. She wrote wonderfully about the things she held dear; good friendships, the countryside through the seasons and a bit of harmless tittle-tattle on the green. She did not shirk from speaking about the downs as well as the ups of village life. She wove the threat of school closure into her books with true feeling, and the unwelcome encroachment of new houses and incomers – but good always prevailed.

One of her Thrush Green characters, Ella Bembridge, "was a great admirer of Anthony Trollope, partly because she was impressed with the industry and perseverance of the man". Ella also prized loyalty and doggedness: these were all qualities displayed by the writer.

Although nearly blind for the last years of her life, Dora was always fully alert to the weather. The pace of life might have changed in her fictional villages as the years passed, but the joy of a hint of warmth early in the year, as in Winter in Thrush Green (1961), never alters: "It was one of those clear, mild days which come occasionally in mid-winter and lift the spirits with their hint of coming springtime. Catkins were already fluttering on the nut hedge behind Albert's house and the sky was a pale translucent blue, as tender as a thrush's egg-shell."

You may read online tributes, and leave one of your own, if desired here.
Posted by Nan