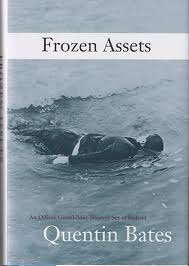 This is the first ebook borrowed from my state's digital library. It is very exciting to be able to do this.

I chose it because of my love for Iceland which came about from reading all those Arnaldur Indridason books (if you want to read my book reports, click on the authors tab and scroll down to his name). Frozen Assets is set during the financial crisis in 2008. It is quite different from Arnaldur's books. His detective and his stories seem more timeless - not so rooted in current affairs. There is a book which deals with immigrants to Iceland, but no mention of the economic situation that I recall.

There's an interview with author Quentin Bates here, and an in-depth review here. The author's website is here where he describes the story of his Icelandic nickname.

My friend Kay wrote a review, and I left a comment in which I said:

'I just finished, and am still mulling over my feelings about it. I do know that I really liked Gunna. I found the names much more confusing than in the Arnaldur Indridason books. And the whole economic crisis left me quite muddled.'

And that's just about it in a nutshell. I will continue to read because of the policewoman Gunna. Though her age was once noted at 36, she seemed older to me. Having just watched Lilyhammer on Netflix Instant, the actress who played Laila, Anne Krigsvoll was in my head. She seemed quite like Gunna, only older. 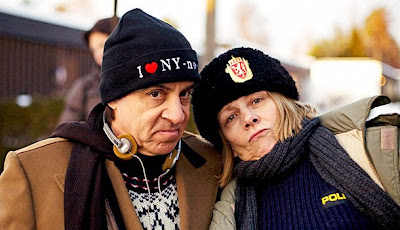 I will also continue reading because of the setting. I'll probably never get to Iceland, but it is so interesting for me to read about it. I am looking forward to seeing Gunna's relationship with her daughter as time goes on; and a possible love interest in her life, as well as a new job. I really liked the book.

As soon as I finished, I put my name on the waiting list for Cold Comfort, the second in the series. 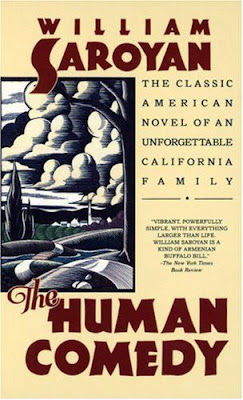 If you don't know about William Saroyan, you may read about him here. And there's a very interesting connection between him, his cousin Ross Bagdasarian, and Rosemary Clooney here.

I must have been in my early teens when I first read this very special book, and saw the excellent film version with Mickey Rooney and Van Johnson.

I think this fictional 'Ithaca,' likely based on real places in California's San Joaquin Valley during the 1940s, was like an Eden.

Some things I noticed.
A four-year old could walk around town, which was probably a small city, on his own.
All boys were free to wander. When they were getting up to mischief like stealing apricots off Mr. Henderson's tree, the owner already knew the routine. He'd let them climb around a bit, and then would make his appearance on the porch and they would run off.
A fourteen year old could do a responsible adult job like delivering telegrams, even to mothers whose sons had been killed in the war.
Life happened in the town, not on the outskirts. So different from these days when so many businesses sprawl away from a town center.
A boy could ride a bike without a helmet, and could carry two others, one on the back and one on the handlebars, and no adult said anything.

You see where I'm going with this. There was real freedom for children, which wasn't without its possible dangers (falling out of a tree or crashing a bike). Nothing was organized. The kids, just boys in this story, decided on the spur of the moment what to do next.

There were many nationalities in this place, and they are described as all being Americans.

William Saroyan was very good at being inside a child's head. There is a society dedicated to this fine author. 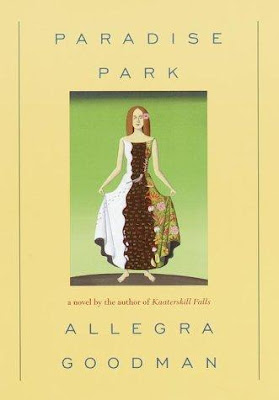 Before this, I'd read only one book by Allegra Goodman, and it is one of my favorites - Kaaterskill Falls. I have read it probably three times, all on unabridged audio, and a couple years ago I bought a used copy of the print edition. I hope to read it again as this summer begins.

Paradise Park could be a record of what life was like for a lot of young people in the 1970s. It is not my story, but it is a real story for many, many people who were in their twenties during those years. Sharon's travels, both literal and spiritual are true. She is sensitive, optimistic, exasperating, and loveable. The name of the book is taken from a place she visits in Hawaii, a sort of aviary where birds never need fear predators or starvation, but where there is a ceiling, an end to their flight. Is it really paradise when everything is controlled? Is safety equal to freedom?

This is a wonderful book which I loved. I could identify with Sharon even when she did things I had not done, and which I never would do. I'm just not that kind of person. But her spirit, her indomitable spirit raises her far above any questionable activities. She's a great character. I particularly loved the last section, and the ending of this book.

There's a review here, and the author's website is here. If your volume is up, you'll hear the little lamp switch on. I love things like that.

I look forward to reading everything Allegra Goodman has written. 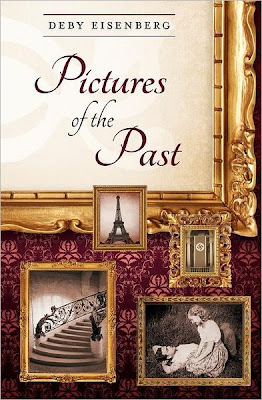 The author has titled each chapter with a name, a place, a date which ranges from 1937 Berlin to 2005 Illinois. We begin in modern day Illinois, and shift all around. Though there are many interconnected characters, it isn't difficult to keep track of them because of Deby Eisenberg's great device of chapter names. More writers should do this.

I can't praise Pictures of the Past highly enough. It is romantic and informational with a great sense of many places, and characters that seemed very real to me. Lovely, lovely book. I'll not say more so you may discover this excellent story on your own.

You may visit the author's website here.
Posted by Nan