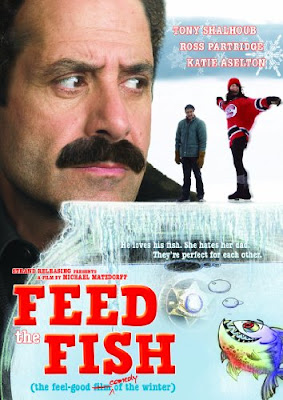 Having lived my entire life in the north, I adore movies which are set in northern climes, particularly small towns during the winter. There aren't a lot of them. Grumpy Old Men is my favorite, which I watch each December. This year I discovered a new favorite, a movie I saw on Netflix Instant called Feed the Fish. It is a gentle romantic comedy. The story is this: Joe Peterson, played by Ross Partridge, the author of a very odd but successful children's book is suffering from writer's block. His girlfriend is annoyed with him. He has conversations with his goldfish. The fellow isn't in good shape. He comes home one day to find the goldfish bowl on the toilet, empty. Joe's girlfriend's brother encourages him to come to Wisconsin where he is going to participate in the Polar Bear Plunge on Christmas day (a real event in which people jump into frigid Lake Michigan!). There are a few 'quirky' perhaps outrageous moments like the badger bite in a particular body part, but somehow the movie is so quiet and understated and sweet that it doesn't have the same impact it would in sillier, more offensive movies.

The theme is one I love, that of a person being healed by a country setting and its people. Joe joins a choir because the baritone has suddenly died, he becomes smitten with the kind local girl who is a waitress and a hockey player named Kif, played by Katie Aselton. In Norse mythology Kif is the wife of the god Thor, and is associated with the earth. Joe strikes up a friendship with an older man who happens to be her grandfather, played by Barry Corbin, familiar to fans of Northern Exposure. Tony Shalhoub co-produces and plays the local sheriff, father of Kif, and the movie was written and directed by his nephew, Michael Matzdorff. His brother and sister are also in the movie. They hail from Wisconsin so the movie is a kind of homage to the land they love. The movie is set in Door County Wisconsin, one of the prettiest places I've ever seen. 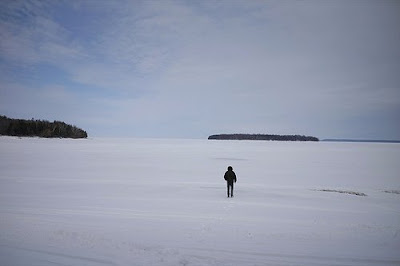 This is a contribution to the Fa La La La Films section of The Christmas Spirit Reading Challenge. 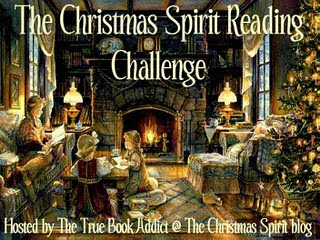