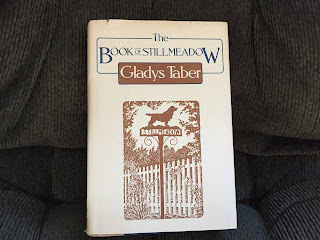 
It might seem as if June is an old story, with so much poetry written about it, and so many songs sung. And yet every time it comes it is as much of a wonder, as much of a delight.

If I had Aladdin's lamp and the usual three wishes, the first would always be, "Give me the first day of June." The whole complete day, with the sky-blue dawn, and the golden noon, and the violet dusk, and the silvered night. With early roses unfolding and a hummingbird over the border. And a whole packet of smells too. New-cut grass, and pea vines, and freshly hoed garden soil.

What was June this year like where you live? Other than ticks, I'd say mine was pretty close to Gladys' description. There is always the odd weather June, but most every year is the same, bringing the end of spring and the beginning of summer. Here are a few pictures from Windy Poplars. 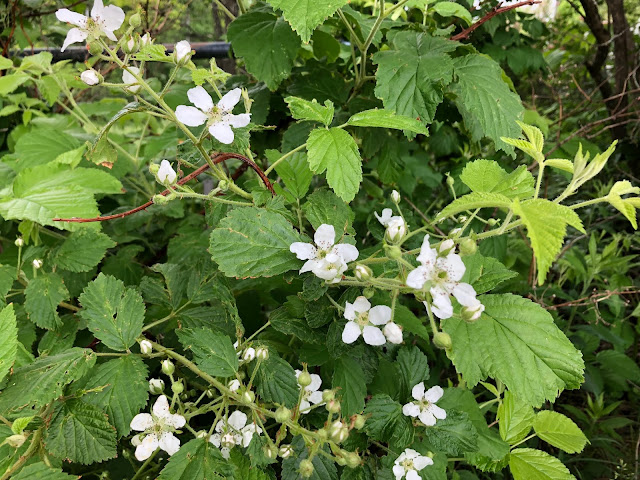 looking up toward the house 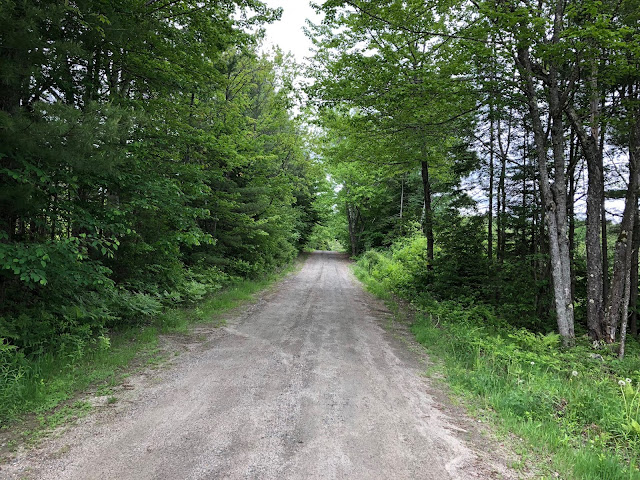 a volunteer lupine that popped up beside the road 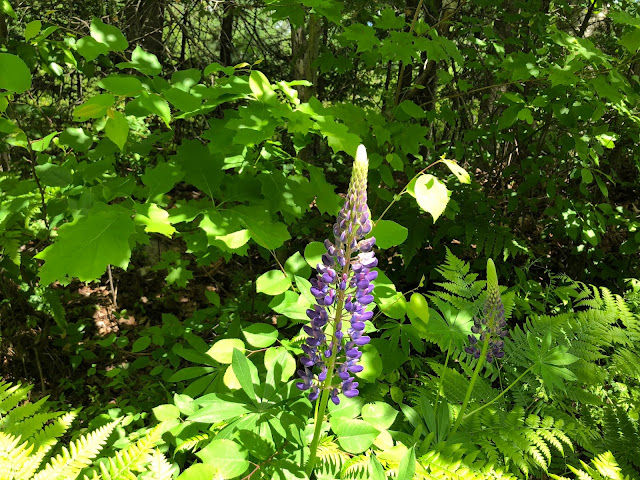 a tremendous year for locust flowers 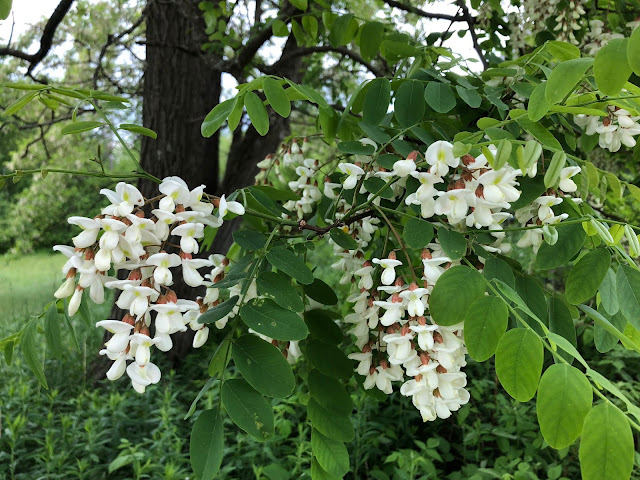 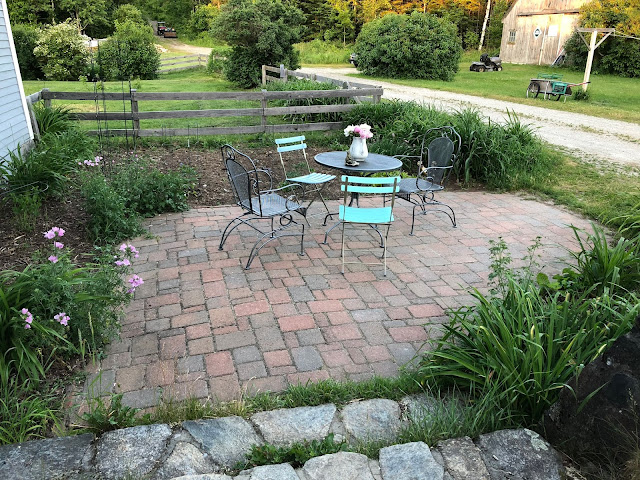 My very favorite Gladys quote appears in her June entry. These words have a permanent place here on the blog in the Recipes folder under the blog header picture.

When I get to Heaven, I am not going to put on golden shoes or cast down golden crowns around a glassy sea or play on my harp. No, I am going to eat all the hot bread and potatoes I want. Cinnamon rolls, pinwheel biscuits, hot muffins. French-fried potatoes, baked potatoes, creamy mashed potatoes. Potato fluff. Butter will go well, too. And fresh-made jam. Or clear amber honey.

Amen! Though I'm not waiting for Heaven.

I was delighted when I came upon a passage about whippoorwills. I wanted to put up the link to my mention of this bird here, so I did a search for whippoorwill. And I could.not.believe one result. It hasn't been decades since we've had one here, as I said in the post. In June 2013 I wrote about hearing them. Tom and I have absolutely NO memory of this. And we think we know why. Four months after that day, the whole roller coaster of fear and worry began. And afterwards, the joy of having grandchildren - one, two, three. If you are a new reader, you may learn what I'm talking about here.

So after that long digression, here is Gladys' humorous take on her whippoorwills.


I used to think of the whippoorwill as a most romantic bird; once or twice I heard one crying in the north woods in Wisconsin and the sound was exquisite. But that was before I got so intimate with the whippoorwill. He has lost his charms for me. All night long I am jerked from my sleep at ten minute intervals, not by one lone one, but by all his sisters and his cousins and his aunts. I never knew they came in bevies, but if this is just one family group going on so furiously, I know they have sore throats.

The voice of the whippoorwill has a penetrating quality, a kind of feverish intensity as he implores me to whip poor Will. I rise up and assure him, and his relations, just as feverishly, that I would be glad to if I could only get a my hands on them. Romance or not, I like a few hours' sleep.

She goes on to talk about visiting a man's beautiful place in the country.

Mr. Bellamy gave me an odd look. "You have any whippoorwills at Stillmeadow?" he asked.

We didn't mind being woken up one single bit. We hope he found a mate, and that more and more whippoorwills will come next spring.
Posted by Nan