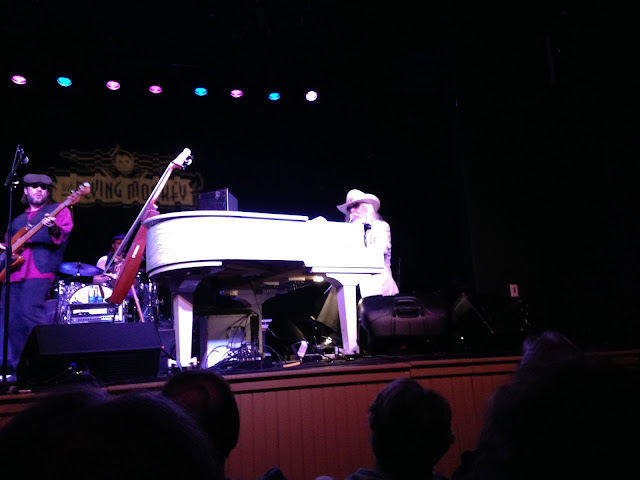 I feel so lucky that I saw Leon from the third row in a small, intimate venue in August 2014. He has been one of my musical loves for a long, long time. He was supposed to be there again last month but he'd had a heart attack this summer. I thought he must be better because he had rescheduled for February. But it was not to be. Sadly for us, happily for him, he died in his sleep today.

We were in the presence of greatness. That voice, that piano playing, those songs.

He was completely unique in the music world, and his death is a deep loss. There is an excellent obituary in The New York Times here.

It was hard for me to choose one song to put up in honor of Leon Russell, but I think this one is the most meaningful to me as a parent, and now grandparent. I wish there were a video of this song, but there are some nice photos that are shown.