The Christmas Letters by Lee Smith 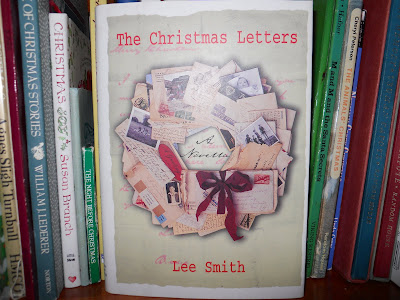 On this, my fourth reading of The Christmas Letters, I found I loved it more than ever. It is one of the best concepts I can imagine - Christmas letters from three women beginning in 1944 with the mother, Birdie; continuing with her daughter, Mary who begins writing in 1967; and then a final letter from Birdie's granddaughter and Mary's daughter, Melanie. They span 52 years, years in which a lot happens in America and in these women's lives. The first ones are very personal, sent to sorely missed family members, while the later ones are to family and friends. There is usually a recipe included which relates to the story told in the letter, and even these recipes show the passage of time. An early letter from Birdie offers a homemade carrot cake which won Mary a 4-H prize, while some years later, Mary includes a recipe for a 'Speedy Italian Supper' from a cookbook called Cooks on the Run. The early letters were handwritten, but in a 1966 installment we read an apology for 'these carbon copies ... but I am in a hurry and we have a lot of news.' There is a particular poignancy when we read of happiness one year with no thought that next year's letter will tell of a death in the family.

If you send such letters, or receive them, you know that the writer tries to put the best spin on the year's events. Troubles are glossed over, with only a line or two about what was most likely a big deal.


We only regret that it did not work out for Joe at Copeland Construction, but we wish you good luck, Joe, in whatever field you decide to go into.

A later letter from Mary says, all in capital letters:


A REAL CHRISTMAS LETTER, THE FIRST EVER

in which we learn the truth behind events and people mentioned in past letters.

Lee Smith is a wonderful storyteller, and this is a very special book.
Posted by Nan