Back by popular demand

Margaret didn't really plan on having a Hallowe'en party this year, but people asked and she did! Last year's party is here.

It was another warm evening. We haven't even had a frost yet! Unheard of around here. But it has meant that the lovely autumn has gone on for a longer time.

The kids and parents were down the hill until it got dark and then they made their way along the trail to our house. There were even more creepy delights than last year.

This one probably wins the creepiness award! Tom moved the tractor down into the field so the spider would have a home. There were battery candles that lit up at night. 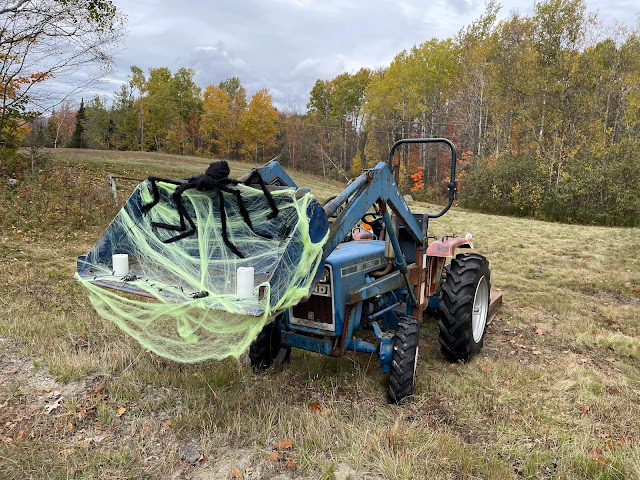 And here is a closeup. 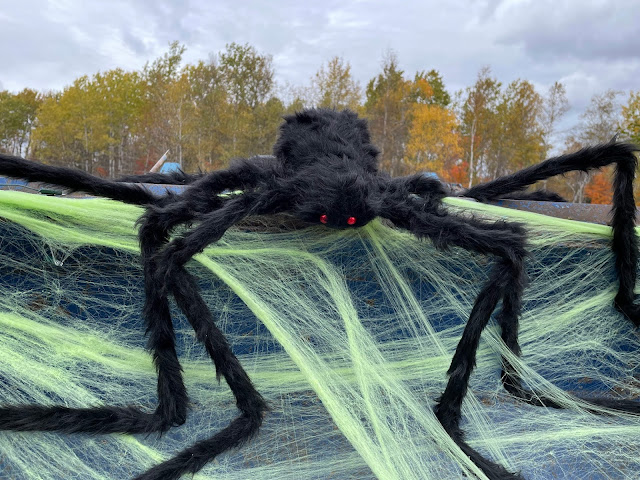 The "graves" were made of styrofoam. 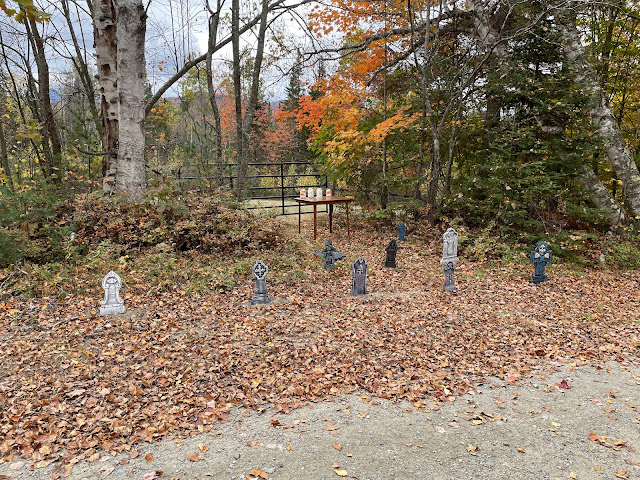 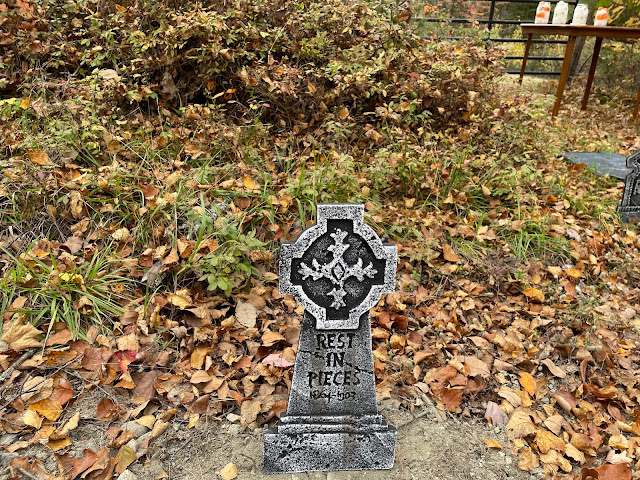 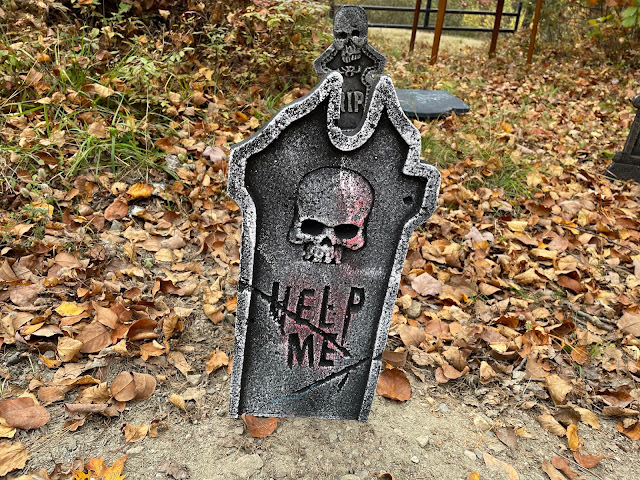 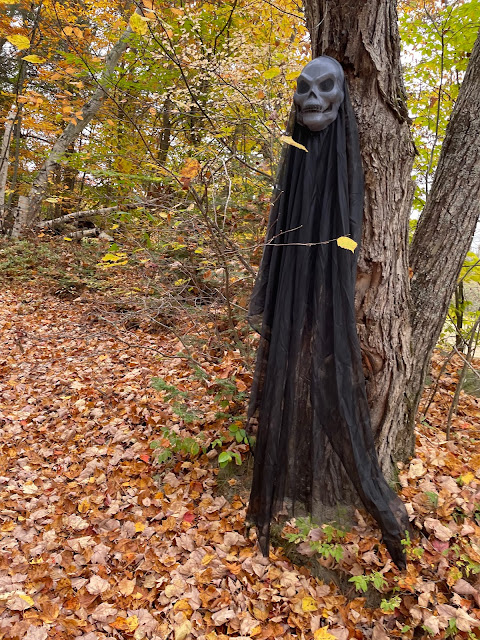 There were lights along the road to brighten the path. 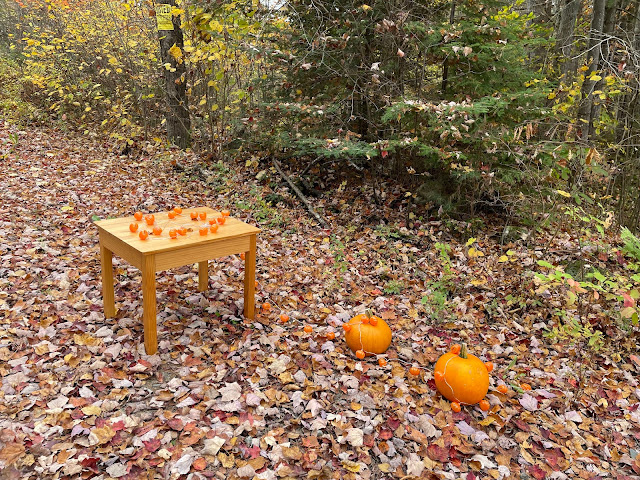 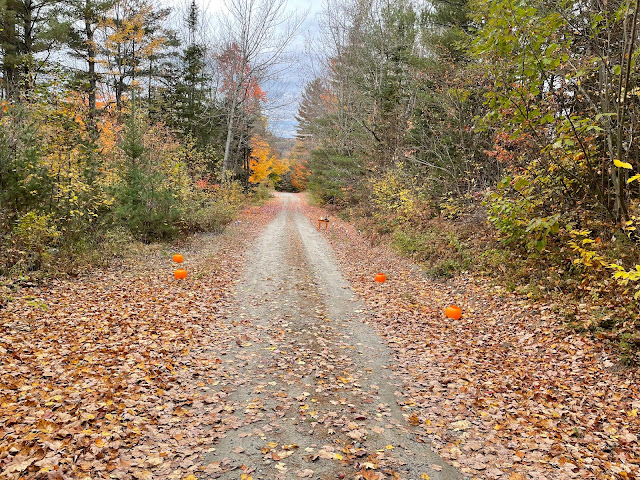 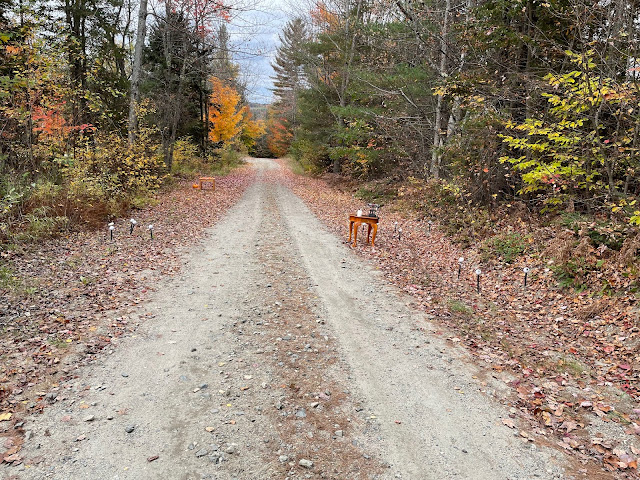 The two last pictures were taken as I walked down the hill, not up to our house. Margaret's driveway is to the left by the orange maple tree.

When the kids arrived at our house this is what they found. 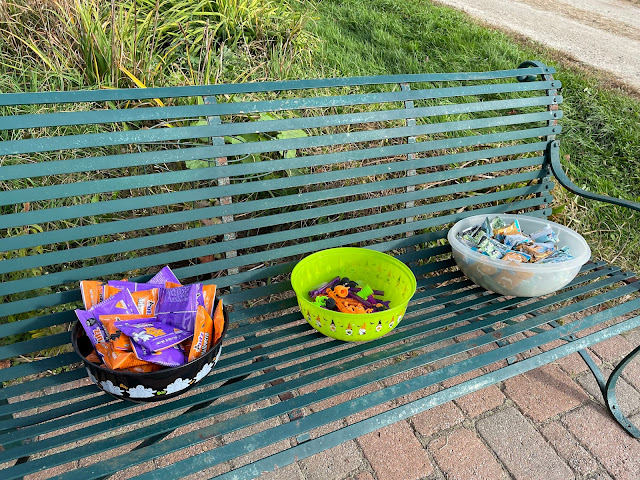 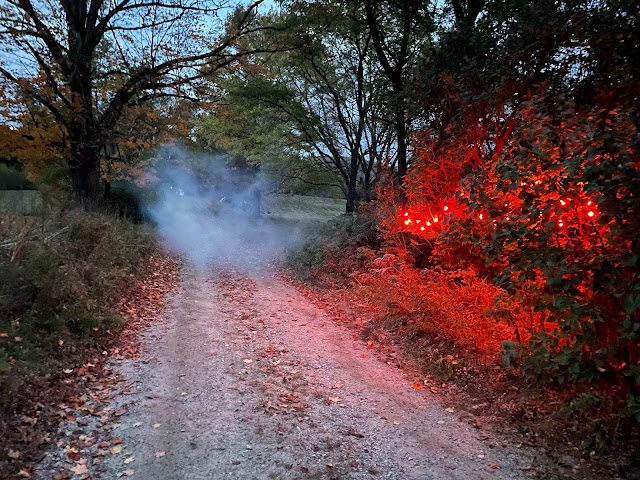 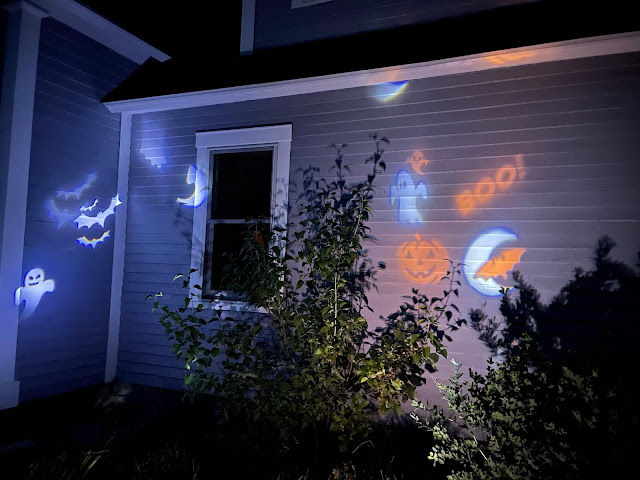 Some views of the path after dark 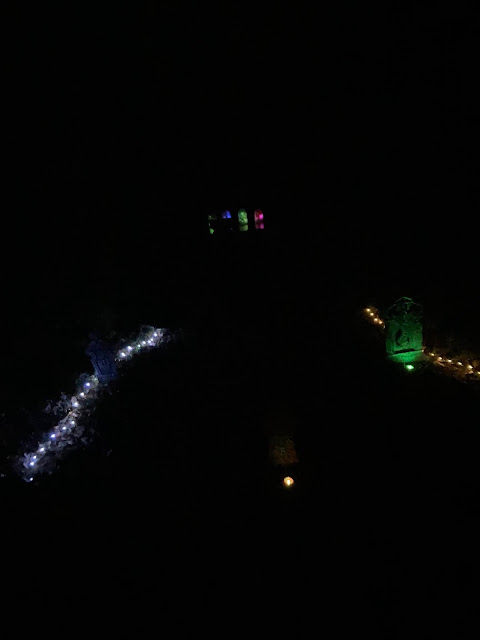 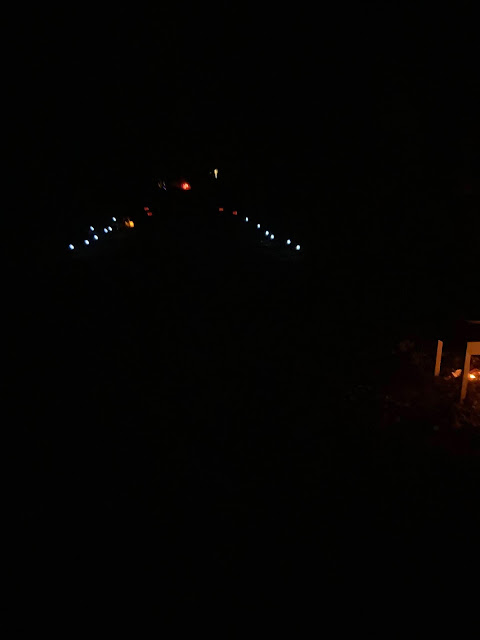 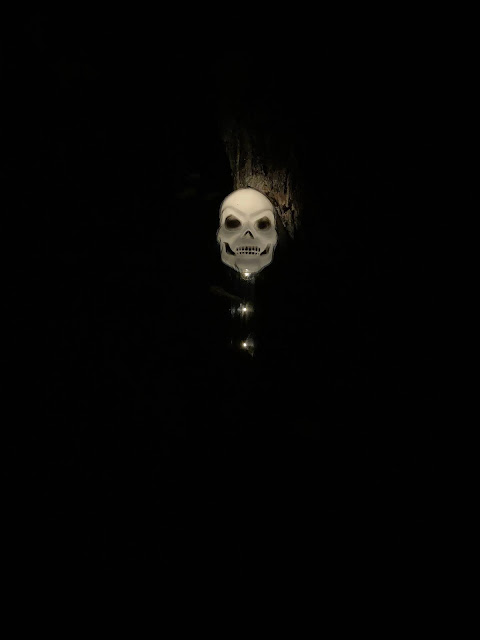 It was a spooky, magical, and wonderful time! Again, we are so very lucky to be a part of it. Many people thanked us and I told them this is all Margaret and Matthew and Hazel. Year two of putting together a great party. One of the mothers took a picture of all the kids and put it on Instagram with the words, "Best Halloweeen Party Ever".
Posted by Nan