Today Tom took two trips to get hay. The first was the feed store in the next state - the place where you can get five bales a week. And who knew that five bales would fit in a VW Golf! He put down the back seat, and voila! 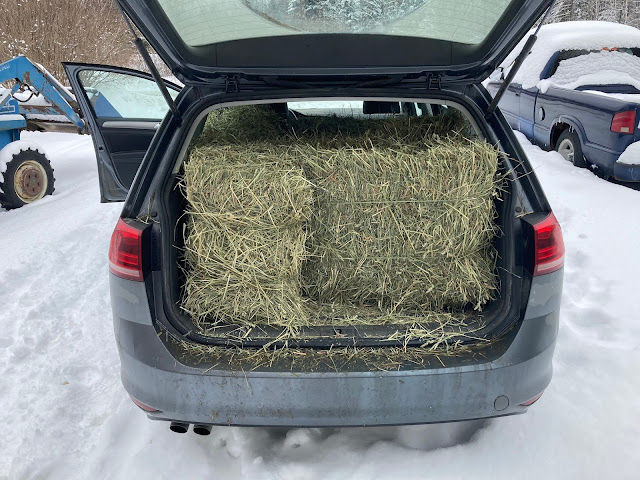 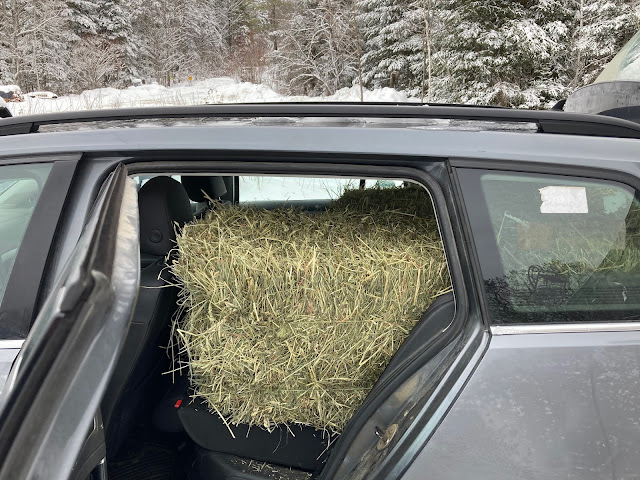 That truck in the first picture is Matt's old, now dead, S-10, a truck much loved by those who had one. You can't get small trucks anymore. They are all huge - too huge in my estimation - and they cost a fortune.
Trip two was to a lovely place a few towns away. Turns out the guy cuts many fields and then sells the hay. Tom got four bales there, which were a bit bigger than the first load. So, nine bales in the barn. Money in the bank. I think we are going to try and sign up for next year's hay. Although I don't get political here, I am going to say that it has been a stress this year getting hay and feed at our usual store. It is one of the stores in the big town next to us where they refuse to wear masks. Most of the stuff we get is outdoors, but Tom still has to go inside for dog food, bird, and deer food. He's been going to another place sometimes, but the store is the only show in town when it comes to hay. I think it would be lovely to drive down to the new person's place once a week and get lovely, local hay.
So, there we are. Good for now. Haven't heard back from our friend yet, but that may well be another source. A tentative "whew".
Posted by Nan