Rust isn't only on cars

The last time I grew hollyhocks was four summers ago. If you type hollyhocks into the search bar, you may see them. When we decided on the new garden this year, I wanted to plant them again. We started the seeds inside and they were a good size when we put them outdoors. For a while the plants were a lush green and very healthy. They got tall and the buds looked great in this picture from July 30. 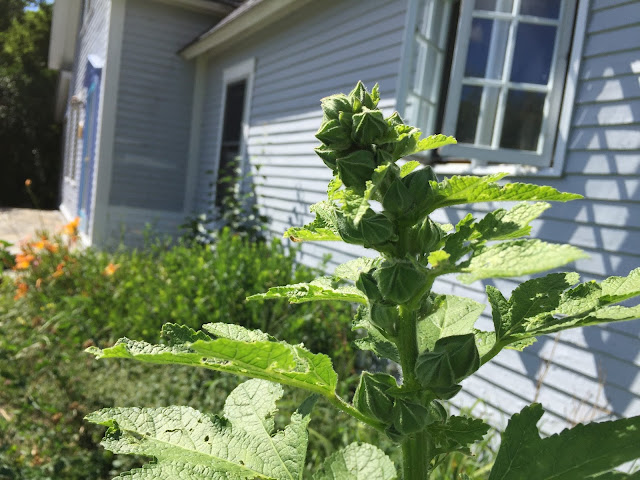 but the leaves had these odd little spots. 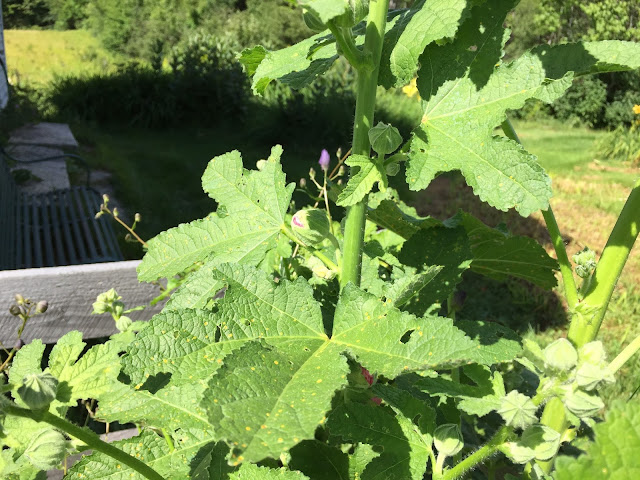 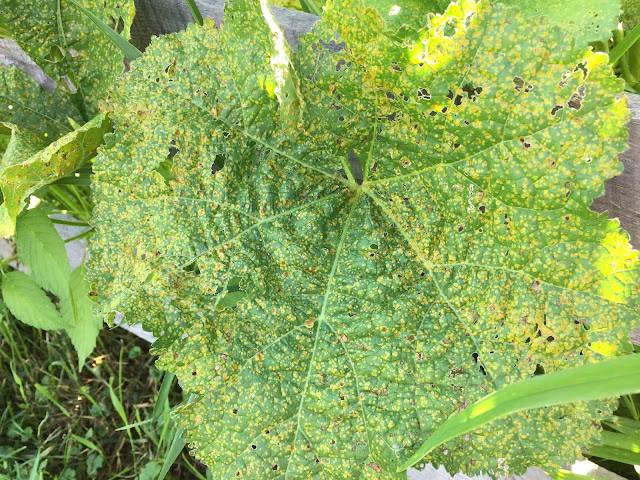 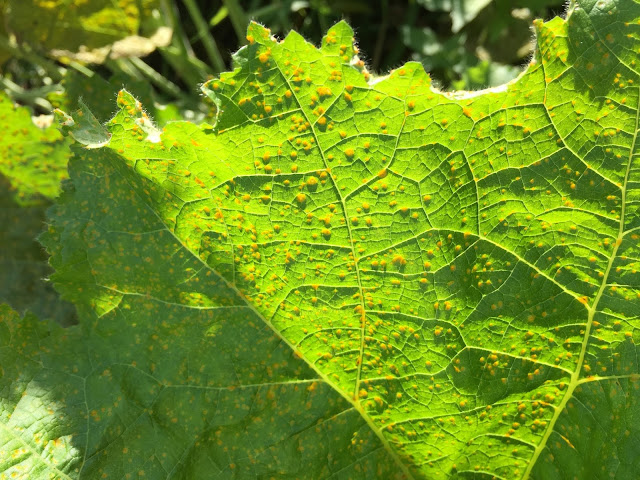 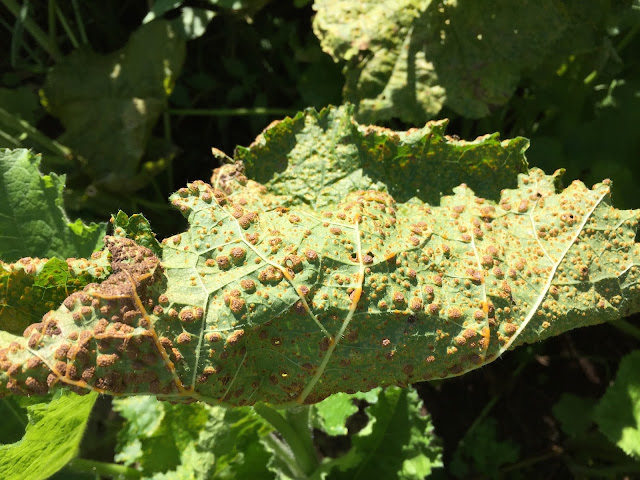 And now, a couple weeks later 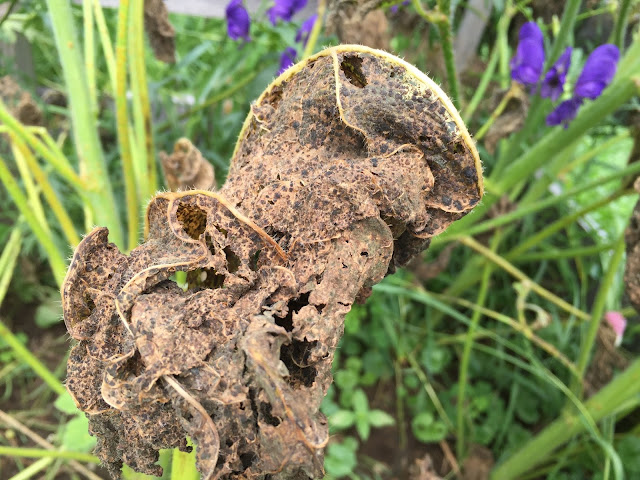 Even the buds are affected 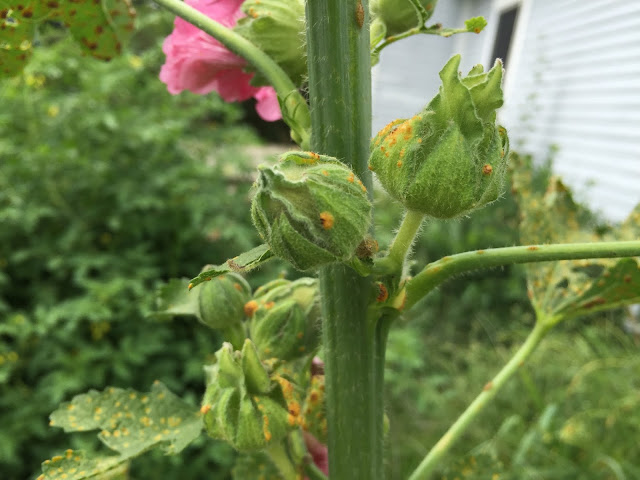 But amidst all this ugliness, the hollyhock flowers continue to open and bloom and look as beautiful as any prizewinner, as long as you focus on just them! 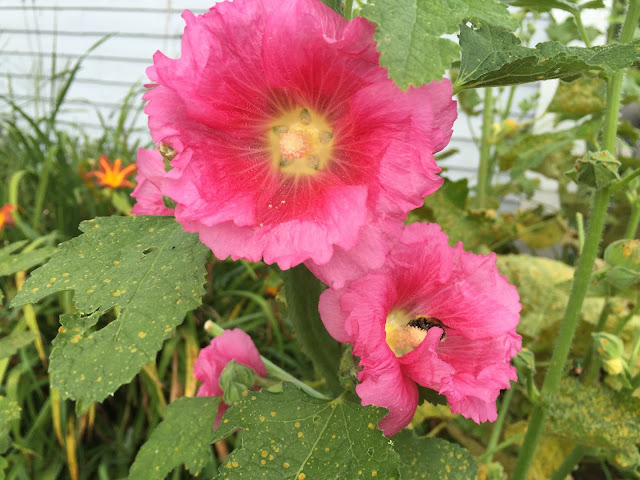 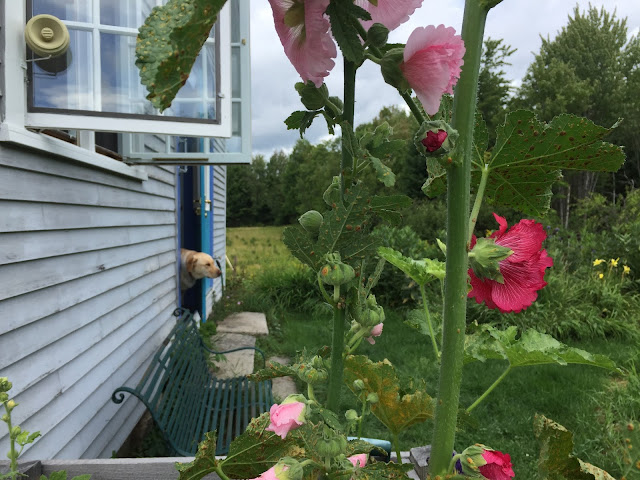 When the problem first appeared I searched online and found a very informative site.


Puccinia malvacearum, the rust fungus that infects hollyhock, causes yellow spots on the upper leaf surface, and orange-brown raised pustules on the lower leaf surface.   Wet conditions promote infection by the rust fungus. The lower leaves typically show symptoms first, and the disease slowly progresses to upper leaves over the summer. Infected leaves eventually turn brown, wilt, and die. Wind and splashing rain help spread the spores of the fungus, so spacing plants to promote good air circulation can help slow the progression of the disease. Because wet conditions favor infection, water the soil around the plants rather than wetting the leaves with overhead irrigation if possible.

I grew them in the corner of the fence, and they were too crowded. Four years ago, they were out in the other garden with plenty of airflow. I did have a big problem with Japanese beetles but no rust. This year there have been very few of them around anywhere. Funny how bugs go in cycles.

So I plan to clean up very well, and next year I won't grow them in the same place again. I'll give them lots of space and will water from below.

And I wanted to note that the mallow was also affected by rust. Hollyhock and mallow belong to the same family malvaceae.

When I mentioned in the post about the new garden that I had a whole blog entry planned on hollyhocks, both Lisa and Stephanie commented that they have a terrible time with rust, so here's hoping these tips will help all of us! Stay tuned to see if next summer's hollyhocks are rust free.
Posted by Nan