An Afternoon with Campbell Walker and Indy Thomas

Last Thursday was the first time that we were alone with both our grandsons. We had taken care of Campbell the day that Indy was born which I wrote about here but hadn't taken care of both of them.

Michael was working and Estée needed to do a couple hours of her work so we went down to help out. She stayed for a while, and then left quietly. Campbell wasn’t concerned at all that she wasn’t there. And neither was Indy until he woke from his nap and didn't see his mama. Luckily she arrived five minutes later.

We had such a wonderful time! But my goodness, the old adage is absolutely true that 'one is like none, and two is like ten!' As I said to my daughter afterwards, 'how did I ever do it? Oh yeah, I was thirty years younger! Haha.' We had our running shoes on with Campbell Walker, that's for sure. He has two speeds, straight out and stop. He took us all over the yard showing us everything. 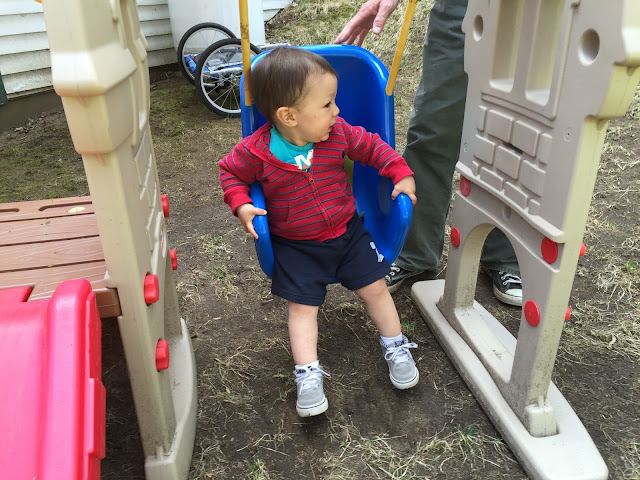 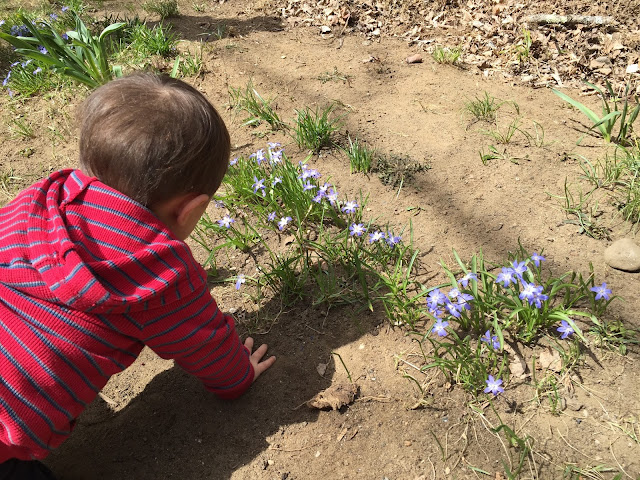 He loved playing in our car - pushing every button and knob, 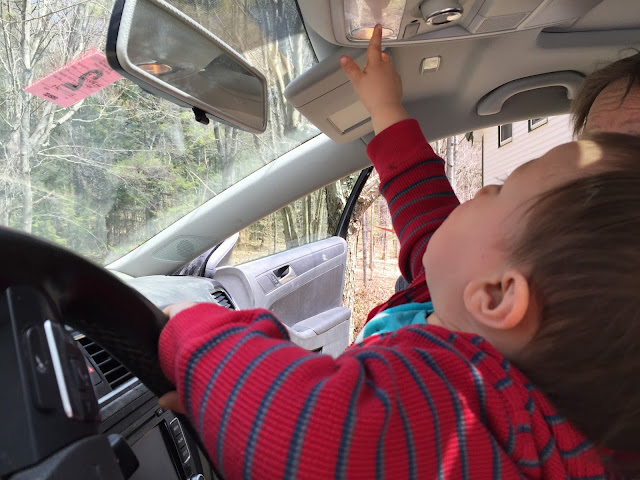 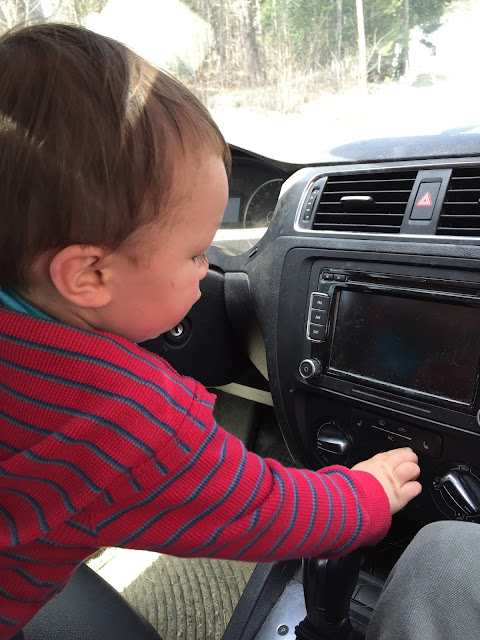 while I carried Indy Thomas around. He is such a cheery little fellow! 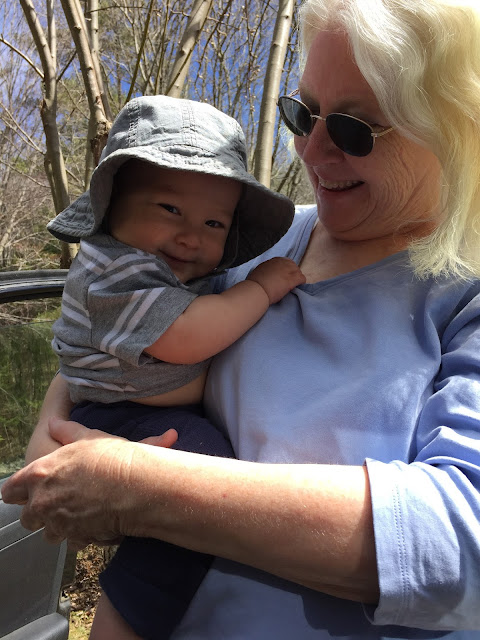 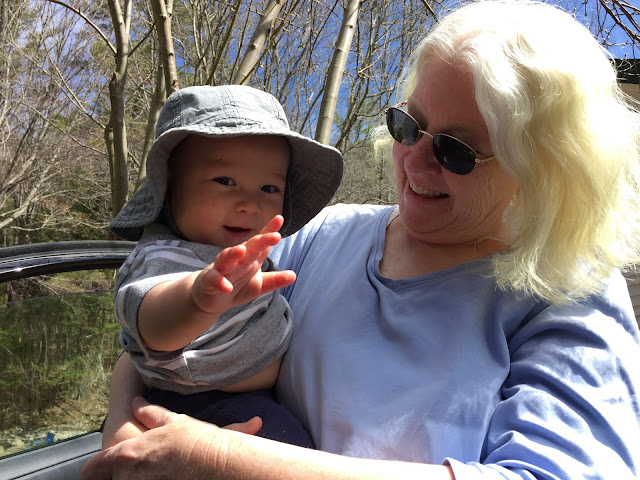 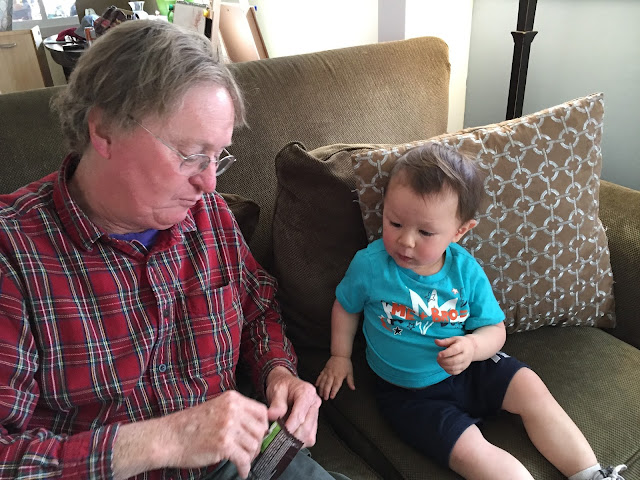 And we gave him the first book from the show Puffin Rock, which I mentioned the other day. Who's that? Oona. 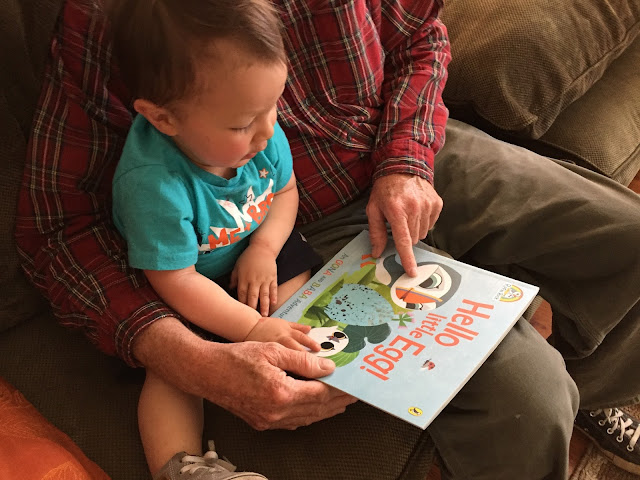 Of course, after reading the book they had to watch the program, 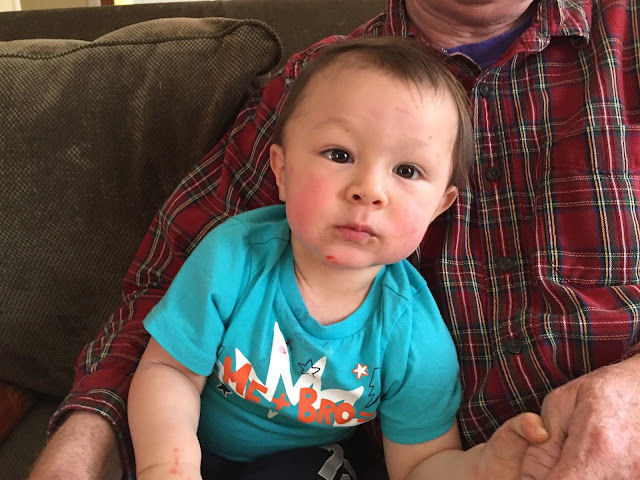 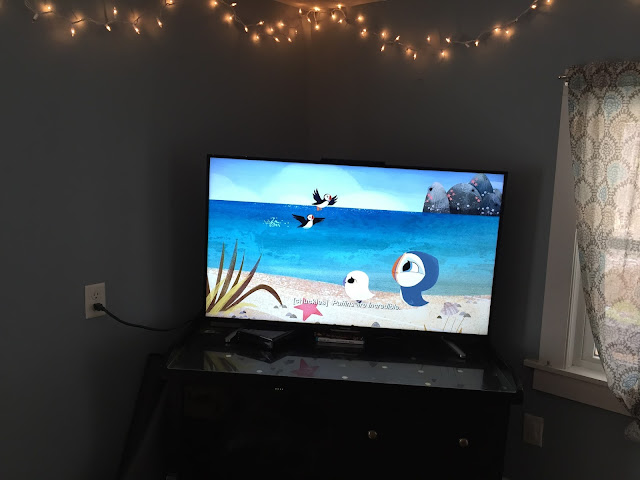 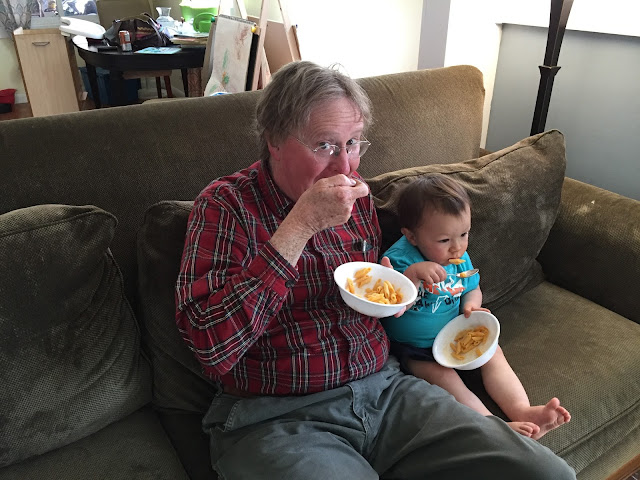 And what was Indy Thomas doing? Riding along in his buggy, eating a snack from the shelf I posted about here. 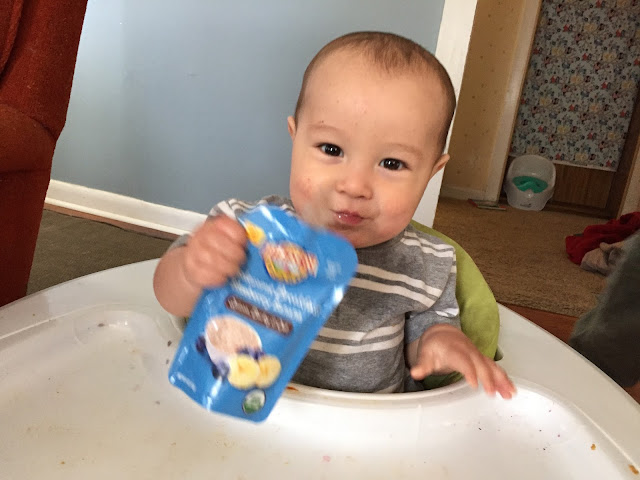 And playing with the crocodile click-clack which used to belong to his cousin, Hazel Nina. 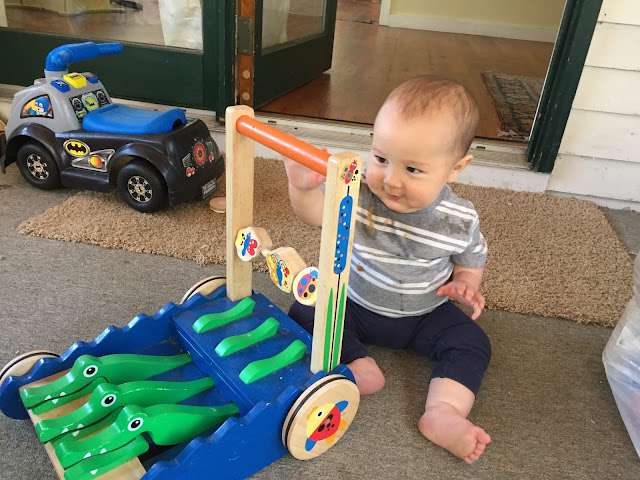 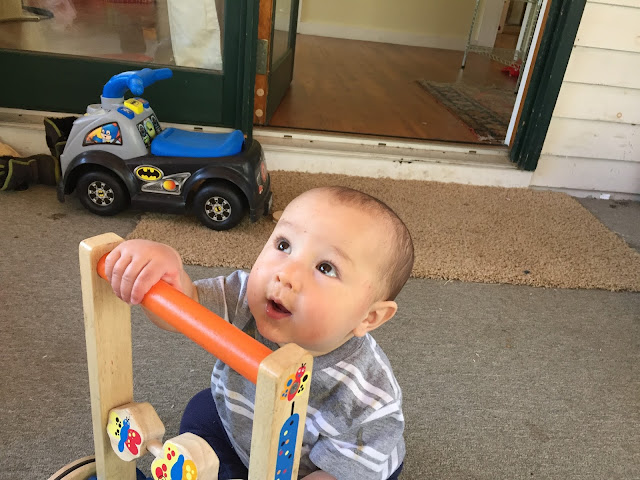 Pretty soon he got sleepy, and as I sang him 'Take Me Out to the Ballgame' he closed his eyes and I put him down on the bed. 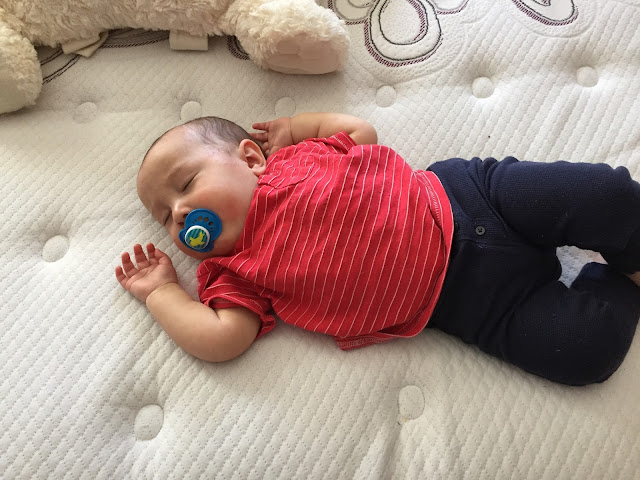 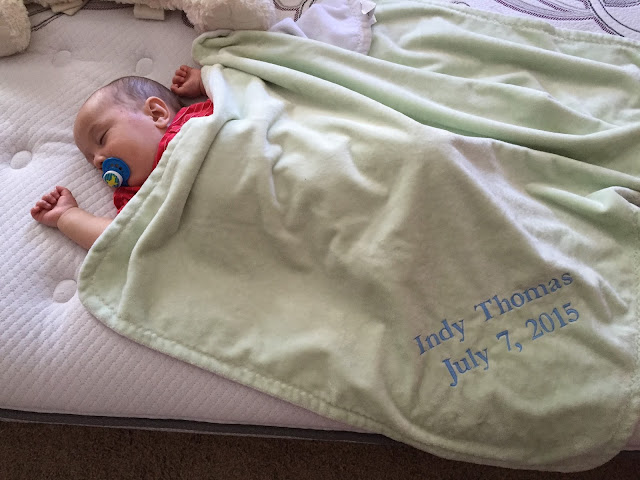 I sat with him for an hour as he slept while Tom and Campbell played downstairs. Tom was so busy he didn't take any pictures.

A happy, great day with Campbell Walker and Indy Thomas!!
Posted by Nan

Labels: An Afternoon with Campbell Walker and Indy Thomas