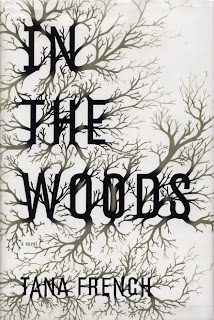 I had been advised by old friends who know my reading preferences that this series was probably not for me, and from the little I had read about it, I agreed. So why did I read this? I was wooed by hearing the author on the Diane Rehm show. You may listen to it here. I did alright with this one, but could read only a little of the second in the series, The Likeness without getting thoroughly creeped out. I had been reading on the Kindle and, as you may know, the Kindle is for bedtime reading only for ease of holding 'the book.' I think I'm going to try the paperback and read it downstairs during the daytime. I do want to continue on with these characters, and think I can do it as long as it isn't just before sleep. I was actually dreaming the story on the nights I read it. Impressionable me. :<)

In The Woods features one of my favorite crime novel devices - a case from the past intersecting with a current crime. And this book has a particularly interesting slant in that the detective was actually involved in the earlier one. Three children went into the woods one day twenty years ago and only one, the detective Rob Ryan came out. Weaving memory and facts and personalities in and out of the story, Tana French has written an excellent book. There are twists and turns aplenty, and I was riveted all the way through. Just that Blair-witchy cover is enough to scare one. 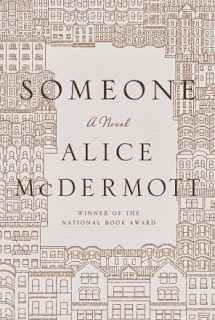 I’ve read that some think this book rather slow and that nothing really happens. Well, that is just my cup of tea. I like the mundane, the quiet, the regular. I found it supremely moving, and I cared so much about Marie, the main character. The book is so beautifully written. If you’d like to know more details, and read a wonderful review you may visit here. 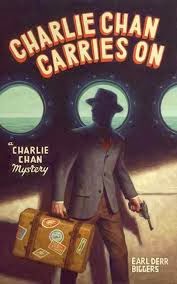 It is fascinating how many older books take place, at least partially, on board ship. That was the way to travel. If you wanted to go to other places you had to suffer the mal de mer. I had it once on a whale watching field trip and I spent that time in the bathroom throwing up. I’ve never felt so sick. It is an indescribable feeling. In this book Charlie takes a sea voyage to find a criminal. I am so enamored of these mysteries. When I finished, I saw that the 6th book The Keeper of the Keys wasn't available for the Kindle so I ILLed it from the library but didn't get a chance to finish. I just checked Kindle again, and it was there, so I bought it. 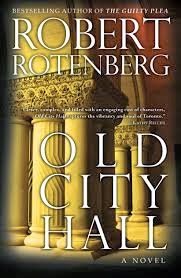 I wrote about this previously. If you'd like to read the book report, you may click on the title. 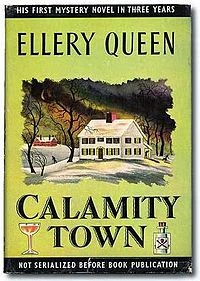 I read this in advance of going to see a live performance of the story. Playwright Joseph Goodrich adapted the book and it was presented in a world premier in the very town in which Ellery Queen set the story, Claremont, New Hampshire. We saw it in a lovely old theatre, at an afternoon performance. We heard of it through a publication which has been mentioned here before, Old-Time Detection. The man who puts it together, Arthur Vidro, both directed and acted in the play which made a lovely experience even more special. Here is the blurb:

The first Ellery Queen novel set in the fictional town of Wrightsville, NH, has now been adapted for the stage by Joseph Goodrich. Set in the early 1940's, the story concerns life in a small New England town and how a crime affects one of the town's leading families. It is a sober drama containing a terrible crime, with one thumb always on the pulse of the town's wavering humanity. Produced by the Off Broad Street Players with full permission of the Ellery Queen estates. Directed by Arthur Vidro. 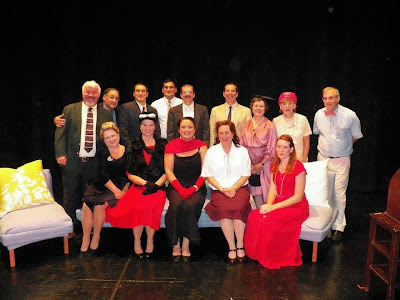 I’ve read only a few Ellery Queen books, but each one was erudite and layered. There’s always a lot going on. The story isn’t pleasant to read in that there is a lot of cruelty heaped on people by their former friends. There was a little bit of the feeling of Shirley Jackson’s The Lottery; not as vivid or blatant, but nasty nonetheless.