The yellow goldenrod is dressed
In gala-day attire;
The glowing redweed by the fence
Shines like a crimson fire;
And from the hot field’s farthest edge

In shining blue the aster wild
Unfolds her petals fair;
The clematis, upreaching, seeks
To clasp and kiss the air;
The brilliant poppy flaunts her head
Amidst the ripening grain,
And adds her voice to swell the song
That August’s here again.

The dusty thistle by the road
Scatters a silvery spray;
The sun pours down his scorching beams
Upon the fainting day;
The blackberry vine bends with its weight
Of fruit down in the lane;
And adds its testimony, too,
That August's here again.

The wild hop, from the young elm’s bough,
Sways on the languid breeze,
And here and there the autumn tints
Gleam faintly through the trees.
All Nature helps to swell the song
And chant the same refrain;
July and June have slipped away
And August’s here again. 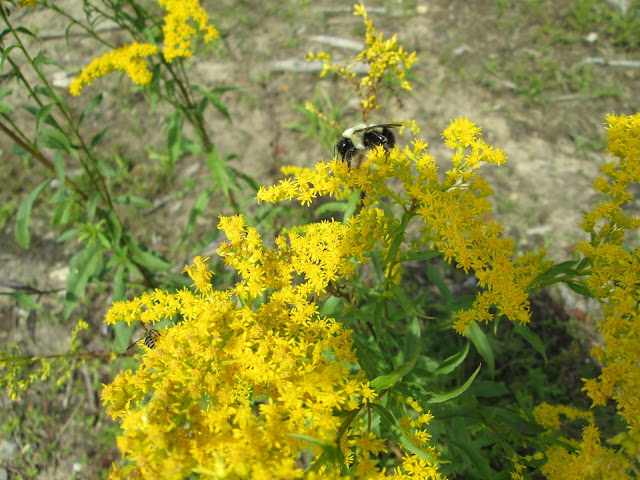 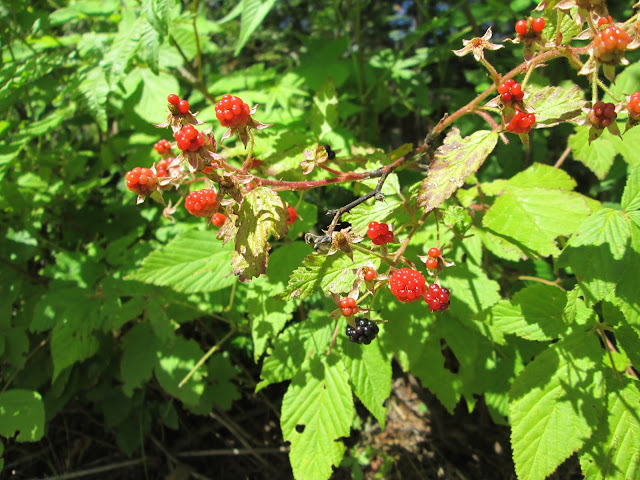 Though she doesn't mention them, there are lots of apples this year. These will be given to the barn animals. 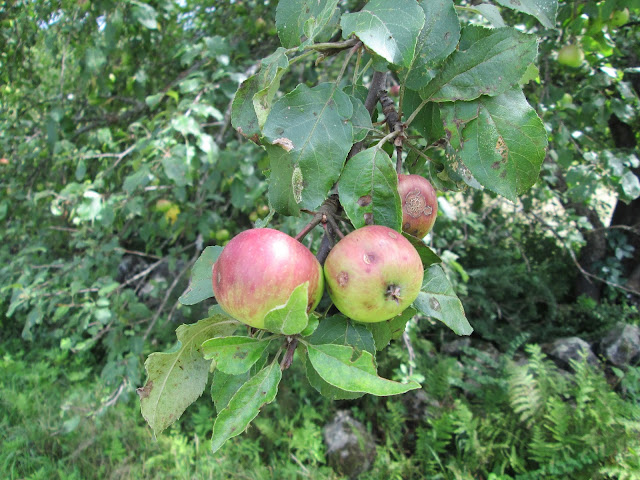 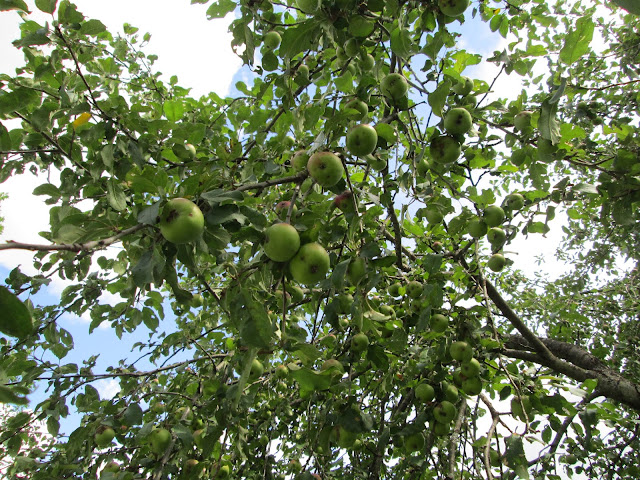 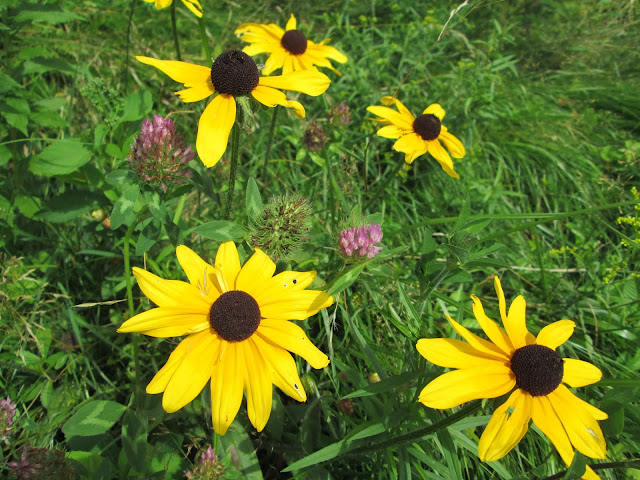 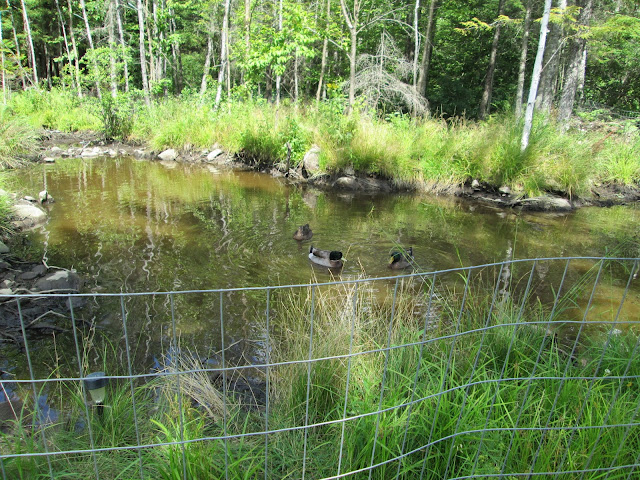