Remembering the Bones by Frances Itani 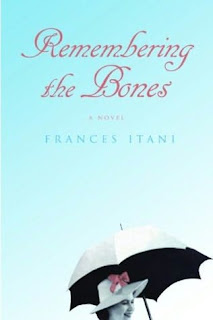 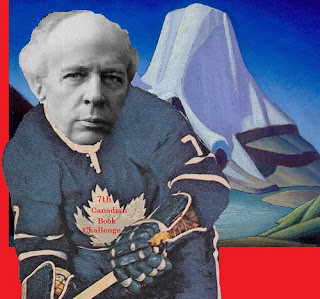 I began my year of reading Canadian authors for the 7th Canadian Book Challenge with Frances Itani's Remembering the Bones. I knew nothing about the book before I began reading - all too rare in my experience, but a state I really love.

The Master of the Household has received Her Majesty's command to invite Mrs. Georgina Danforth Witley to a Lunch to mark the 80th Birthday of the Queen.

Ninety-nine men and women received the invitation, in all parts of Elizabeth's kingdom, every one of them born the same day.

Within a few pages, Georgie leaves her home in Wilna Creek, Ontario for the airport to attend this luncheon. There's a tiny note of foreshadowing before she gets in the car.

Shouldn't she gather up her things, walk out the front door, come back in, sit for a moment and then depart a second time? It's what characters in Russian novels do - to ward off ill fortune, to ensure a safe journey. But no, she has to get moving.

We read so much now about texting and driving, or eating and driving, or any other activity which may take our attention away from driving the car. In less than a second life may change from that inattention. In Georgie's case all she does is check her wrist to be sure she hadn't forgotten her watch.

Because her attention is on her wrist, she allows the steering wheel to twist slightly to the right. In a split second, the right front wheel slips off the pavement.

As she lays in the ravine, and is quite certain no one will rescue her, she begins the process of thinking about her life and the people who have been important to her in that life. These remembrances happen via a brilliant device. When she was a girl there was a Gray's Anatomy which used to belong to her grandfather. She memorized the bones, and Frances Itani uses these bones physically and metaphorically as chapter headings. Georgie thinks and remembers and recites and sings to keep her mind working. She's injured, but not drastically so. She would be fine if she could get to a hospital. The problem is that she has said her goodbyes, and told people she will see them when she gets back from England. No one is expecting her, no one will be calling, no one will wonder if they don't hear from her. What a situation. Her memories are her shield against panic.

One of the things she ponders is her lifelong connection with Queen Elizabeth, whom she refers to by the childhood nickname of Lilibet. There are a lot of us who relate to the Royals in this way. Even in my own family, Tom's mother is about Elizabeth's age, I am Charles' age, Margaret is William's age. As was obvious with the birth of George Alexander Louis last month, there is a world of us who love these people we will never know. Curious, but true.

There are not so many people in Georgie's life that the reader has any trouble keeping them straight. Her memories of her family bring joy, regret, understanding just as would be true of any of us looking back upon eighty years of living. I found her stories very interesting. They were most illuminating of the characters and the times in which they live(d). I was surprised that I could read on like this without thinking about the probable ending, but honestly I was so drawn into the book that I almost forgot that she could die at the end, and when I finished I realized that it didn't matter terribly to either Georgie or me what was the outcome of this accident. I find that utterly amazing.

This is a wonderful book - slow, pensive, kindly, and beautifully written. And I adore the book cover.

There is an excellent interview with Frances Itani here, and a stellar review of Remembering the Bones here. 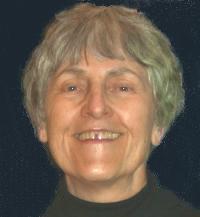 Frances Itani, novelist, poet, essayist, was born in Belleville, Ontario, and grew up in a small village in rural Quebec. A Member of the Order of Canada, she has a BA in Psychology and English, and an MA in English Literature. Prior to writing, she taught and practised Nursing for 8 years.

Frances has written 15 books, including novels, poetry, short stories, and children's works. Her WWI novel, Deafening (HarperFlamingo 2003), won a 2004 Commonwealth Prize for Best Book (Caribbean & Canada region), was shortlisted for the 2005 International IMPAC Dublin Award and the 2005 William Saroyan International Award, and won the 2003 Drummer General's Award. It was chosen for CBC's 2006 Canada Reads, as well as Radio Canada's Combat des Livres. Her most recent novel, Requiem(HarperCollins 2011), was shortlisted for the Evergreen Award and the Ottawa Book Award, and was one of The Washington Post's top 50 fiction books for 2012.

Two new short novels, Missing (2011), and Listen! (2012) were written for Good Reads (Grass Roots Press/ABC Life Literacy Canada), a series promoting adult literacy and learning. Frances reviews for The Washington Post, and has written for such publications as The Globe and Mail, The Walrus, Canadian Geographic, Saturday Night, and The Ottawa Citizen. She has travelled extensively, has taught for many years, and has been involved in humanitarian and volunteer work all her life. Currently, she is on the Advisory Board for Youth in Motion's Top 20 Under 20. She lives in Ottawa.
Posted by Nan